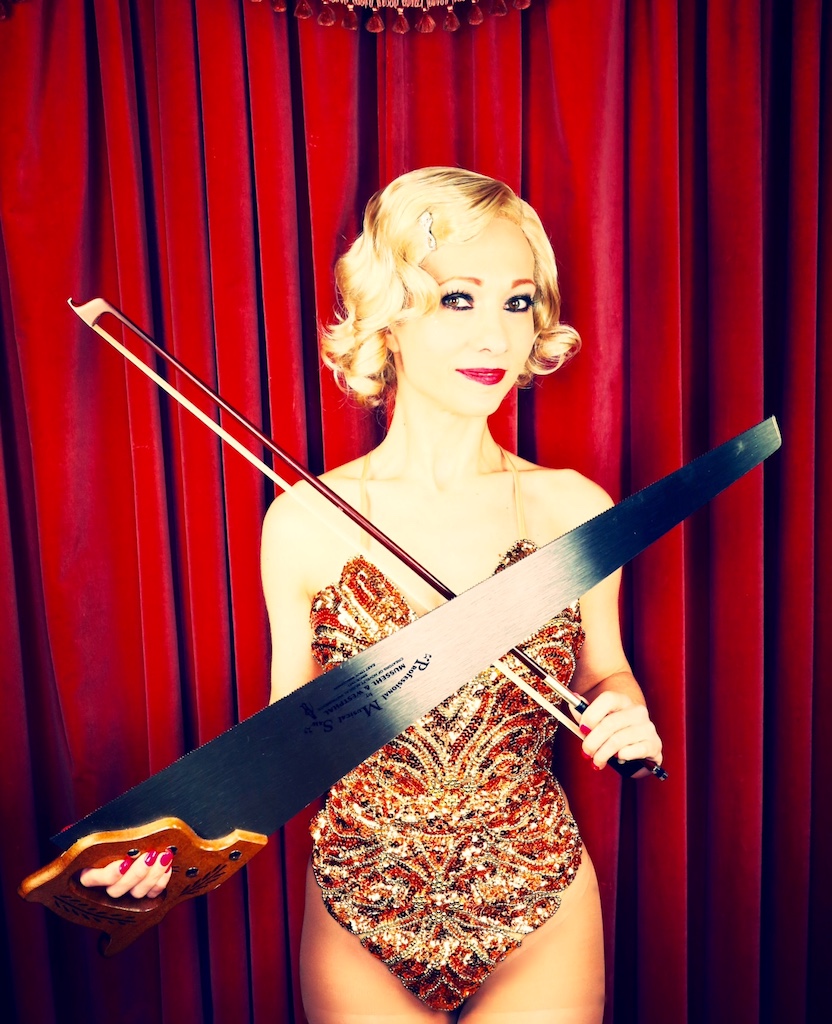 In Karbaret Dietrich we’re introduced Marlene Dietrich’s character Lola from The Blue Angel film which made her a star.

Lola tells the story of Marlene from her early beginnings as a musician to when she died without a cent to her name.

Though Nouveau’s voice, accent, ability to speak and sing flawless German and French was excellent, I felt that the show was not quite complete.

The timeline of Dietrich’s life jumped around and she repeated several facts about Dietrich’s character creation of illusion and mystery utilising makeup, wigs and facelifts using tape.

I felt that Nouveau had just chosen the songs she loved to sing which she sang well but relied too much on that without enough storytelling in between.