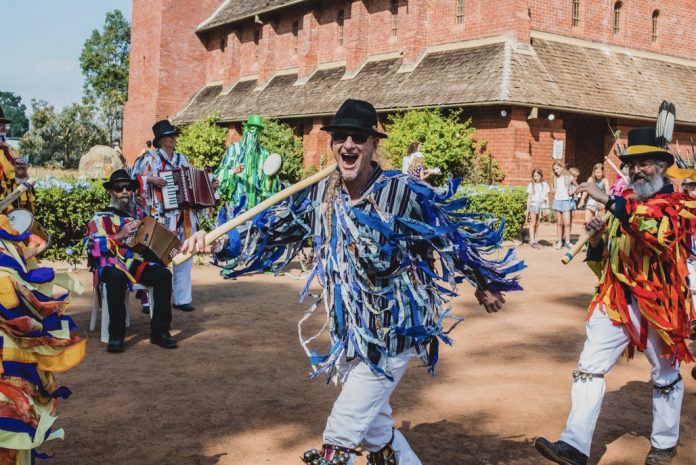 WA’s longest running music festival is back for its 27th year with a handcrafted program of more than 100 acts featuring the best in folk, world, and roots music alongside dance acts, workshops, stalls and activities for all-ages.

Happening from 26-28 April in the magical setting of Fairbridge Village, Pinjarra – one-hour south of the Perth CBD, expect three days of unique entertainment with music spilling from marquees and historical buildings, colourful markets including dozens of amazing food and drink stalls, and idyllic car-free camping grounds.

Fairbridge Festival’s Artistic Director, Rod Vervest says the Festival is accessible to everyone with the triumphant return of some festival favourites and new acts that you’ll hear for the first time.

“This year’s program is bursting at the seams with some of the very finest of American new acoustic masters like Kittel & Co.; some of the UK’s busiest live bands including Mànran (Scotland), Jigjam (Ireland) and Edgelarks (England); and a delightful Italian focus starring international world music superstars, Riccardo Tesi & Banditaliana, and SONU andI Viaggiatori featuring Kavisha Mazzella –both Austro-Italian folk bands with poignant migrant stories,”he says.

“Coupled with comedy, children’s events and a creative splash of new site decorations, Fairbridge Festival 2019 will be another unmissable event featuring acts you’ll fall in love with”.

Other musical highlights include the return of high-energy bluegrass band Flats and Sharps (UK) – a resounding crowd favourite at Fairbridge Festival in 2017; the incomparable Rory McLeod (UK) – a one-man soul band, poet and story-teller; and the most renowned shanty group in the world, Kimber’s Men (UK).

In addition to the music, Fairbridge Festival has an incredible dance program curated by dance artist and creative producer, Annette Carmichael, to ensure you’re entertained all weekend long.

Highlights include the return of Jesse Teichelman with his upbeat hip hop workshop and Taonga Maori –a workshop of traditional Haka performance and learning.

The full program is now online. See you under the trees and stars at Fairbridge Festival 2019! www.fairbridgefestival.com.au

The Fridgetown Fest in Bridgetown makes an ideal winter tonic