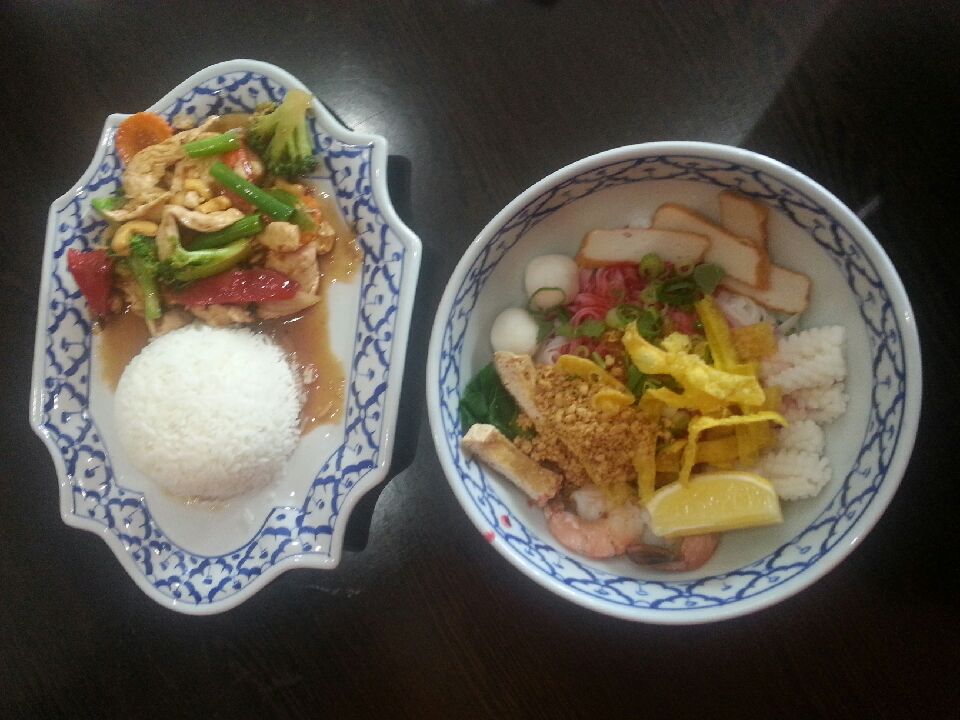 THIS month we met up at Wellington Bus Port to make our way to a Thai restaurant in Perth called The Bangkok on William.

A lovely meander from the city piqued our appetite which was soon satisfied as the restaurant offers an extensive $12 lunch menu.

The interior was clean, light, bright and airy. The two main walls were each decorated with eye catching traditional tapestries which were illuminated by a large but elegant chandelier.

There was a choice of yen ta fo as a soup or dry noodles. I chose dry which was delicious. The bowl was a tasty combination filled with squid, prawn, fish ball, fish cake, fried wonton, tofu and vegies.

The chicken and cashew nut stir fry was served on a blue and white patterned plate (see photo) which enhanced the meal and was beautifully presented.

Mixed vegetables and rice accompanied the chicken and cashews.

The cashews were just on the edge of being soft, the chicken very moist, the sauce perfect for both the vegetables and chicken and the nut combination was spot on.

If we preferred, we had the option of spices to our liking. What a gem! 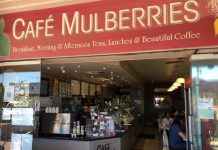 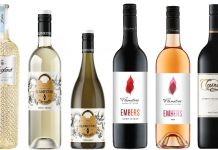 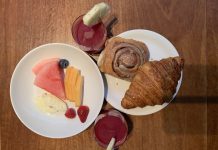 Brunch with T. venturing south to Six Willows in Willetton

Brunch with T – a simple sarni in Shelley made for...