Everything in moderation is Miriam Winter’s top tip for a long and healthy life.

“Eat as many fresh fruit and vegetables as you can, get out and about and meet people and do everything else, especially drinking, in moderation,” says the 99-year-old Alice Ross-King Care Centre resident who will celebrate her 100th birthday on 30 March.

Miriam was born on that date in 1920 and grew up in Bristol with a sister and a half-brother and half-sister.

She met her future husband of 64 years when she was out for a summer walk one evening with a friend, and they courted for three years before her mother allowed them to marry, when Miriam was 20 years old.

The couple went on to have three children – two girls and a boy – and in May 1952 they left England and spent a month on a ship called the Larg’s Bay as they sailed over to start a new life in Australia.

“England after the war was very dreary and we honestly thought we would give our kids a better life if we emigrated,” explains Miriam, who left school at 14 to work in a tobacco factory and then for Bristol Telephone Exchange.

“We originally were looking at New Zealand, but then the process was taking so long that we decided to move to Australia.  We arrived on 3 June 1952 to start our new life.”

Miriam, her husband Len and their three children, spent a month in a camp at Point Walter before spending three years in temporary accommodation and then moving on to Yokine where they lived for many years.

“Australia has been a wonderful place for us to live and we have had lots of opportunities here,” said Miriam, who has been classified as legally blind for the last seven years.

“Since I’ve been on my own I’ve tried to live a very full life.  Currently I play carpet bowls on Monday, Bridge on Tuesday afternoons and then on Wednesday I go on the shopping bus.

“Joining clubs and being sociable is a really important thing to do I think, I get a lot of people asking me how I’ve made it to (almost) a hundred years old, and I tell them to remain social and stay involved.”

Happy birthday Miriam, from everyone at Have a Go News, RAAFA and the Alice Ross-King Care Centre. 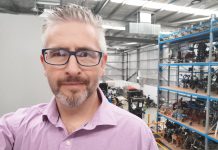 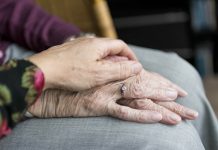 Bob Ziegler’s recipe for a long and healthy life