Iskov and his pop-up dining experience Fervor travel the length and breadth of the state, partnering with indigenous land owners to source and utilise seasonal and regional foods.

He says it’s not only about preparing and cooking the food but providing the opportunity to educate diners about bush foods.

After completing his apprenticeship in the south west, Paul spent about five years at Amusé and then went on a cooking tour working at some of the top 50 restaurants of the world including Vue De Monde, D.O.M Coi, Pujol and Noma.

On returning home in 2013 he was extremely inspired and wanted to utilise the knowledge he had garnered, so he planned a pop up dining experience in a barn which turned out to be very well received. So began Fervor.

“I was always interested in native Australian ingredients and working in those restaurants opened me up to experiencing ingredients which were very local, native to their region and not often used in restaurants or cooked at home,” he said.

“I love that there are so many different flavours and textures in bush food and sitting down and learning about them and working them into my cuisine.”

Some of the destinations they have popped up at include the Pinnacles, Karijini, Margaret River and Albany.

“We have a core team of three of us and when we go to each location we utilise local chefs and front of house people to help out and we encourage local Aboriginal trainees to help and work with us at the events.

“One of the main things we try and get across is to do something in a respectful way with the traditional owners. They are the ones who have looked after and lived off this land for thousands of years.

“I believe this is a great way for indigenous and non-indigenous people to work together and I think it’s important to include local Aboriginal people when we promote traditional bush food,” he said.

Have a Go News met Paul and his team late last year when he showcased some of the dishes he will serve at the Karajini experience in April.

Who would guess that green ants would taste like citrus?

What about marron wrapped and cooked in paperbark which is tender, delicious and the smoky bark flavour resonates through the marron beautifully.

Forget about a beef slider, his kangaroo slider is a delicious smoky, juicy mini burger garnished with youlk pickle that totally tantalises the tastebuds.

Iskov utilises kangaroo because he says it’s a sustainable and healthy meat and an animal which encourages the growth of native plants, unlike cattle and sheep.

The Fervor team have a busy season ahead with events planned in Fremantle, Busselton, Albany and Karijini.

As one of the guest chefs at Taste Great Southern he will be hosting a long table dinner on Middleton Beach.

“We love the Great Southern, the produce there is mind blowing and it’s really exciting to have great ingredients to work with. At this event we will be focusing on seafood,” he said.

Check him out in Fremantle on 27 and 28 January, at Taste Great Southern in Middleton Beach, Albany on 17 March and Karijini in April.

Bookings for his events can be made through his website at www.fervor.com.au 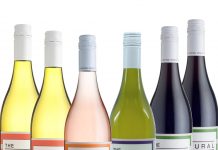 A detailed look at what ingredients differ in natural wine… 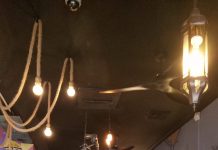 Knife and Fork talk with the Dining Divas who visit Bayswater

Get a taste for your city with Eat Drink Perth