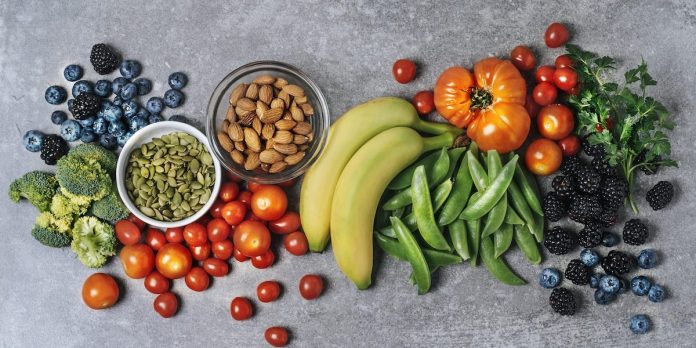 Lars Fadnes, Professor of Global Public Health at the University of Bergen, Norway says: “Until now research has shown health benefits associated with separate food groups or specific diet patterns, but gives limited information on the health impact of other changes to diets.

“Our modelling methodology has bridged this gap.”

Professor Fadnes’ research team used existing meta-analyses and data from the Global Burden of Diseases study to build a model that enables the effect of a range of dietary changes on life expectancy to be estimated. The model was developed to construct a Food4HealthyLife calculator which could be a useful tool for clinicians, policy makers, and lay-people to understand the health impact of dietary choices.

The team based their conclusions on the United States diet, but the results for Chinese and European diets were broadly similar.

The model predicts that a sustained change from a typical Western to the optimal diet beginning at age 20 would increase life expectancy by an average of 10.7 years for women and 13 years for men. For older people, the gains are smaller but still substantial.

Changing to the optimal diet at age 60 years could still increase life expectancy by eight years for women and 8.8 years for men. Even 80-year-olds could gain an extra 3.4 years from such dietary changes.

Health gains from diet changes were mainly due to reduction in death cardiovascular disease, cancer and diabetes. All these are among the leading causes of mortality globally.

An optimal diet had substantially higher intake than a typical diet of whole grains, legumes, fish, fruits, vegetables, and included a handful of nuts, while reducing red and processed meats, sugar-sweetened beverages and refined grains. Other food items such as eggs, dairy foods, white meat and oils did not appear to have a measurable effect on longevity.

The analyses also showed strong positive health benefits from consumption of fruits, vegetables, and fish. However, the team found the typical intake of these foods, especially vegetables, was closer to optimal intake than for other food groups. A finding that will surprise most Australia nutritionists.

“Our sentence on fruits, vegetable and fish intake being closer to optimal intake than the food groups legumes, whole grains and nuts, might have been a bit unclear,” Professor Fadnes told Have a Go News.

The team recognised that an ideal diet may not be practical for all people, so they suggested a feasibility approach diet which was a midpoint between an optimal and a typical Western diet. They say this diet produces longevity estimates that are closer to what we might realistically expect from making diet changes for most people in most settings.

They warned that the study methodology provides population estimates of longevity increases and is not intended to forecast Individual longevity.

Even though the diets were relatively similar in energy, energy differences may have played a role in the relationships of the analyses they studied. Nevertheless, the optimal diets are likely to reduce the risk of obesity/overweight and may have a large impact on health-related quality of life. Although the team did do not model nonfatal effects, life expectation is correlated with healthy life years.

Sensitivity analyses were used to estimate how changes in life expectation due to dietary changes vary if the true effects are over- or underestimated. Even the most conservative approaches indicate strong effects, they said.

The study was published last month in PLOS Medicine.

Prescribe yourself some exercise for your mental health – Exercise Your...