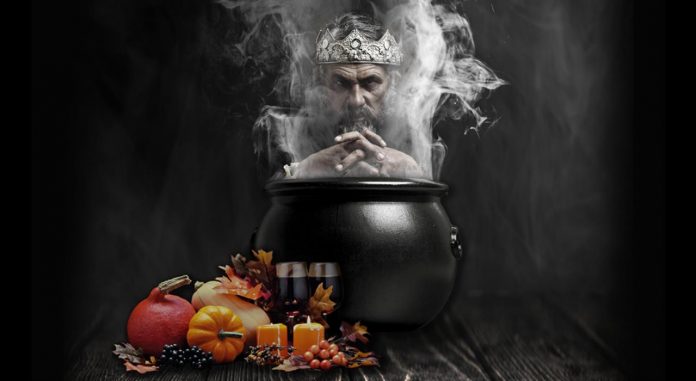 “For a charm of powerful trouble, like a hell-broth boil and bubble” – Macbeth,William Shakespeare.

Following on from the sell-out success of this year’s ‘Whole Beast Progressive Culinary Experience’, Brookfield Properties and West Australian Opera are thrilled to have collaborated once again on another dynamic and unique dining experience – Macbeth’s Medieval Banquet at Brookfield Place on Tuesday, 24 September and Wednesday, 25 September.

Patrons will indulge their senses in a decadent, dark and dramatic progressive culinary experience through the award-winning venues of Brookfield Place. Each course will be expertly accompanied with matching wines and an impromptu performance from some of West Australian Opera’s most acclaimed cast members including James Clayton (Macbeth), Antoinette Halloran (Lady Macbeth) and Paul O’Neill (Macduff), who will give patrons a taste of the seductive, twisted and dramatic world of Macbeth, before it opens at His Majesty’s Theatre this October.

Acclaimed West Australian Restaurant Critic and Food Writer, Max Brearley will once again return as host and will guide guests the gastronomic feast inspired by the murder, mayhem and madness of the Shakespearean classic.

“Having curated menus around single ingredients, this offered such a different, yet delicious, challenge”, Brearley says. “Bringing together the creativity of some of Perth’s best chefs, sommeliers and bartenders, into a night that celebrates one of our great dining precincts and the work of the West Australian Opera”.

Tickets are $200 and are available to purchase on Brookfield Place’s official website https://bfplperth.com/events/macbeth2019s-medieval-banquet-at-brookfieldplace