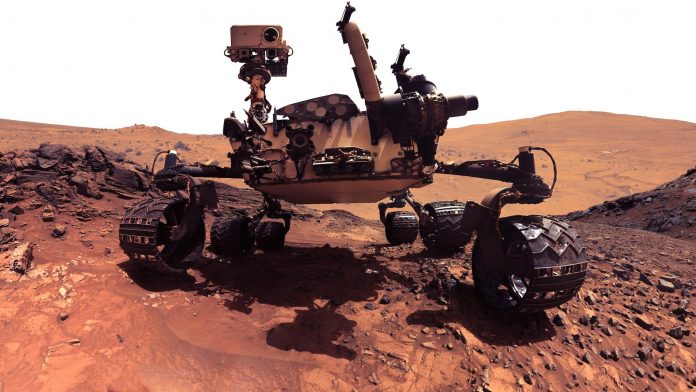 As part of National Science Week, a panel of leading scientists and astrophysicists including NASA Mars 2020 rover mission program scientist Mitch Schulte, Paul Davies from Arizona State University and the University of NSW’s Martin Van Kranendonk come together to discuss the potential for ‘Life on Mars’ at the Perth Convention & Exhibition Centre on 15 August.

The scientific significance of the 3.5 billion year-old fossil stromatolites found in Western Australia’s north will be brought into focus as this panel of experts discuss the origin of life on earth, the search for evidence of life on Mars, and preparing to live on the red planet.

“NASA is in the early stages of preparing to send the first astronauts to Mars,” says Professor Martin Van Kranendonk from UNSW.

“In 2020 the robotic mission will be searching for signs of habitable conditions on Mars, as well as past microbial life from its ancient past.

“Gathering knowledge and demonstrating technologies, the mission will address the challenges of future human expeditions to Mars. From testing oxygen production methods to improving landing techniques, this mission is the first step to answering our questions about the wider galaxy,” he says.

How will people live on the red planet? Is there already simple life there? Will Mars be a base for humanity stepping out into the galaxy? Do we have galactic neighbours?

These questions and more will be asked by Dr Graham Phillips (formerly of ABC’s Catalyst) who will lead this stellar panel of leading Australian and International scientists to find you the answers.

‘Life on Mars’ is presented by BHP and UNSW’s Big Questions Institute and includes:

What: BHP presents Life on Mars

WA experts consider where the cure for diabetes is hiding