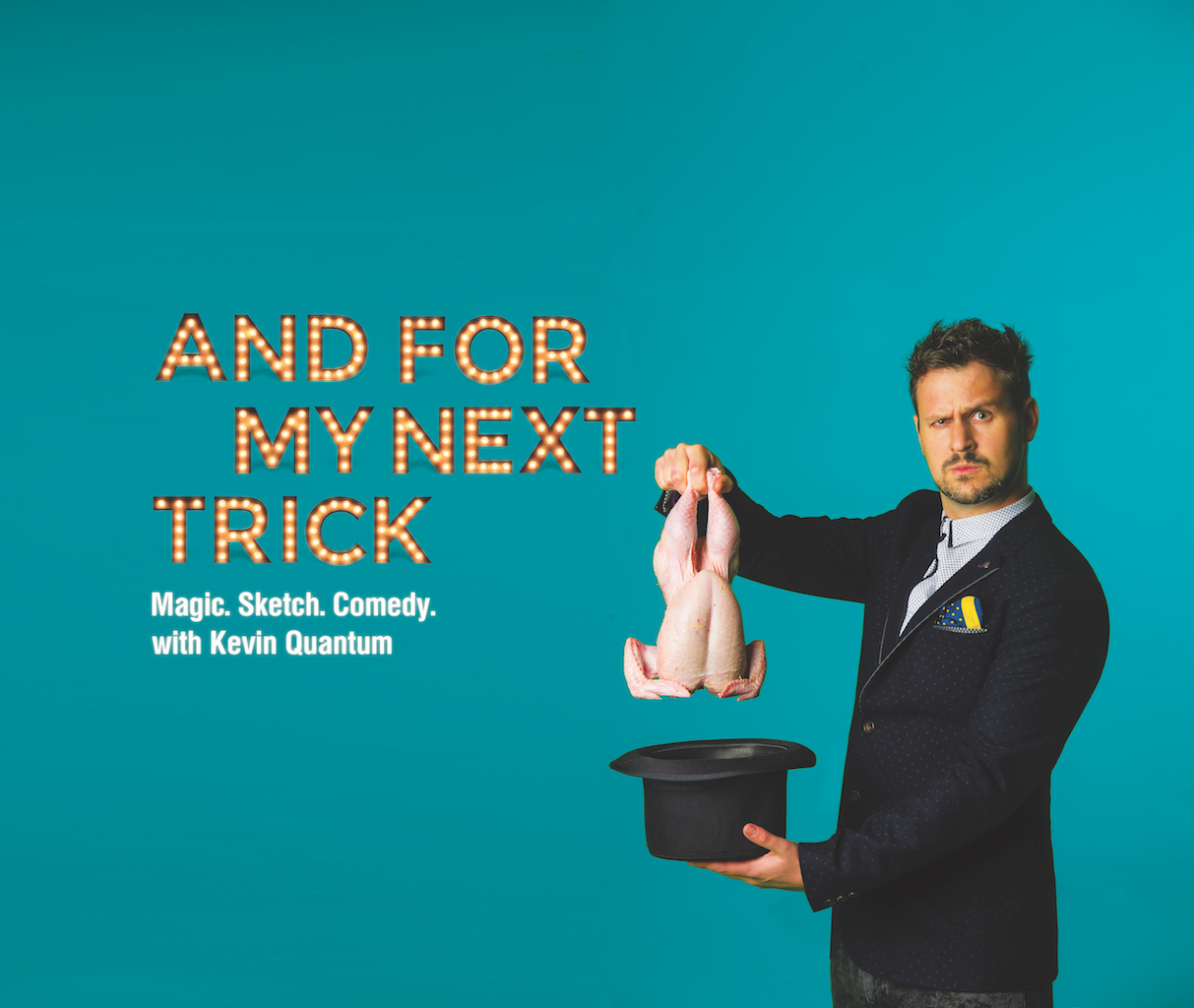 Combining maths, science, comedy and magic this is the first time Kevin Quantum has come to Fringe World in Perth and he is brilliant!

Kevin starts the show with a bang and involves the audience from the get go. Last night we had a great crowd and some characters from the audience who helped make the show so funny.

Over the course of the show we had eight magic tricks or acts that were performed and timed to make it even harder.

Kevin even had his own assistant from the audience, so be warned gentlemen in the front row, you will be called upon.

One of the highlights was the sleight of hand involving toilet paper and two volunteers from the audience.

Kevin would be scrunching toilet paper and asking his first volunteer Rino an older Italian gentleman which hand it was in – but he was throwing it into a top hat that our second volunteer Luke was holding.

The reason this act was so funny was Rino was an amazing sport, had the best facial expressions and was 100% involved which at the end of the day is what Fringe is all about.

A rogue balloon disturbing the show didn’t faze Kevin and his charm and comedic ability had us all laughing so much that you would have thought it was a part of the show.

From sleight of hand to illusions to just plain comedy Kevin charms the audience and had us all in stitches before concluding all his tricks to leave us wowed.

Kevin Quantum: And for My Next Trick

Review: By A Thread