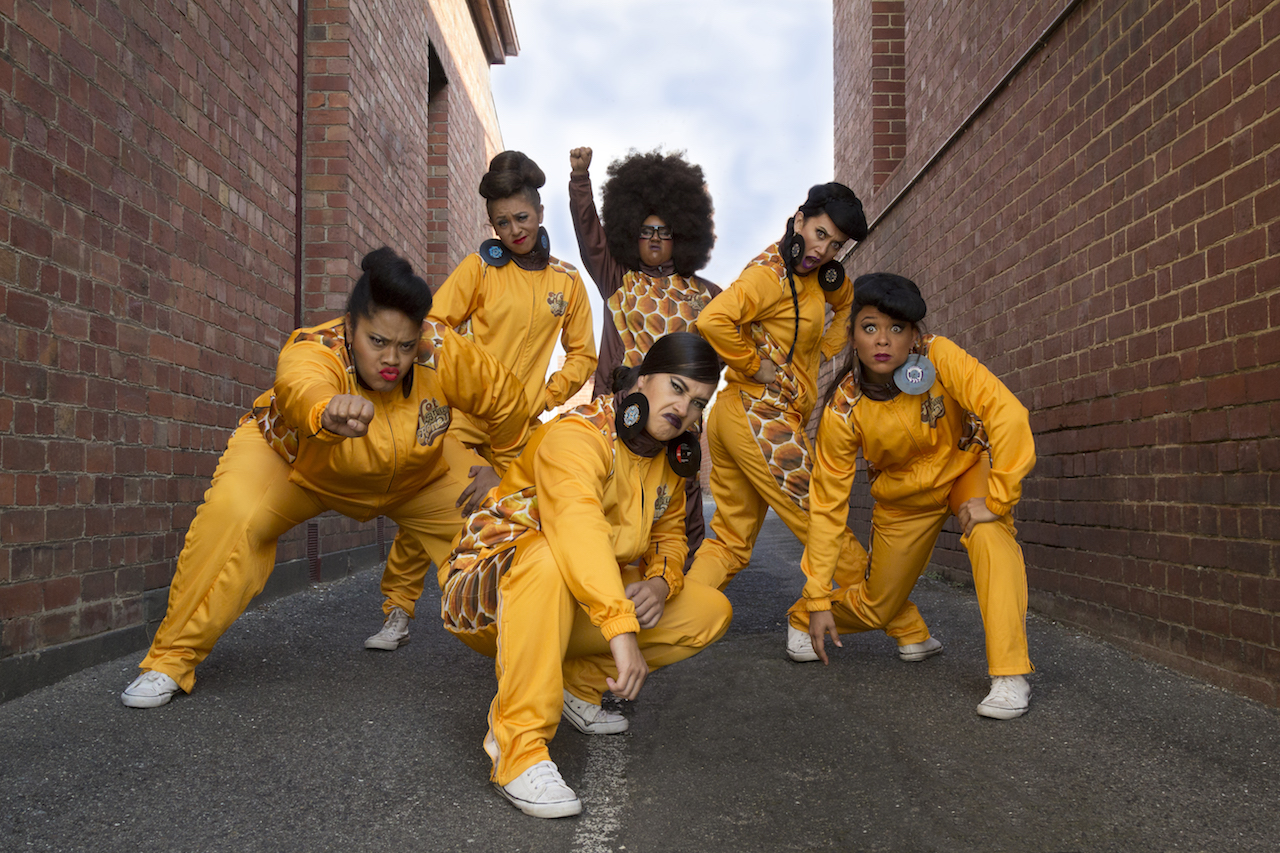 Hot Brown Honey doesn’t disappoint the audience with their social activism them which smashes stereotypes and has the audience cheering the whole time!

Entering ‘The Hive’ we are greeted by some of the ‘Honeys’ as they sell raffle tickets to raise money for their independent artist company. Buy one – shows like this need all the help they can get.

The energy in the room is electric and they prime the audience to have us cheering, clapping, stomping and swinging our arms in the air before the show even begins. 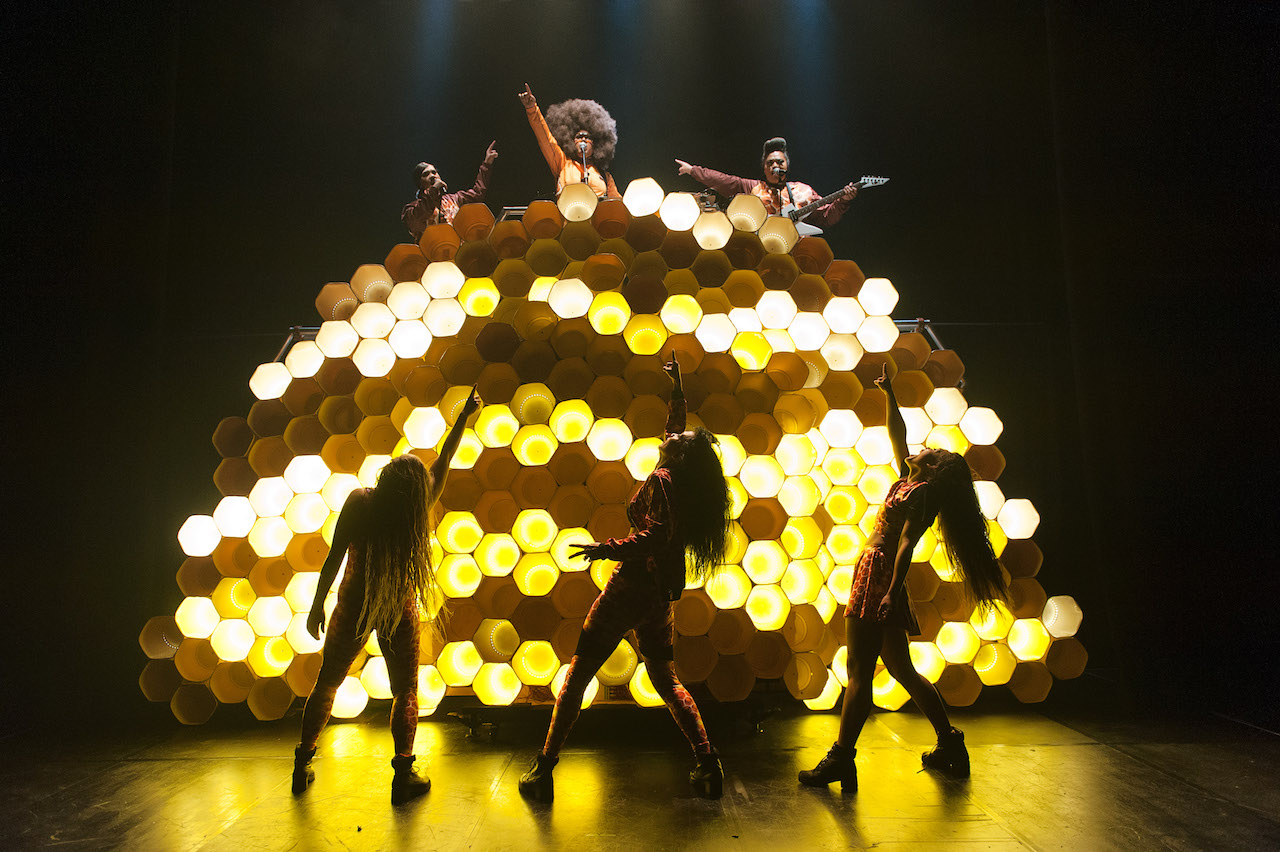 The main part of the set is a bee hive built out of buckets and LED lights and it provides an electric vibe, so do the costumes which are amazing, and all add to the eclectic and electric atmosphere.

Featuring a cast of six women all from First Nation descent including Aboriginal, Samoan, Maori and African get ready to meet the vivacious stars of the show Lisa Fa’alafi, Ofa Fotu, Hope Haami, Ghenoa Gela, Crystal Stacey and Busty Beatz

Without giving too much away some of parts which deserve a mention include the opening act which combined dance and sensational costumes all which worked together to represent sexism in society. There was a hula-hoop act about western tourists and my favourite act of the show was the powerful aerial sequence that illustrates a woman trapped in an abusive relationship and trying to escape her domestic violence.

Between the acts host and MC Busty Beatz utilises quotes from elder first nations’ women which I thought made the show that much more powerful and really just added that extra essence to make it the fringe show that is essential to see!

Breaking stereotypes and flipping ideas on their side through sassy performances, electric energy, incredible singing, aerial scenes, burlesque, dance, rap and let’s not forget the beat-boxing, it was a show to remember and recommend.

Hot Brown Honey is the show not to be missed this Fringe World. The incredible cast brings an electric energy to the stage while they tear down barriers, break stereotypes all with an entertaining performance which has the whole crowd cheering throughout!

“These are our stories, our bodies and our ancestors and we will not apologise for it,” says Busty as she ends the show. Go Girl! 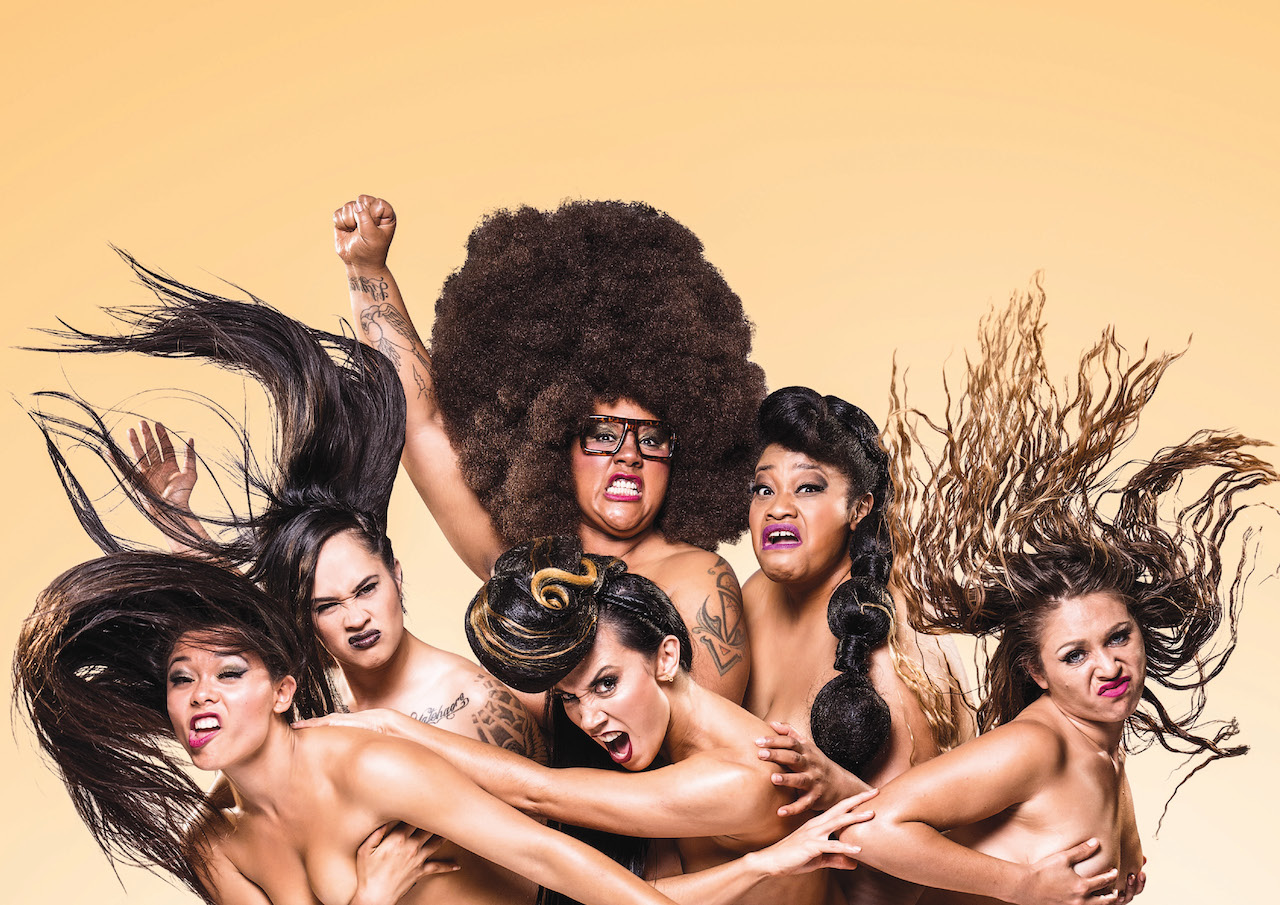