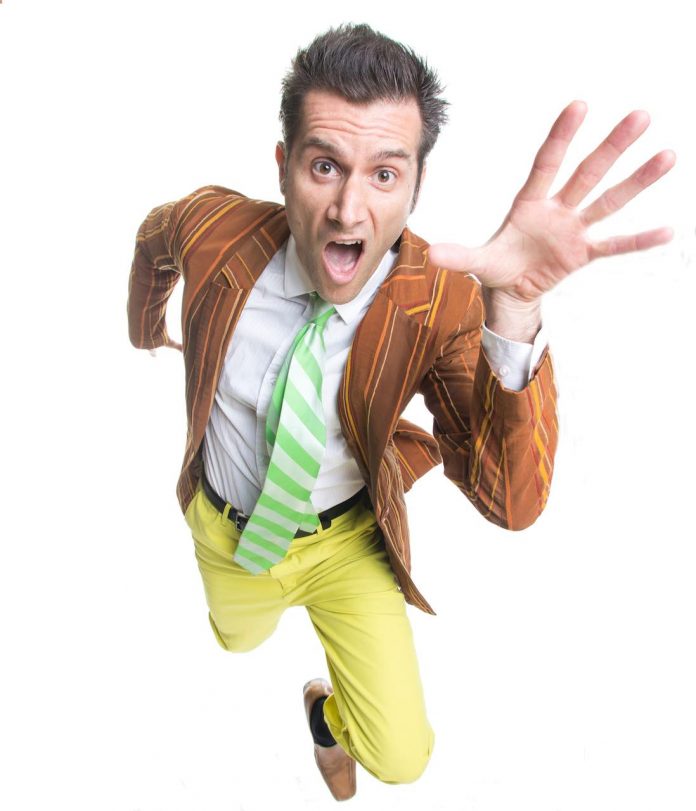 So what makes this show even more horrible, terrible and really, really, bad, badder than his previous outings?!

“At a show last year I couldn’t work the microphone stand, I was just doing an astoundingly awful job of setting it up and the audience found it hysterical,” explains Mark Trenwith aka Mr Snotbottom. “I thought, what if the entire show is like this?! Just a complete idiot who can’t even start the show because he’s messing absolutely everything up!”

The result? A commotion of clashes and collisions lead by a buffoon so bumbling that he can’t even put on his pants without causing catastrophe.

Combining this masterclass of mayhem with the gleeful grossness Mr Snotbottom is famous for, Trenwith is adamant the show is for parents as much as kids.

“It’s not that there’s adult jokes that go over the kids’ heads, more that there’s loads of hilarious audience involvement that gets everyone reacting together as a group! It’s definitely “multi-generational comedy for all” as one reviewer picked up in their
5-star review of the show,” he said.

A stand-up comedian of fifteen years, Trenwith developed the show while working as ‘Captain Starlight,’ a super-hero who visits children’s hospital around Australia.

“Children are far more resilient than we give them credit for,” says Trenwith, “It’s really taught me how a sense of humour brings strength and energy into difficult times and that’s something I remind myself every day!”

Closed: On the Silver Screen – Films to delight and entertain...

WIN: The Nutcracker and the Four Realms