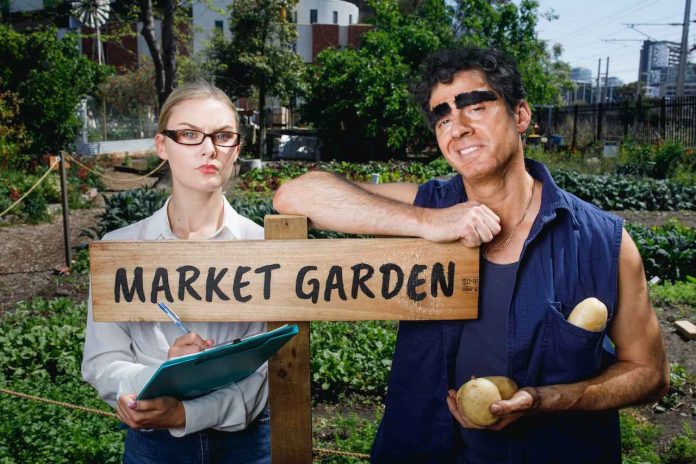 Playing for 11 shows only, February 4-15, TONY GALATI THE MUSICAL will make a triumphant return to FRINGE WORLD 2020, this time at the new Girls School Hub in East Perth.

A hilarious and inspirational tale of WA’s favourite battler, this heart-warming toe-tapper features snappy songs, a singing potato, and more Perth jokes in one hour than you can poke a spud at. It’s a crowd-pleaser for the ages that sold out before it even opened in 2019.

GALATI is for the underdogs. You say potato… I say REVOLUTION!

From the brains of creators Dan Debuf (92.9’s Dan & Maz show, Lords of Luxury) and Caleb Garfinkel (The Colour Purple, Spring Awakening, The Big HOO-HAA Melbourne) this highly-nutritious-yet-competitively-priced musical is back for all West Aussies to enjoy.

TONY GALATI THE MUSICAL is a love letter to the hard-working Perth magnate who took on the fat cats, launched a supermarket chain, became an internet meme, and appeared on Sunrise – with nothing but tenacity, a blue singlet, and a love for the working families of Perth.

“The more I delved into the story of Tony and his fight for justice the more I realised how important this story is for Western Australians. In this modern age of disconnectedness, the community aspect of Tony’s story appealed to me,” writer, Dan Debuf, said.

”In Perth, some of the best things we create are from people working together. And then once I realised we could have a singing potato, there was no way I could let this story pass me by, ”he said.

“So many people missed out last year on this joyous local story that we just had to bring it back in 2020,” Western Sky Projects co-producer Katt Osborne said. “Tony Galati The Musical is just all round family- friendly fun.”

“We have some amazing home-grown musical theatre shows and talent in WA and Western Sky Projects is all about showcasing that to our WA audiences,” she said.

Win one of 3 double passes to see Tony Galati The Musical on 4 February at 6.30pm.