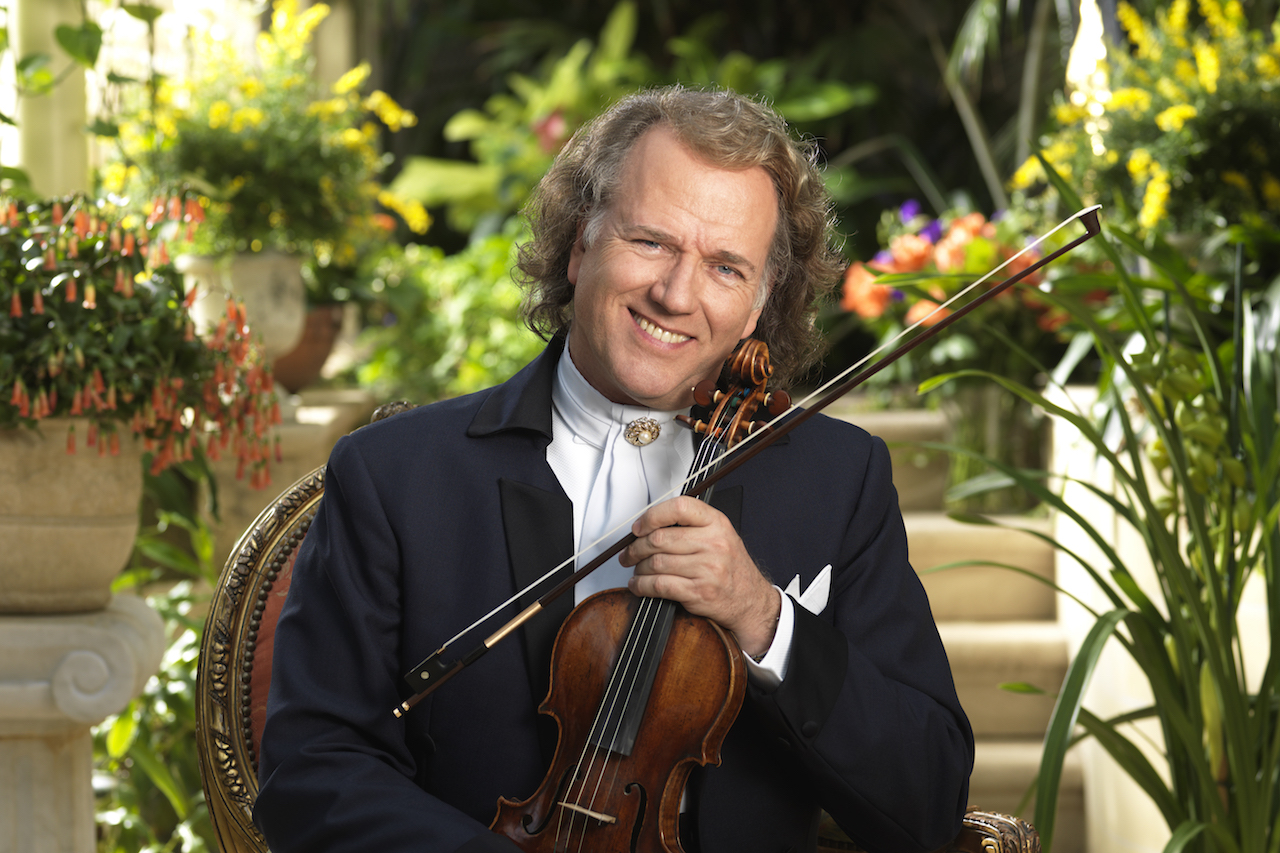 André Rieu, home in Holland, is juggling his “second family”, a 120-strong juggernaut, to bring a traditional taste of Christmas to Australia.

Perth’s 24 November concert will be “a wonderful evening filled with delicious music,” he tells me from Maastricht, without a hint of self-promotion.

Undoubtedly, it will be. The musical phenomenon draws 600,000 people a year to concerts on five continents, outselling Elton John, Madonna and Coldplay.

Perth’s performance will be the last concert on the national tour before the Dutch violin superstar heads home for his own family Christmas.

“You can expect the most beloved Christmas carols, but also romantic waltzes, well known melodies from movies and musicals, famous opera arias and so much more,” says the “King of Waltz”.

“I will bring the Platin
Tenors and famous sopranos who will perform with my Johann Strauss
Orchestra.

“It will be an evening we will never forget and I promise we will get you in the perfect romantic mood for the season.”

“Together with my wife, Marjorie, we make a new program every year and we take care that we include several surprises, too,” he said.

“My orchestra is my big family, there are about 60 orchestra members who are very dear to me. In total, there are 120 people on the payroll which is a huge responsibility obviously.

“A few months ago, Vera, our harp player, had a baby. She will take the little one with her but also her mum who will be the nanny of the infant. Isn’t that great? The orchestra family grows bigger and bigger every year, haha!”

“I have the most beautiful job in the world. Who else is able to say that he can make people happy with music for more than 40 years now?

“I feel lucky and privileged to do this and I simply can’t imagine a life without music. Music is my life!”

Rieu and his entire team are clearly in tune.

“We all share the same dream, to let the world dance the waltz. Having and sharing this dream gives energy to us all. On tour, there is enough room to relax, of course, but also playing on stage is something we all love to do.”

For a busy tycoon/musician, Rieu says his life is a happy balance.

“My wife, children and grandchildren are my small family and I see them quite often. We (the orchestra) give about 100 days every year and over a few weeks there are rehearsals in my studio in Maastricht. So yes, I give both my families the time and love they deserve.”

Feedback from around the world floods into Rieu’s operation.

“It is lovely to receive all these moving stories. Children who play the violin and want to become musicians, people who need two weeks to come down after my concerts, people who write me that they have just lost someone and my music helps them cope and comforts them.

“Unfortunately, I don’t have time to answer all my dearest fans personally but Facebook, Twitter and Instagram allow me to keep in touch with them as much as possible. I regularly share photos and videos and it is fantastic to see how much they enjoy it.”

The maestro marches on after Perth. He says he regrets he won’t have time for sight-seeing.

“Unfortunately I probably don’t have time for that. Our concert in Perth is the last one and the day after, we’ll fly home again. But I have been to Perth before during one of my previous tours.

“Perth is a magnificent city. I love being in Australia because the people are so open and friendly.”

The cheery Dutchman sees himself making music for a long time, yet.

“As long as my health allows me to perform and make people happy, I will keep going.

“Waltzing is healthy, did you know that? A waltz a day, keeps the doctor away!”

André Rieu’s concert at the Perth Arena will take place on 24 November. Tickets and travel packages on www.andrerieu.com.

Closed: Parkerville Tavern set to shake with hits from Motown