In a legal career spanning more than 35 years Perth criminal lawyer Henry Sklarz has witnessed the great and not-so-good pass through the system, witnessing a slice of life at times humorous but at other times spine-chilling and shocking.

Sklarz, born in Perth in August 1950, the oldest son of Polish immigrants who came to WA after World War II, has written an entertaining book, Jungle Law, a glimpse into the chaotic, violent and often hilarious world of crime through the eyes of one of Perth’s top criminal defence lawyers.

The collection of short stories recounts the murderers, drug smugglers, rapists, prostitutes, unsuccessful bank robbers and more thrills and spills of those caught on the wrong side of the law.

In one humorous story, entitled The Lotto Winners, Sklarz says that in the early years of his legal practice he had many Polish clients as he spoke the language fluently, having more such clients then than now.

“During this time in the early 80s, there were about 14,000 Poles in Perth who had come after being displaced from Poland after the Second World War,” Sklarz writes.

“One Monday morning, I arrived at my office at about 7.30am and was hurriedly met by my first Polish client for the day. She did not have an appointment but said it was extremely urgent that I see her.

“Her story began with her and her husband sponsoring her mother from Poland for a six-month holiday. When she arrived the mother became fascinated by the idea of Lotto and couldn’t believe the size of the prize money that could be won each week.

“The agreement was that each of the three of them in the family would contribute a third of the cost of the ticket and share any winnings that came their way. However, as time passed, the daughter and son-in-law became tardy in paying their weekly contributions for the Lotto tickets.

“Then one Saturday night while the mother sat glued to the television watching the Lotto draw for that week she started screaming with delight, she had won $5 million. The elated daughter moved from the kitchen to the lounge to embrace her mother, as her husband rushed past and plucked the winning ticket from his mother-in-law’s hand like a bird of prey and disappeared into the bedroom, locking the door behind him.”

Sklarz tells of a race against time that Monday morning as the husband could have claimed the prize from LotteryWest but the manager agreed to stall things to allow the court process to take its course.

An injunction order was served on LotteryWest which stopped the $5 million to the husband. In the following week it became evident that the mother had paid for the whole cost of the Lotto ticket and legally didn’t need to share it.

“It transpired that the daughter and son-in-law reconciled their marriage and apparently agreed with the mother that they would take $4.75 million and the mother would get $250,000 and “f… off back to Poland.”

As the author states wryly: “It’s amazing how a Supreme Court injunction can rekindle the love and devotion between a husband and wife. Unfortunately for the mother, though, there was a lot less love and devotion afforded her.”

Educated at Trinity College, Henry Sklarz attended the University of WA where he graduated with a Bachelor of Arts, Bachelor of Jurisprudence and Bachelor of Laws, He established his own firm in the 1980s and during his many years of practice, worked as a barrister at the WA Independent Bar. While he has worked in various areas of the law, he is a specialist in criminal law acting solely as a defence counsel.

In Jungle Law, character names, certain locations, incidents and events may have been changed in order to protect client confidentiality and maintain anonymity.

“I have also used some poetic licence to fictionalise certain details for dramatic effect,” he says.

Sklarz says he wrote the book because over many years people asked him about his interesting cases.

“And so I was motivated a few years ago to write a book.

“I have been practising law for more than 30 years and had a large selection of cases I could refer to. In some instances, I referred to newspaper articles of the various cases and otherwise on my best recollection.”

“I have had the fortune of travelling the entire state of WA and representing people in criminal matters in places from Kununurra to Albany to Kalgoorlie and in between. Some of my clients have been interesting characters who, for the most part, are good people until they end up on the wrong side of the law for various reasons such as alcohol, drugs and mental health problems.”

Sklarz says he finds his profession as a criminal defence lawyer fascinating and challenging due to the interesting characters and aspects of the law. He hopes to continue working for a considerable time.

In his spare time, he enjoys fishing, boating, travelling and camping with his son and friends.

Jungle Law ($24.95, Vivid Publishing), can be purchased via www.vividpublishing.com.au/junglelaw.
It is also available at Amazon, Booktopia and Book Depository. 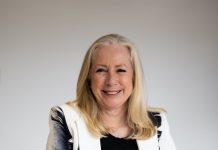 Book review: How far would you go to save a child?