Three of my favourite minds have something to say about dolphins.

The most famous theoretical physicist, Albert Einstein, was drawn to once observe dolphins and remarked: “There’s no question dolphins are smarter than humans as they play more.”

Another eccentric mind is Douglas Adams author of The Hitchhikers Guide To The Galaxy. He wrote of dolphins:

A younger great mind belongs to my son Tom (11). Lifting his head out of the water upon seeing his first dolphins swim around him, he yelled: “I can hear them clicking! They’re talking to me!”

Now who’s to say which of those is the best quote about dolphins?

Quite often on television, you’ll see dolphin documentaries and it’s fairly easy to find a dolphin experience in aquatic theme parks around the world. But I want to implore you to experience dolphins for yourself only 45 minutes from the Perth CBD. It is not just the greatest experience that you can have with dolphins but also the most ecologically and environmentally responsible.

Terry Howson’s Perth Wildlife Encounters was founded on building a relationship with dolphins in the waters around Rockingham. For years Terry searched for the dolphins, swam alongside them but he never fed them. He just put himself in their world. Eventually, the dolphins decided he wasn’t a bad bloke and they stopped swimming away from him.

He founded his business on strict protocols, including no feeding and that the dolphins had to be found each time they went out, rather than conditioning them by establishing a known area where the encounters could take place, so that the encounters fit into the dolphin’s way of life. The crew find the dolphins, place the boat a safe distance in front of their anticipated path and you then enter the water.

The dolphins can then choose to go around you, under you, circle you, roll around you or just disappear to do other things. It’s up to them how they want to interact.

This approach to environmental tourism has resulted in Perth Wildlife Encounters winning prestigious tourism awards and induction into the Western Australian Tourism Hall of Fame.

We embark at Rockingham Jetty and as we step aboard the crew assess what size wet suit we’re going to require.

The fit out of snorkels, masks and belts is easy. Next come quick lessons for those unfamiliar with snorkelling provided professionally by the crew. The skipper sends us out to the waters between Garden Island, Carnac Island and Kwinana.

As the search for the dolphins is underway our crew explain how we will enter the water and what the rules are. We are placed into teams that will step carefully off the stern into the water, holding onto the waist belt of the person in front of you. The water is deep and you’re a considerable distance from shore, but you feel safe.

The skipper spots some dolphins. I just have time to spit and wipe a mask clean before we all link hands around each other’s belts and enter another world.

The water is clean and green and the moment when the dolphins first appear is a lifetime memory. There’s no food for them, it’s them checking us out and we are so lucky.

As soon as the dolphins have left, we climb back on to the boat and throughout the day we’re in and out of the water.

No one says: “I’ve had enough, I’ll just stay on the boat thanks.”

At lunch we all talk about what we’ve seen, about the way the dolphins roll around us and click in a language that we can only guess at.

The crew are locals with skill, friendliness and passion who have been trained how to find the dolphins, not interfere with them, keep a safe watch on all of us and ensure our experience is special.

This experience is life changing because in a genuine and authentic way it provides an encounter with one of the most beautiful animals we share this planet with. It has changed the way I view how I want to encounter wildlife in the future. I want my children to be inspired by opportunities in life that excite and the way they think about the world around them. 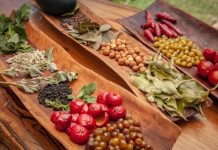 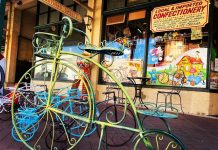 Telstra urges residents to plan ahead this summer