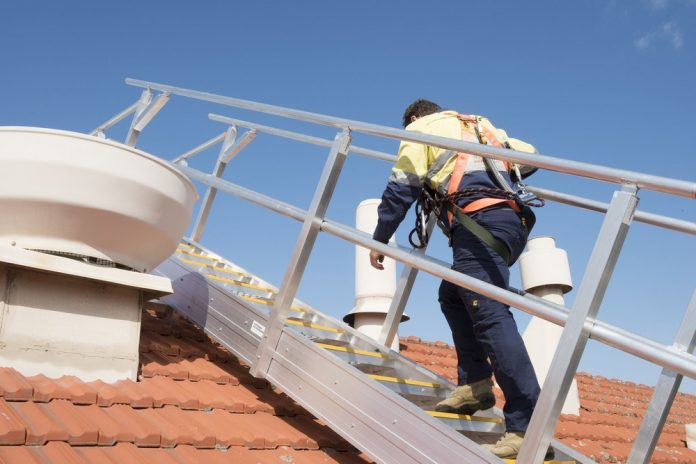 WA home owners are being warned by Consumer Protection and Building and Energy not to deal with roof repair conmen who have approached three consumers, with one handing over $7,000 for work that wasn’t carried out.

One of the consumers was approached at his home by three men in a white ute wearing fluoro shirts who told him that his roof and gutters needed urgent repairs. The dodgy door knockers pretended to carry out some work and charged $7,000, but it was later discovered that they had damaged the roof instead of repairing it.

The second case relates to a consumer in Cannington who was approached by two men driving a red four-wheel-drive vehicle who claimed that they were roof tilers and said there was a hole in his roof that needed repairing. One of the men went up on the roof and returned with a broken tile which the consumer believes was broken off by the conman. The offer to fix the roof was declined by the home owner who had to fix the damage caused.

A third report has been received from a senior couple in Fremantle who were approached by roof coaters.

Commissioner for Consumer Protection Lanie Chopping said consumers should be aware of their right to a cooling off period when agreeing to buy services during an uninvited approach from a tradesperson.

“Under the Australian Consumer Law a cooling off period applies to unsolicited sales and means no money can change hands and no work be carried out for ten business days; in which time the consumer can cancel the contract without penalty,” Ms Chopping said.

“Even if you have invited a tradesperson to your home to only provide a quote, the cooling off period still applies.

“We recommend that consumers get more than one quote for work around the home and check the credentials of the business before signing any contracts or handing over any money. Ask for references, inspect previous work and carry out an internet search of the business name to see if positive or negative comments arise.

“Conmen often operate door-to-door and can charge exorbitant rates for sub-standard work, if any work is carried out at all.

“Itinerant workmen use clever sales pitches to get consumers to agree to have their roofs repaired at a supposedly low cost. The initial pitch will usually be friendly and helpful pointing out how lucky it is that they spotted some issues. In reality, the price is often more than the dodgy job is worth. It’s also difficult for consumers to track down these traders for a refund, or to make a warranty claim, if they are not satisfied.”

Building Commissioner Ken Bowron said the Home Building Contracts Act sets out the minimum requirements for contracts and applies to home building and associated work valued between $7,500 and $500,000.

“If the value of the building or associated work is between $7,500 and $500,000, the contract must be in writing and be signed by both the owner and the builder,” Mr Bowron said.

“The contract cannot provide for the builder to receive a deposit of more than 6.5 per cent of the total value of the work. Once the work has commenced, the builder must not demand or accept payment for work that has not been performed or materials that have not been supplied.

“Home owners can protect themselves from entering into a non-complying contract by ensuring they receive and fully understand the information in the prescribed ‘Notice for the home owner’ before they sign the contract.

“This notice summarises the requirements of the Home Building Contracts Act and should be provided to the owner by the builder.”

Further information for home owners is available on the Building Commission website at http://www.commerce.wa.gov.au/building-commission/building-or-renovating-your-home

Consumers who are approached by tradespeople offering their services door-to-door and wanting immediate payment or to carry out work straight away should report the details to Consumer Protection by email consumer@dmirs.wa.gov.au or phone 1300 30 40 54.

Volunteering ‘til the cows come home at the Royal Show