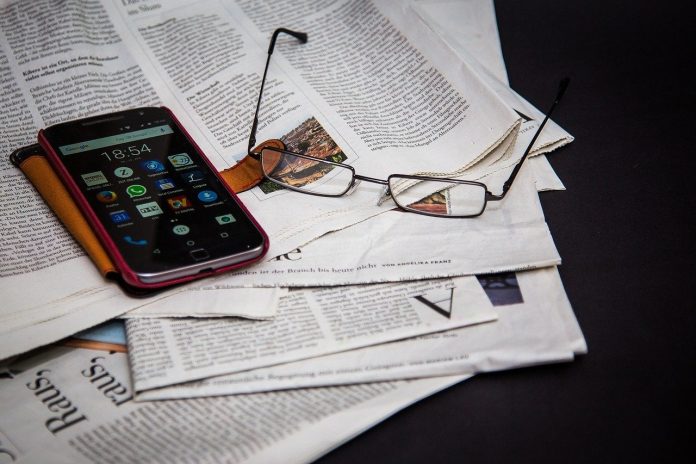 Winds of change that swept across so many aspects of our lives this year have not touched the news approach of our daily media.

The media has, of course, much to answer and has been called to task over generations.

With the ABC, criticism has centred on its perceived leftish approach. With newspapers it has been about sensationalism.

Do media barons and editors ever seriously consider what the public wants?

I have yet to discuss media matters with anyone outside the media who doesn’t want to tip a bucket on our daily media. Many saying they’ve stopped buying daily newspapers or switched off mainstream TV channels.

The public has greater access to information than ever before with more devices and more outlets for TV, radio and online but amongst it all, where is the quality news outlet?

Sure, celebrities making more money than giant corporations and small nations are changing culture and therefore part of the news. But where’s the balance?

Billions of dollars have been sunk into media outlets for brilliant new technology and higher quality pictures but serious journalism has wilted. Fake news or junk news?

There’s an old saying: “The media dumbs-down the news to a 12-year-old’s mental level”.

There are exceptions. Have a Go News is an independent newspaper, not involved in daily or weekly news headlines and its balance in delivering information with its strongly-growing circulation speaks for itself.

For a long time, TV networks and newspapers have feared that serious news coverage, minus the hype, will bore audiences. But it all comes down to the quality of the presentation and the authority of the presenter.

News groups need to select and train their talent to properly inform and entertain their audiences. Truth and believability should be the vital ingredients, not occasional additives.

Surely the media has a responsibility to the community to tone down negative news and ‘beat-ups’. Evidence clearly shows these can have a significantly negative impact on societies.

Experts warn against watching, reading and listening to too much news on account of its overwhelming, manufactured negative-themed drama.

In the dog-eat-dog media world, it would be fantasy to believe that competing media rulers will put their heads together for the greater good and adopt common guidelines. But they could at least temper their approach to the daily news to reduce negativism, inaccuracies and that blurring of the lines between news and entertainment.

The ABC, SBS, commercial networks and radio stations commonly lead their bulletins with murders, violence and car accidents: crime, courts and crashes. As well as celebrities.

With all that is happening at any time in the world, our media outlets highlight local assaults, crimes and crashes that directly affect relatively few viewers and listeners.

Yes, it’s a sad fact when an 85-year-old man is assaulted in his home or a woman is attacked in Northbridge but just because the media has obtained ‘good’ pictures, this should not justify its placing high in the news list.

We see bloodied faces, sobbing women, smashed cars and high drama in places far removed from us dominating our headlines. What’s to be done?

For the public to express an opinion, generate debate or seek change, how are they going to get their messages out? Media moguls take criticism badly.

Dissemination of relevant news and information is good for societies, raising levels of debate, knowledge and community involvement.

Can news be interesting, relevant to our lives, helpful in making decisions and dealing with governments and bureaucracy? You bet. It just needs to be steered the right way, kept concise, lively and, where appropriate, opinionated.

Dramas aside, how much do we learn from the news about what is happening all around our State, our nation and with our Asian neighbours? How often do we hear from farmers and Indigenous people?

Aside from a few high-flyers, how much do we know about our State’s business, government and community leaders? What issues are impacting our doctors, nurses, police and teachers other than industrial action?

What’s happening at our schools and universities? How much influence do 18 to 20-year-old voters have on elections? When are employers and unions given a voice outside their periods of conflict?

The world, and our own backyard, are brimming with constructive news, information and entertainment that go largely unreported or misrepresented.

Let’s have the transparency we demand of our leaders and public institutions. In this changing world, now seems an excellent time for mainstream media to turn the spotlight on itself.

As it happened… Beyond the stories – an interview with the...