It was at this time of the year, 53 years ago, that a fit, white-haired man and four friends, cruised in his maroon Pontiac up to Cheviot Beach, just outside Melbourne.

Harold Holt was on familiar territory and plunged into the ocean that is notorious there for its rips, reefs, undercurrents and thumping waves.

One mate tentatively followed but stayed in the shallows. Cheviot Beach is not a swimming place for the faint-hearted at any time.

Powering his way into the depths, Australia’s 17th Prime Minister and fun-loving family man had plans to unwind over Christmas, eight days away. He was getting started.

Surf swimming and scuba diving topped his list of recreations. Harold Holt is remembered for his sporty image, newspaper photos showing him in a wetsuit with spear gun, flanked by bikini babes.

The 59-year-old Prime Minister was spending the weekend at his Portsea getaway after wrapping-up his first full year in office.

His group of five drove to Point Nepean to watch solo sailor Alec Rose pass by on his world circumnavigation attempt.

Heading back to Portsea, Mr Holt pulled over at remote Cheviot Beach and said he wanted a swim before lunch at the place he loved to surf and spearfish.

He swam out into sizeable surf before being swept quickly along in a rip. He disappeared from the sight of witness Marjorie Gillespie who said: “It was like a leaf being taken out… so quick and final.”

The only other swimmer, Alan Stewart, stayed close to shore, deeming it too rough to go deeper. Harold Holt never came up.

When the dramatic news broke that Sunday morning, Australia was shocked to its core.

By evening, nearly 200 people were looking for the Prime Minister. The search went on for five days before being scaled down. His body was never found.

The inauspicious date, 17 December 1967, is etched into a memorial plate at the beach that Surf Life Saving Australia rates as extremely hazardous.

But those of us journalists who, in the wake of the tragedy, stood on the clifftop at that rugged beach and looked over that wild, open ocean with all its power, don’t doubt that even the most accomplished surf swimmer could be snatched away in the blink of an eye.

Portsea, among Victoria’s well-heeled, was a much-loved holiday escape for Mr Holt, his vivacious second wife, Zara, and families. He had met Zara at university and proposed a couple of times but they went in different directions.

They reunited while Zara was still married. After she divorced and married Mr Holt, he adopted her three children including twins. It was an open secret that Mr Holt was the twins’ father, as revealed in a biography. The twins closely resembled him.

Zara, a dress shop owner, made more money than the Prime Minister, allowing them to buy their two holiday homes, one in Queensland.

Mr Holt followed Bob Menzies into high office and within three weeks of his 22-month tenure, he began to dismantle the White Australia Policy.

Becoming Treasurer after the 1958 election, he oversaw the creation of the Reserve Bank and introduction of decimal currency – the Australian dollar. Thankfully, he convinced Cabinet to call it the dollar, not the suggested royal.

The Holt Government expanded Australia’s involvement in the Vietnam War and kept strong ties with President Lyndon B. Johnson. While visiting the White House, Mr Holt famously proclaimed: “All the way with LBJ”, losing him some supporters.

Mr Holt’s memorial service at St Paul’s Cathedral in Melbourne on 22 December was attended by many world leaders. 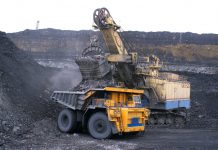 Little Library set to make a big impression in Stirling