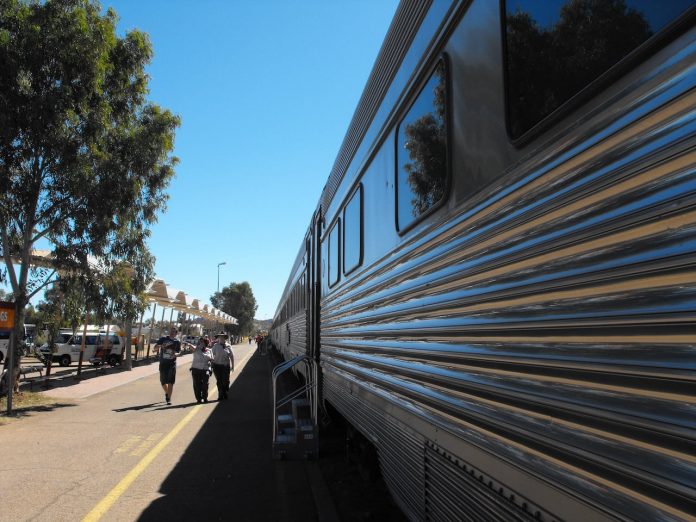 Australia’s transport maps have a great, gaping gap and it’s in Western Australia.

Railways stretch across from Perth to Sydney, from Adelaide to Darwin, Sydney to Brisbane and Brisbane to Queensland’s north.

How good would it be to take a train from Perth, up the coast, to our North-West? Is this the big picture project that WA – and all of Australia – needs to keep us rolling?

The prospect of such an exotic journey will have international and national tourists salivating.

Times of adversity have brought WA some of its most memorable projects, from the Kalgoorlie water pipeline to Fremantle harbour and the Indian Pacific railway.

In the harshest environments and on borrowed money, we have broken ground on exciting world-standard projects that continue to prosper.

A zippy train service would also be a valuable addition to the nation’s defences and would provide transport for people who prefer not to fly – including workers – the aged and people with disabilities.

Employment opportunities to build trains, carriages, tracks and stations and to operate and maintain a regular rail service should have governments, employers and unions drooling.

School groups could travel safely together, rather than going overseas as many students do. Keeping their money in WA. Families could take holidays together over long distances, perhaps to new coastal resorts.

WA could take a bite out of the tourist dollar that goes to Bali and other getaways.

Governments, companies and Indigenous bodies could obviously partner the operation that would help underscore our State’s unique appeal on the world map.

WA planners have plenty of holiday concepts already in Australia to compare.

Starting from $3,069-a-person, Perth to Sydney travellers receive all meals, fine wines and beverages and “wake in the picturesque Blue Mountains and visit the majestic Three Sisters lookout.”

The famous trip is described as “an epic four-day coast-to-coast adventure.”

The Ghan Expedition cuts up through central Australia over four days with off-train experiences in Katherine, Alice Springs, Manguri and Coober Pedy. There’s a starlight dinner at historic Telegraph Station in Alice Springs.

These dramatic and exciting adventures could easily be matched or exceeded by Western Australia.

The Spirit of Queensland Explorer and Rainforest Rail Adventure could help serve as a guide for our rail adventures. It offers twin share packages from $2,299-a-person with itineraries that include a Brisbane hotel stay and a two-day train trip from Brisbane to Cairns.

There’s a Cairns hotel stay and trips out to rainforests, scenic railway, national parks and waterfalls, plus the Australian Butterfly Sanctuary.

A catamaran takes tourists out to the Great Barrier Reef and there’s an optional, three-day extended stay by taking a car to Port Douglas with wildlife habitats and rainforests.

Australia’s rail adventures stand out clearly on the world stage and the addition of WA would be a natural fit.

West Australians have the knowhow, money and incentive to provide a luxury train service to the North-West.

Planners face challenges including access to the land, Indigenous rights, costings and choice of route and stops.

Which towns would come aboard? How many train stations along the route? What government incentives would be provided? Where would facilities be needed? How far up the coast would our adventure take us?

Clearly in our regional and remote areas, the railway would bring continuing business and employment opportunities. Food and drink, tours, expert guides, WA products, hire vehicles and accommodation – perhaps hotels – would all be required.

New facilities and tours could be shaped while the train and rail line are built.

Despite all the environmental, political and financial hurdles, a WA coastal fast train seems inevitable.