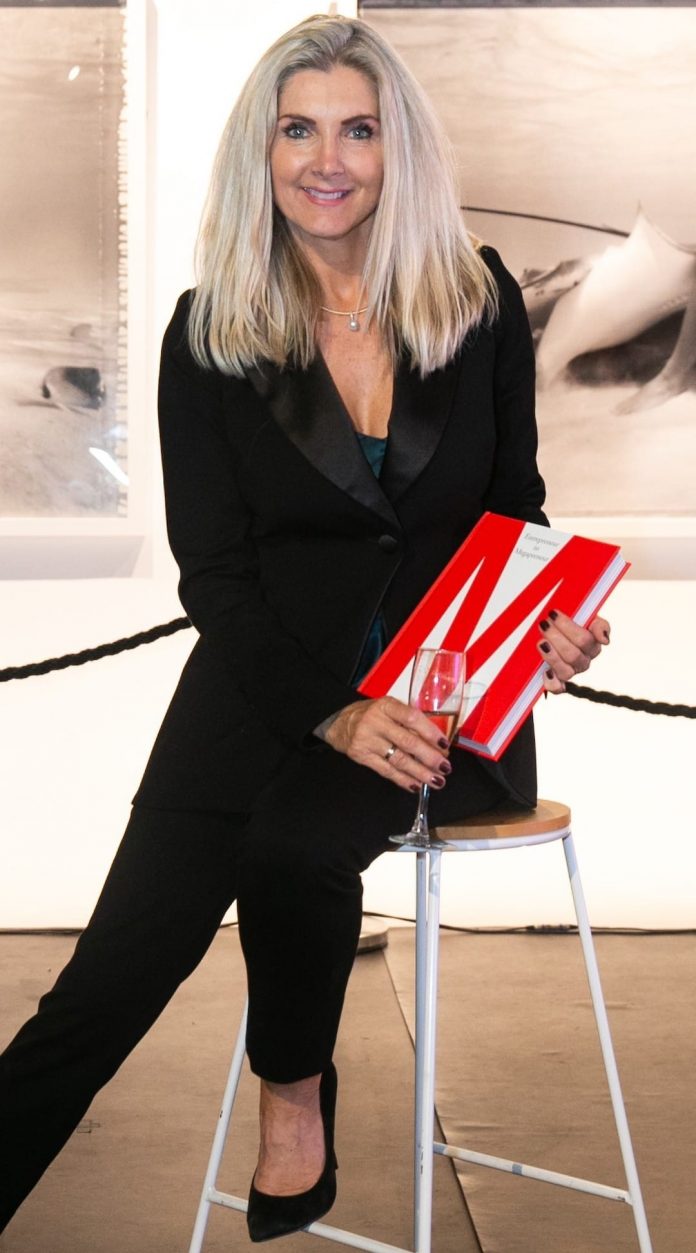 You’ve probably heard it said, “We all have a book in us somewhere” and yes, a lot of people do begin on that journey.

That’s why, when a local West Australian author takes out a Bronze Stevie, one of the world’s most prestigious business awards and an international Book Excellence Award, for the book in her it’s a notable achievement.

Perth born and raised, Lesa Hinchliffe took four years to write and publish Entrepreneur to Megapreneur, a book that follows the business life journeys of eight highly successful West Australian entrepreneurs. It reveals the level of courage and determination that characterised their rise to success.

If you are into football, you’ll enjoy the extraordinary stories of Murray McHenry one of the founding fathers of The West Coast Eagles and Rick Hart, former president of the Fremantle Dockers. They are joined by Lew Beale, of Aquatic Leisure Technologies (Aquatechnics, Sapphire and Buccaneer Pools); Kylie Radford, national clothing designer, Morrison; Peter Cumins, Cash Converters; Sasha deBretton, Million Dollar Makeovers; and Lorraine and Peter Hodgson of Orbit Fitness.

These remarkable men and women have all risen to become business leaders in their fields, but, as their stories reveal, life at the start, for each of them, was very normal and gave no indication of who they would eventually become or the level of success they would attain.

They talk candidly about the highs and lows, the pressures, the mistakes, and the lessons they learned along the way. Their stories are a reminder for all of us; to keep going when the challenges roll in, how to pick yourself up when you inevitably fall and how to keep believing in that elusive dream, that lies within each of us, until it is realised.

Lesa decided to follow their journeys from childhood to explain the impact that childhood has on who we become. She discovered why these men and women are, who they are, and what it is that gave them the edge to overcome the obstacles, and the drive that enabled them to achieve great success.

“By writing the book as a semi-biographical account I was able to take the reader beyond the public face and then combine the traditional lessons you find in a business book, with the conscious qualities delivered in a self-help book. With that combination you get a much better idea of how you need to think and act in order to achieve great success.”

The foundation for writing such a book began many years before when Lesa discovered the classic Think and Grow Rich. She was 16 and still at school, but reading it ignited an interest in business that remains to this day.

Over the years Lesa embarked on many start-ups including the establishment of her own production company. It was in that role that Have
a Go News readers first met Lesa when she became a presenter on the Have a Go TV series that aired on channel 7 in 2006.

In 2015, at the age of 54, Lesa began the challenging process of writing Entrepreneur to Megapreneur and spent months interviewing entrepreneurs about their journeys to business success.

Lesa already had an insight into what makes an entrepreneur tick. Her partner, one of Australia’s most successful white goods retailers, is Rick Hart, who now operates Hart and Co. Rick was happy to share his story and became the first megapreneur she interviewed.

“Interviewing Rick and the seven other entrepreneurs was an incredibly inspiring experience. They were so honest and very happy to share their stories to help others on their own business journeys.”

Understanding these successful businesspeople changed Lesa’s attitude and helped her to deal with the challenges that came with releasing and promoting a book during a pandemic.

“One of the most difficult things when it comes to selling a book is marketing and unfortunately because of the pandemic I couldn’t get out there and talk about it. Many of the events to promote it were cancelled which was discouraging, but it’s the ability to keep your eye on the outcome you want that leads to success. In saying that it’s not always easy to do.

“Over my own journey in business I didn’t understand what stood between me and realizing my dreams. It wasn’t until I finished interviewing the megapreneurs that I finally got it.

“What I discovered was that each of them share nine common traits, besides the obvious characteristics that have been well documented in many books over the years. It was confronting to realise I didn’t share all of those traits.

“Now I understand that if you can embody; implement, those same qualities and traits that the megapreneurs share, you can achieve anything. That’s what it takes – end of story.”

If Lesa had written this book 30 years earlier, she believes the benefit from the experience would have had been life changing. Suffice to say she hopes that aspiring entrepreneurs who read it will be rewarded with the benefits that come from learning from those who’ve already been down the path before them.

Entrepreneur to Megapreneur is available at all good bookshops or through her website www.lesajhinchliffe.com/shop.

The Western Australian caravan trip that created a debut novel

A Simple Life – Anything But a poignant tale by local...