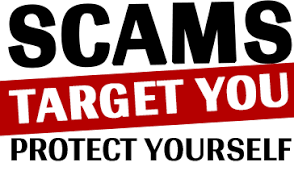 This follows the release last week of the 2018 annual scam report which showed 569 victims losing a total of $10.7 million over the year, a substantial increase from the previous year.

In the romance scam, a 65 year old woman met a man on RSVP claiming to be an interior decorator living in Perth and a widower. He said he had to leave urgently to work on a hotel project in Dubai but had left personal belongings behind so asked for $30,000 to replace them. He produced a boarding pass as proof of his travel and promised to repay her at the conclusion of the contract.

The scammer, who would call the victim three times a day, asked for a further $65,000 to pay for equipment hire and local labour on the project which she paid. He was pretending to come back to Perth at the end of the project with the intention of refunding the money but said he was stopped at Dubai airport to pay tax on money he supposedly earned and a fine for overstaying his visa.

A further $372,500 was sent by the victim after the scammer produced fake documents for a $500,000 loan which he said would be used to pay her back. After making total payments of $468,500 over a three month period, the woman was alerted by her bank that she could be the victim of a scam.

In the investment scam, a Kalgoorlie woman lost $308,442 after purchasing shares in gold from a company she found on the internet and making other investments with them. She became suspicious when they kept delaying the date of dividend payments. The website she found turned out to be fake and her investment is now lost.

Commissioner for Consumer Protection David Hillyard appealed to people in the community to become scam aware and be suspicious when asked to send money to someone whose identity can’t verified and especially if you have never met them face to face.

“As credible as the story may sound, don’t be fooled by fraudsters who have become professionals at luring people into believing them and then being persuaded into parting with their money in reaction to a wide range of fake scenarios that they create,” Mr Hillyard said.

“Romance and investment scams are the two categories where the largest individual and total losses are recorded. Romance scams target the vulnerable in our community who, in some cases, may have suffered the loss of a partner.

“As soon as someone you have met online starts asking for money, we urge you to cease contact immediately, no matter what evidence in the form of documents or photos they might send you to make you believe their stories.

“With regard to investments, we urge people to only deal with companies that are licensed to operate in Australia and don’t rely on internet searches. Be wary of any investment which offers a high return with little risk and get independent financial advice before committing any funds.

“Only use operators with an Australian Financial Services licence or are authorised by an AFS licensee and also check on the Australian Securities and Investments Commission website to make sure the business is not on their blacklist.

“Using a licensed operator will give investors a whole range of protections they won’t receive if they deal with unknown overseas companies.”

Information and advice on scams is available on the WA ScamNet website www.scamnet.wa.gov.au. Enquiries can be made by email wascamnet@dmirs.wa.gov.au or by calling 1300 30 40 54. Investment advice is available on ASIC’s MoneySmart website.

Be careful when buying online this Black Friday