Ms Barclay, who completed her Registered Nursing training in Northern Ireland more than 40 years ago, is the first to admit that she loves her job as a Parkinson’s Nurse Specialist, which she began in 2014.

“We really promote wellness in everything we do, and we also connect clients with other support services, such as physio, occupational therapy and speech pathology,” explains Ms Barclay who visits Parkinson’s clients all over the north-east metro area, from Perth up to Ocean Reef Road, and as far east as Midland.

“I love community work, particularly seeing people in their own home environment where they are usually more relaxed. My favourite part of the job is being out and about in the community, meeting people of varying ages from different backgrounds and cultures; it truly is a privilege to be welcomed into people’s homes and share in their journey with Parkinson’s.”

“Being a Parkinson’s Nurse Specialist involves constant learning and being part of the nursing team as we celebrate 21years is very special.”

November 2019 marks 21 years since Parkinson’s WA launched its Nurse Specialist Service which is unique to WA and consists of a team of eight community-based nurses that visit people living with Parkinson’s in their homes, and also up-skill allied health professionals.

“Every hour of every day, someone is diagnosed with Parkinson’s in Australia and our team of Parkinson’s Nurse Specialists in WA are here to help and support them,” says Parkinson’s WA CEO Brenda Matthews.

“Our Parkinson’s Nurse Specialists act as educators and supporters for the individual who has been diagnosed with Parkinson’s, as well as their family members, as opposed to simply offering hands-on nursing care and they are able to advise of the best and most appropriate services for a person’s individual circumstances.

“The service has made a tremendous difference to thousands of people throughout the state living with Parkinson’s, and we are genuinely delighted that, 21 years on, we now have eight community nurses who now make up the Parkinson’s WA nursing team.”

Founded in 1984, Parkinson’s WA is the peak body and not-for-profit organisation that represents more than 20,000 Western Australian’s living with Parkinson’s, their families and carers, clinicians and researchers.

The organisation offers a Parkinson’s Nurse Specialist Service and a variety of Support Networks for people with Parkinson’s and their family carers, as well as educational resources and training for allied health professionals.

Find out more at www.parkinsonswa.org.au 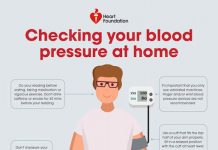 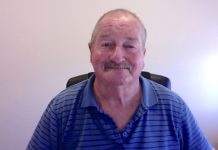 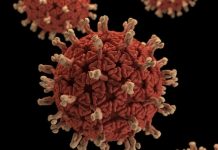 Self-isolating? Quarantined? Tips from the Heart Foundation for staying active

Practising what I preach in exercise utilising the Living Longer Living...