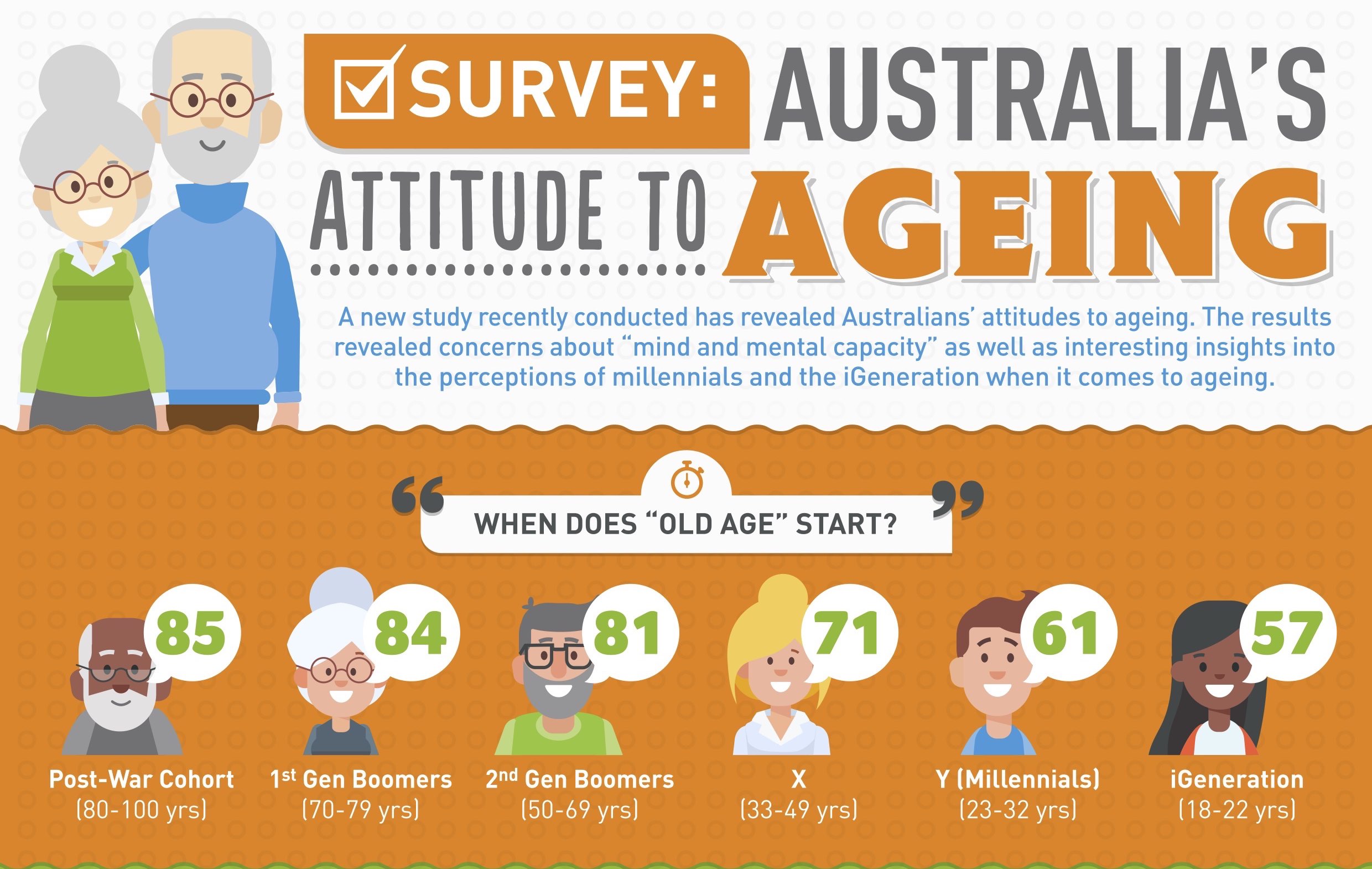 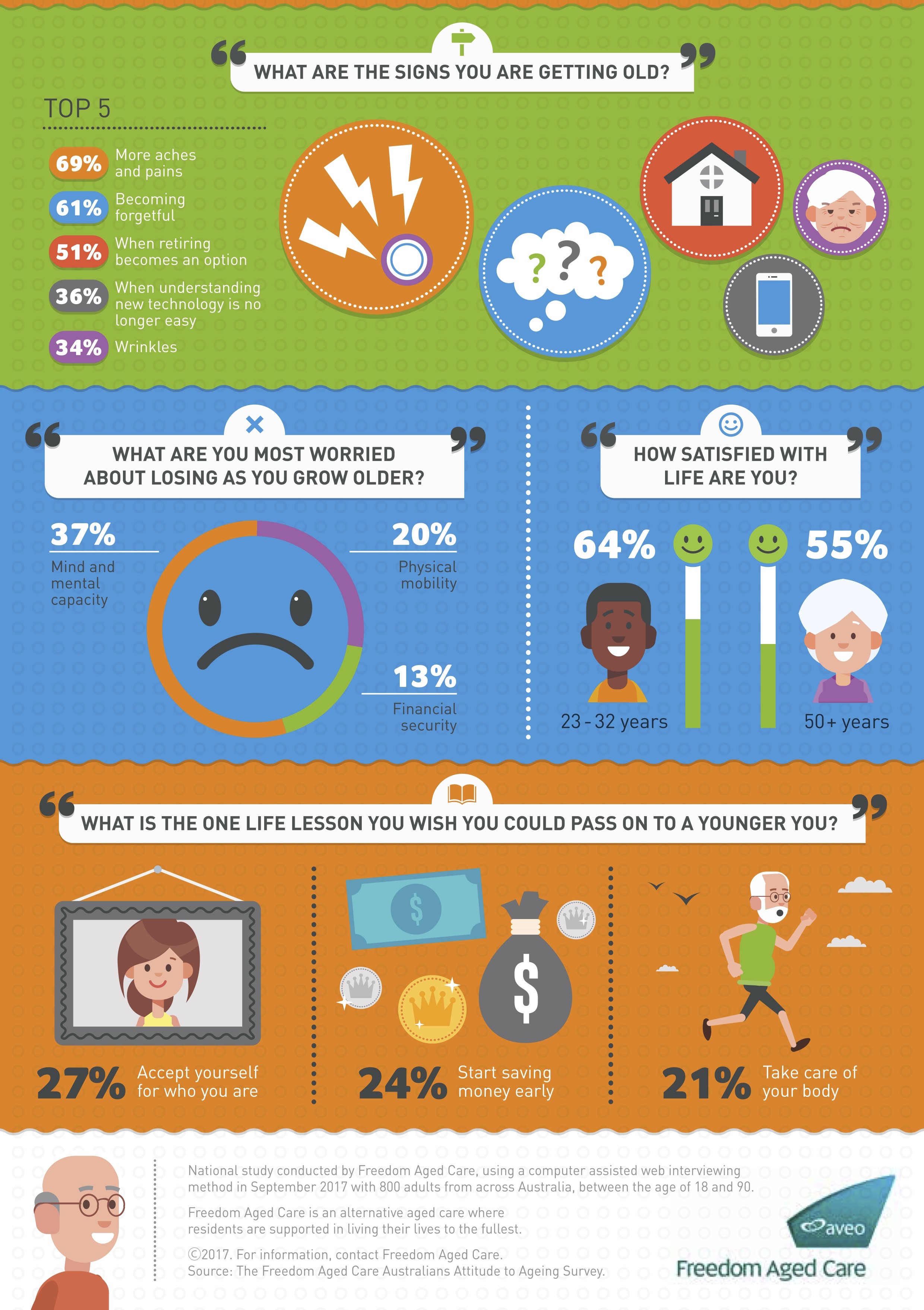 When does “old age” start?

The concept of old age proved subjective with results finding no definitive number representing old age. As the surveyed participants ages inclined, so did the perception of what number constitutes old age. The biggest point of difference was the contrast between the post-war cohort generation who classified 85 as old, compared to Generation Z who considered 57 to be the start of old age.

What are the signs you are getting old?

What are you most worried about as you grow older?

Losing mental capacity and a decline in cognitive function (37%) was recognised as the greatest concern for surveyed participants. This suggests that particular mental illnesses usually onset by old age, such as dementia and Alzheimer’s, were a dominant concern for the average Australian. Further, one in five (20%) surveyed fear lack of physical mobility in their later years while more than one in ten (13%) believe financial security will be a stress.

How satisfied with life are you?

Sixty-four percent of those aged 23 to 32 consider themselves to be satisfied with life, compared to 55% in the over 50 category. New South Wales residents positioned first in the highest rates of life satisfaction (19%), with Victoria coming in second (16%) and Queensland taking third place (13%). Participants who identified as being satisfied with life categorised their top three priorities in chronological order as health and family (56%), wellbeing (27%) and finances (7%).

What’s the one life lesson you wish you could pass onto a younger you?

It was found that more than a quarter (27%) of participants would pass on the life lesson of accepting yourself for who you are, while a similar number (25%) would recommend to start saving money early. Taking care of your body was also found to be an important life lesson (21%). With participants hailing from a number of different social and cultural backgrounds, like varying races or potentially identifying as LGBTIQ, these results highlight the importance of the sense of belonging within our Aussie communities.