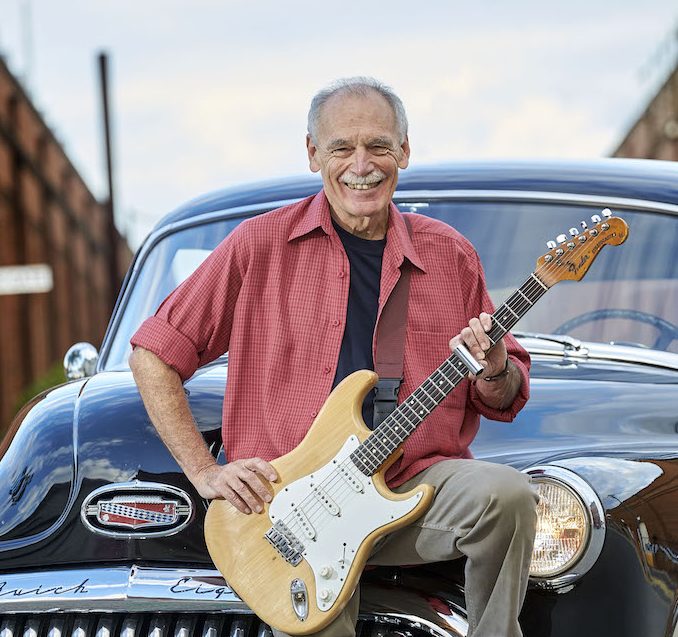 DAVE Hole’s new album – Goin’ Back Down – is proof that you can teach an old dog new tricks.

Australia’s own blues icon, who has just turned 70, has spent the past three years on this labour of love. And it’s all him, including the engineering.

“I did a lot of the other work myself, with the mixing, which is all software now and computer recording, mixing and everything,” he said.

“I had to learn all of that. That was a big learning curve. I think it’s good mentally to learn new things at my age.”

Dave, who still lives in Perth’s hills, is widely regarded as one of the all-time slide guitar greats.

While he has always gigged in Perth (he says Trigg’s Castle Tavern was his home away from home) he says it’s easier to walk around in WA without being recognised, than it is in the US, or even in Europe.

But even after several decades of being able to do what he loves, he still doesn’t take it for granted.

He still respects the fact that things could have worked out much differently. He could even have been forced to work in the field he studied – physics.

“I think about it every day… about how lucky I have been to be able to travel the world performing and releasing albums and all that and have an international career,” he said.

“It has been fantastic, but there is a lot of luck involved. A lot of us have talent, but not a lot of us get the chance to air it, to get out there.”

When Dave released his first album, he was fortunate that it gained some interest in America and that kick-started his international career.

While he enjoyed playing the blues (and still does), it became 100 per cent expected that his music would remain true to that genre.

It meant that there was always a couple of songs inside him waiting to come out, that weren’t what his audience expected.

A few of those songs have made it on to Going Back Down. When you do everything yourself, you get the chance to do what you want to do.

One of the songs, Too Little, Too Late, is about getting on to vinyl (yep, you can get this album on LP as well as online) some of the music that had been kept on the back-burner for some time.

“You start thinking this way as you start getting a bit older,” he said.

“It’s a little about the things you can’t change.

“We tend to get defined by genres. When I got discovered overseas in America, I was assigned a category – blues – which is my first love and I certainly do a lot of blues. But I do a lot of other stuff as well. Music is music, but we tend to categorise it so we can describe it.

“It’s not as though I am lamenting all the songs that got away over the years, but it is nice.”

Dave will tour with Goin Back Down. He’s starting in Australia and has left his WA gig to last – playing the Charles Hotel later this month.

There are plans too to head overseas. While it would be easy to travel around the USA’s 52 states, playing a different one each week, for a year, he doesn’t really have the desire to do that this time around.

“I’m fine. I am absolutely fit and fine and still running three or four days a week, which I have always done,” he said. He also plays tennis, although admits to having given up his dreams of winning a Wimbledon title decades ago.

“I have just turned 70. There has to come a time when you realise that there is a limit; that you can’t go on forever. You have to change your perspective.

But there are other things he wants to do; things that get put on hold when he’s writing and touring. Things like fishing or travelling to places to see sites other than blues venues.

“The years slip by and you haven’t done a lot of the things that a lot of other people have done,” he said.

So, if you enjoy Dave Hole’s music and you like the blues, your chances of seeing both together may be limited.

But according to Dave, there will always be the blues, even though the people who inspired him have disappeared recently, including the great BB King and John Lee Hooker.

“Every generation seems to reinvent the blues – that’s the power of it,” he said. “I don’t think blues will disappear.

“It will change as generations change and evolve. But you will always have traditionalists, like me, who harp back to those early people.”

Dave Hole will be playing at the Charles Hotel in North Perth on Saturday, 26 May.

Unwind at UnWined Food and Wine Festival in Subiaco…

A woman of substance