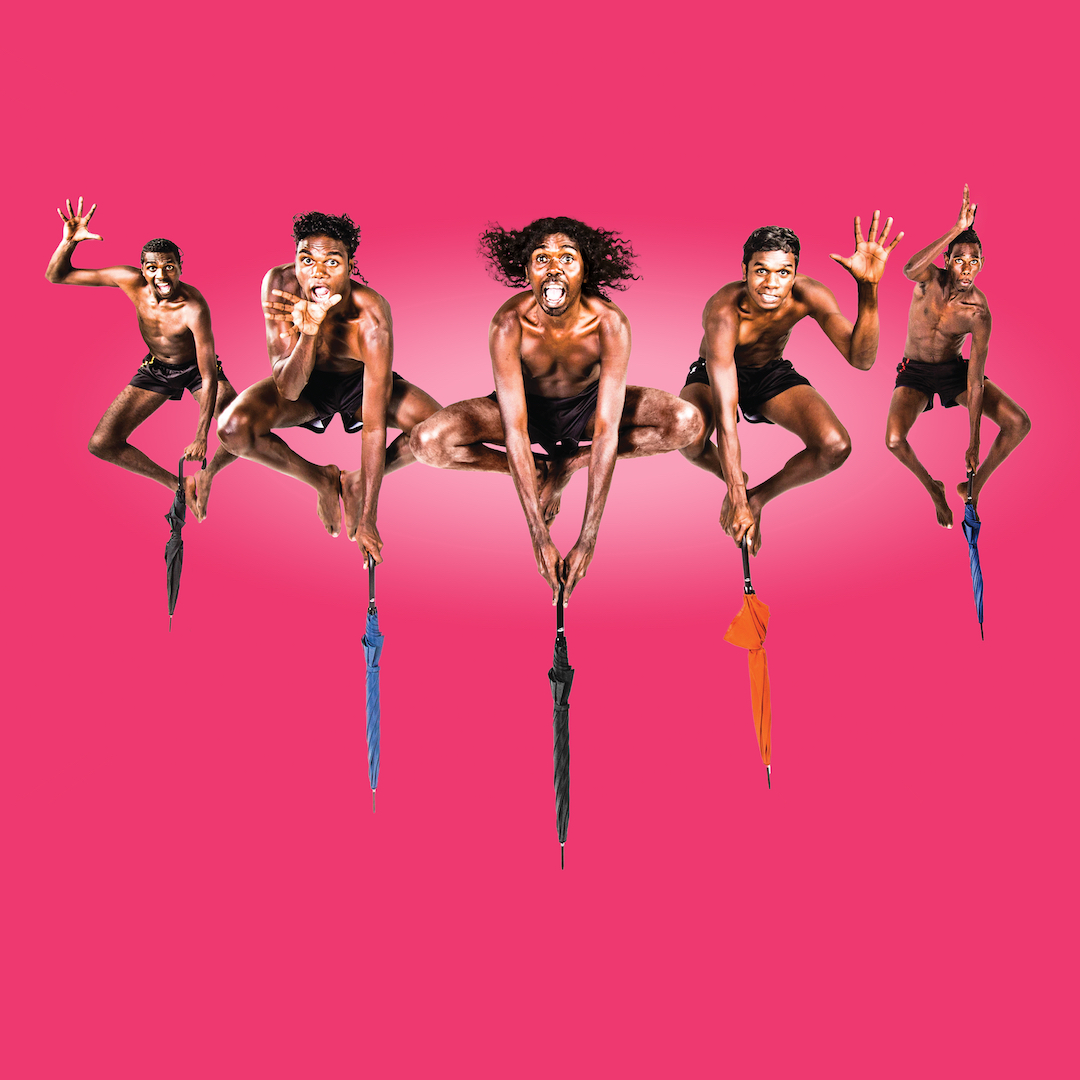 Winners of the Dance award at both the Adelaide and Perth Fringe including the WA Arts Editor Award, Djuki Mala are guaranteed to put a smile on your face and a pep in your step as their enthusiasm, joy and explosive-energy wow audiences with a celebration of dance, storytelling and culture.

Since their WA Premiere and hugely successful Summer Festivals tour, Djuki Mala have presented sold out performances at the Sydney Opera House and at their premiere Edinburgh Festival Fringe season, which was an unprecedented success.

Djuki Mala performer Baykali Ganambarr says: “Our show tells the genesis of Djuki Mala, in a way that challenges the western anthropological view of First Nations culture. We do this with our humor, our dance, our story and our culture. It’s alive, it’s living, breathing, ever changing and evolving. Rooted in 75,000 years of ancestral knowledge. We take our culture out of the museum and place it very firmly in the 21st century – with a bit of circus and bling!”

Unique, infectious, high-energy and always exuberant, Djuki Mala present a stunning fusion of traditional Yolngu and contemporary pop culture, dance and storytelling with a hefty dose of heart and soul.

In 2007 teenager Lionel Dulmanawuy thanked his sister’s Greek carer by paying tribute to her heritage with a group performance of ‘Zorba The Greek’ on an Elcho Island basketball court. The video clip went viral, (it now has over 2.8 million views), they’ve thrilled audiences worldwide with reinterpretations of popular culture and traditional dances in juxtaposition with contemporary Yolngu culture.

The show is a retrospective and autobiographical work which relates the genesis of Djuki Mala, and is interspersed with multimedia and gives audiences the opportunity to experience some of the more intimate moments and turning points that have shaped the group. It is a marvel of timing, comedy and clowning and offers a rare and insightful view into Aboriginal Australia.

Djuki Mala has performed at major festivals and events throughout Australia, UK, China, the Pacific, US, Canada, Taiwan, most recently Europe, and the Middle East including Lebanon, Egypt and Cyprus, attracting massive media interest and multiple awards and nominations.

If there is one show this year that is guaranteed to leave you feeling genuinely happy then Djuki Mala is it!