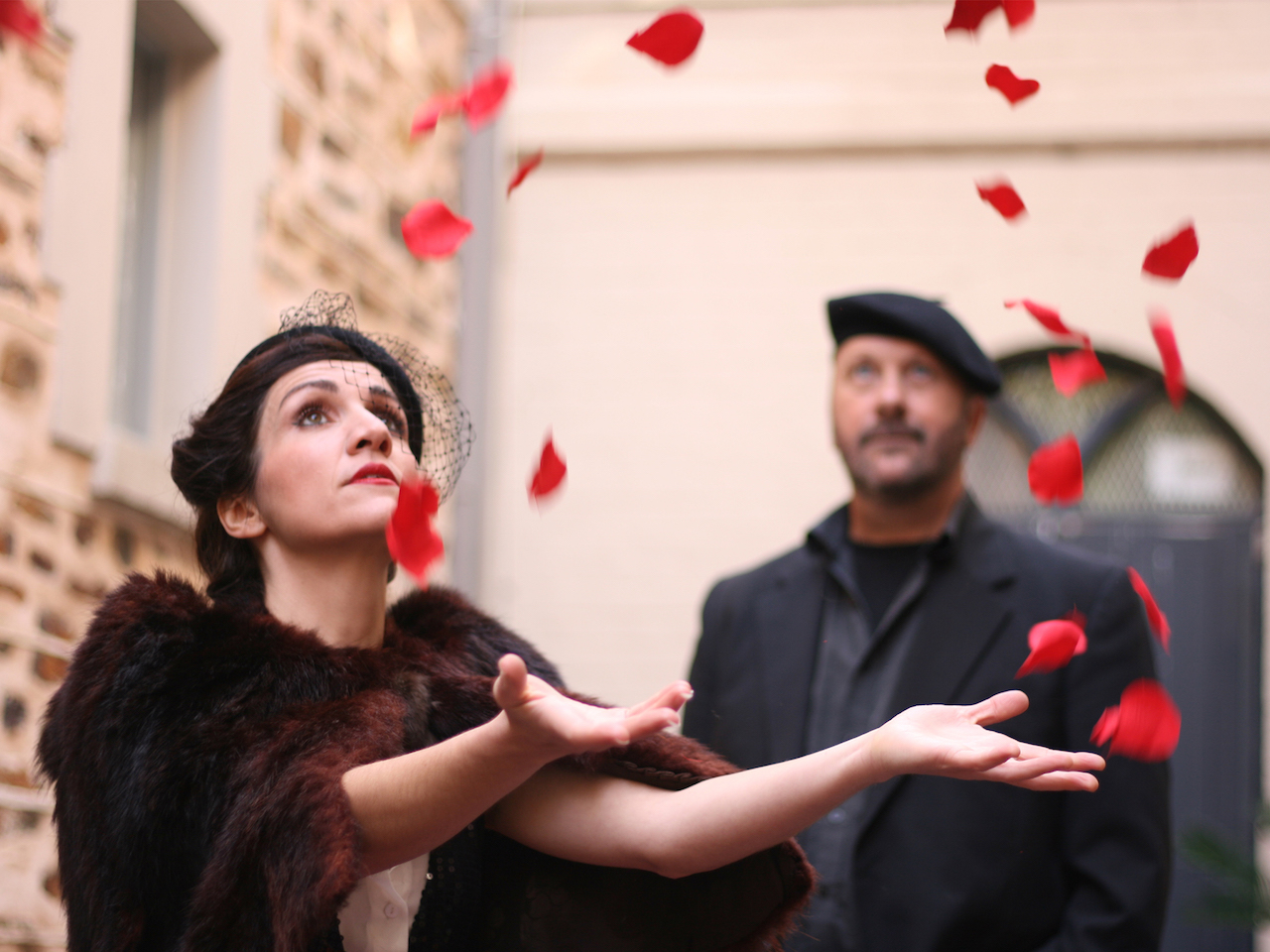 Exposing Edith charts the tragic life of arguably the greatest French singer of all time, Edith Piaf as we experience her life, loves and losses through the songs that shot her to stardom including La Vie en Rose, Milord and Non, je ne regrette rien.

Created and performed by Michaela Burger [vocals] and Greg Wain [guitar], Exposing Edith is a stunning mix of authentic French chanson and contemporary sounds. Having explored the undertones of Piaf’s vocals and lyrics, Burger and Wain have created their own unique interpretations of Piaf’s work, using voice and acoustic guitar and the subtle use of loop, delay and effect pedals.

The songs are punctuated with a collection of extraordinary stories of Piaf’s life which are recounted by Burger, who also takes on a multitude of key characters, from Edith’s half-sister Momone, to several of her lovers and, of course, Edith Piaf herself.

Burger has been dubbed as Australia’s very own ‘little sparrow’ with The Age describing her as “A blazing life force in her evocation of Piaf” and Planet Arts Melbourne stating “an enormously deep and tremendous voice, with a richness of passion. The interpretation is so near to perfect and the resemblance to Piaf so uncanny, I felt tingles down my spine”.

Closed: For the Fallen – Pipe Organ Plus