Australian seniors are on the cusp of a new era of unprecedented attention, care and big-time funding. Years of disgrace, maltreatment and abuse have finally been exposed and widely reported.

From 2021, billions of taxpayers’ dollars will flood to the care of seniors in aged care facilities and those staying in their own homes.

The Royal Commission’s years of probing – with astonishing revelations along the way – reach a climax next month when the final report is released. Canberra is ready.

COVID-19 has helped burst the bubble on decades of shameless disgrace in the treatment and so-called care of our senior citizens.

Baby boomers facing their lives’ final decades have good cause to celebrate the beginning of one of the most caring periods in history.

What we now need is for strong, empathic political and social leadership to steer the course that has opened so many possibilities.

The Royal Commission final report holds the framework of what has to be done, when and how. The key word will be immediacy.

“Ageing in your home instead of a residential home is the holy grail for most people,” says aged care executive Jennifer Lawrence of Brightwater.

This coming policy-change, handled the correct way, with greater understanding by carers of seniors’ priorities, family members and supporters, is one of our nation’s mightiest-ever challenges.

It includes huge numbers of people with dementia and other mental conditions who will need special, one-on-one attention and around-the-clock support.

Drugged and locked-out-of-the-way is no longer tolerated.

Responsible aged care facilities can help weed out the money-making, weak links in their industry.

Ita Buttrose, who has given her respected views to Have a Go News, has been one of the nation’s leading advocates for converting aged care facilities into comfortable, caring places that have a closer resemblance to people’s homes.

The new target will be to keep seniors at home longer with on-call home-visiting services. Canberra will announce many more home-care packages.

More than 180,000 Australians are in nursing homes, many with draconian visiting hours and poorly-trained staff. A large proportion of staff use aged care as an entry-point to employment in Australia.

Representing 91 nationalities in the aged care industry, many of them have English as their second language and can be hard for patients to understand. They are poorly paid at the basic wage, about $20-an-hour – hardly an incentive to attract qualified people.

Some of them, of course, are understanding, caring and dedicated workers who gain little and give plenty. They need to be properly acknowledged and duly compensated.

At one stage during the pandemic when 900 deaths were recorded, 700 of them were aged-care residents. The Royal Commissioners called for immediate funding for more staff and Canberra committed $40 million.

As well as overwhelmed and under-qualified staff, the commissioners pointed to poor nutrition in nursing homes. Prominent cook Maggie Beer recognised this and together with Prof. Ralph Martins produced Maggie’s Recipes for Life – 200 recipes to help reduce lifestyle diseases and a welcome guide for care homes.

While 1.3 million Australians are on essential home services, the system: “fails to meet the needs of its oldest, vulnerable citizens,” the commissioners said.

Older people cost the Australian Government $98 billion in 2017–18 which adds up to 21 percent of all government expenditure. The States chipped-in another $25 billion-a-year and individuals contributed another $5 billion.

An independent report on aged care providers found there was insufficient financial transparency about the use of funds from government and people in care, which in 2018–19 totalled about $25 billion.

As we see, the money has been there, but it hasn’t got close to decently supporting needy seniors.

Australia, with the multi-billion-dollar investment we are about to take, faces an enormous and comprehensive overhaul to care for and protect our seniors.

The Royal Commission into Aged Care Quality and Safety was established in 2018. We should salute commissioners Tony Pagone, Lynelle Briggs, the late Richard Tracey (a commissioner until his death in 2019) and Senior Counsel Assisting Peter Rozen.

Email info@haveagonews.com.au with Opinion in the subject line. 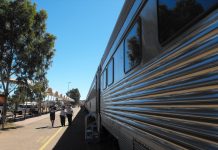 Where opinions matter – is it time to track a fast train up the coast? 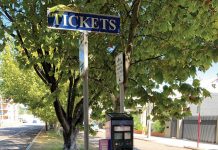 Where Opinions Matter – the bug bear of the dreaded parking meter 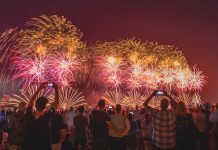 Where Opinions Matter – is it time to review our national and state calendars?

Where opinions matter – let’s salute our librarians and our libraries

Where opinions matter – mind your manners