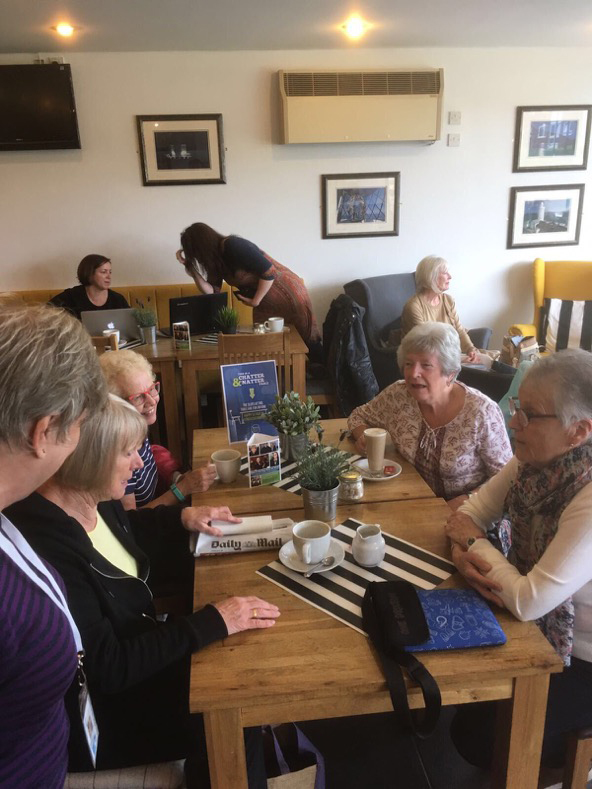 LONELINESS is as bad for your health as smoking 15 cigarettes a day and can be twice as deadly as obesity.

A study of 2000 older people in the UK by Drs’ Christina Victor of Brunel University and Ann Bowling of the University of London found that, compared with the average person in the study, those who reported being lonely had a 14 per cent greater risk of dying.

To help combat loneliness, Ms Alexandra Hoskyn has developed the Chatty Cafe Scheme to support cafés to designate a Chatter and Natter table where customers can sit if they are happy to talk to other people.

The scheme aims to tackle loneliness by bringing people of all ages together from mums with their babies to the elderly and anybody in between.

“Many older adults are vulnerable because they are lonely but in actual fact there are so many people in other age groups who feel the same way and we can all help each other.

“I want our Chatter and Natter tables to be the norm in cafe culture across the world, providing opportunities for people to get together,” she said.

Last month the International Longevity Centre in London recognised the Chatty Café Scheme with the Innovation for Ageing Award.

These awards aim to identify and support the development of products and services that address the challenges faced by ageing consumers at risk of vulnerability due to physical disability, illness, dementia or financial exclusion.

The judges commented that Chatty Cafes provide a beautifully simple solution to the problem of loneliness.

Cafés throughout the UK have agreed to set out a Chatter and Natter table where customers can sit if they are happy to talk to other customers, and the idea has spread to Australia with two cafes, one in South Australia and another in New South Wales following suit, so far.

“If you’re on your own, in a couple, with a friend, or you’re a carer why not sit down with who you care for, mums and babies, dads and babies, grandparents and babies?’ asks Ms Hoskyn.

“Look for the Chatter and Natter table and sit there.  Stay for five minutes while you have your drink or longer. It’s not about making friends, just having good old fashioned human interaction.”

Café owners interested in joining the Chatter and Natter program can find out more at www.thechattycafescheme.co.uk.

A similar scheme in Perth is Memory Cafés. A number of cafés across Perth run a very special morning tea once a month.

The morning tea is for people living with dementia; an informal and social affair where people can feel welcomed and accepted, remain socially active and make new friends.

Alzheimer’s WA recognised the need to encourage inclusion of people living with dementia in the local community. They partnered with local Government and businesses to bring the Memory Café concept to Western Australia.

Be wary of medical advice you see on social media…