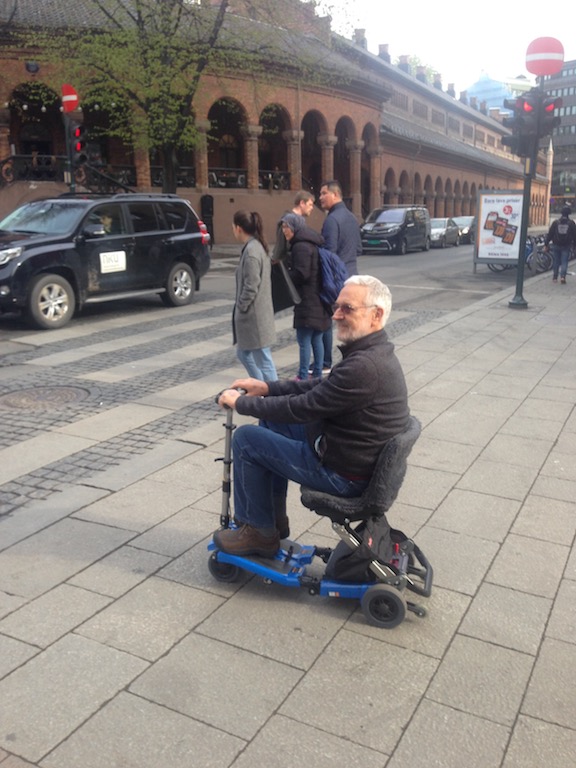 LIKE many older people I have a mobility problem. I can walk, but only slowly and for limited distances.

That means I miss out on many adventures when I am travelling and I’m limited to visiting places that are easily accessible by hire car or public transport. That rules out most gardens, history walks through towns and much exploring of cities.

After much badgering by my daughters and wife, I bought a Luggie Elite mobility scooter powered by an electric motor and battery, for my recent visit to Norway and Scotland.

The Luggie is designed to fold up into a compact shape and weights only 25kg. It can be carried easily in the boot of a car and best of all in the hold of an aircraft.

There are several other makes of mobility scooters that do the same thing. Some actually fold themselves up at the press of a button.

Most airlines will carry mobility aids, such as electric wheelchairs and scooters free of charge, but impose conditions.

You can’t just rock up at the check-in desk with a scooter. You have to get approval from the airline first. This can involve some serious negotiation. Generally the battery has to be removed and carried in hand luggage and the airline has to know the weight and overall dimensions in advance. 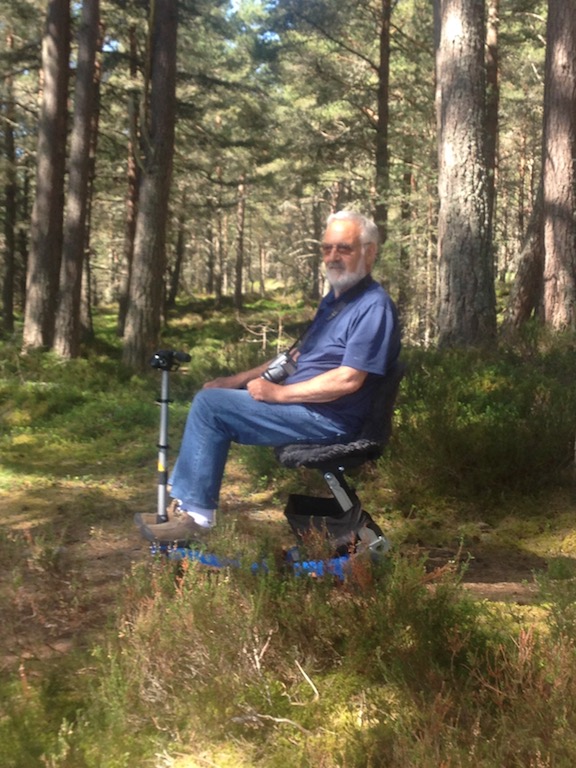 Airport security tends to look askance at the batteries and it is best to carry written authorisation, especially when dealing with security staff who have limited English. I found that electric wheelchair was a better understood description than mobility scooter.

My first overseas trip with my scooter went well. Qantas, Qatar and KLM all agreed to carry my Luggie after some time spent getting to the right department for approval.

Loading at Perth was no problem and the Luggie arrived at Oslo along with me, my wife and other baggage. But then the fun began.

On my first tentative trip round the city my scooter rolled over going round a corner leaving me holding on to a signpost to prevent me falling into the gutter. I was stuck – unable to let go – when two kind Norwegians in a nearby café saw my predicament and hauled me back upright.

“Takk, mange takk og tusen takk,” and I was on my way.

The following day I explored Oslo’s main shopping mall, the grounds of the royal palace and the Peace Museum, followed by a cross-fjord trip and long ride to the Viking Ship and the Kon Tiki museums then back to my hotel for a recharge.

In Bergen I was able to explore the city and even take it up Mount Fløyen overlooking the city on the funicular railway. 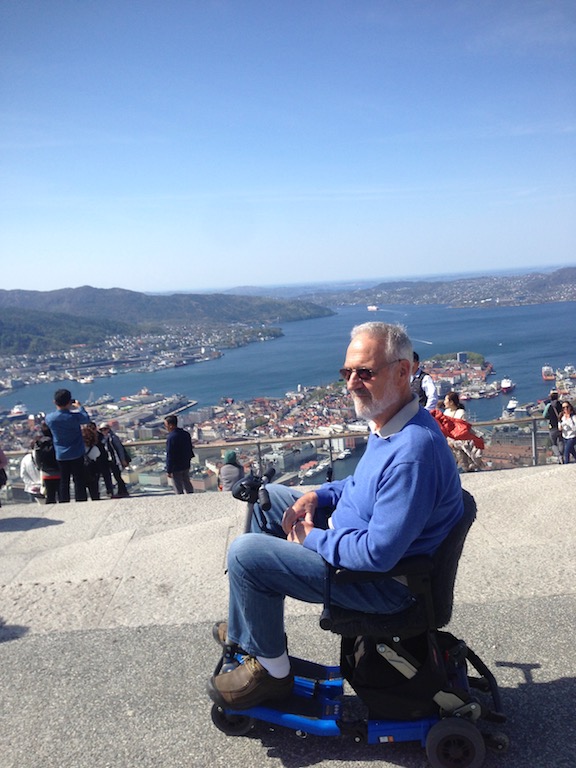 In Scotland we carried the Luggie in the boot of our hire car. This allowed me to take it out and explore towns, gardens and historical sites and to travel further afield in search of restaurants. I was even allowed to ride my buggy through a stately home and a church on one occasion.

I successfully negotiated a walk through Loch Garten Osprey centre’s pine forests at Nethybridge in spite of uneven ground and protruding roots, only falling off when I attempted to turn round on a soft sand patch and head back to the car park

The only disadvantage is that the Luggie tends to rush down slopes and cannot tackle very steep uphill slopes without my reluctant wife or a kindly bystander giving me a push.

It also proved difficult to use in crowded area without danger to other pedestrians.

However I did not run over anyone.

The other problem was the airline baggage handlers who clearly ignored the ‘fragile’ warning and broke off two Luggie wheels and those of the carrier bag.

In spite of the hazards I’m convinced that I won’t leave Australia again without my mobility scooter. 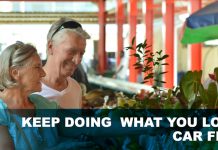 A touch of Maggie Beer magic for SwanCare meals