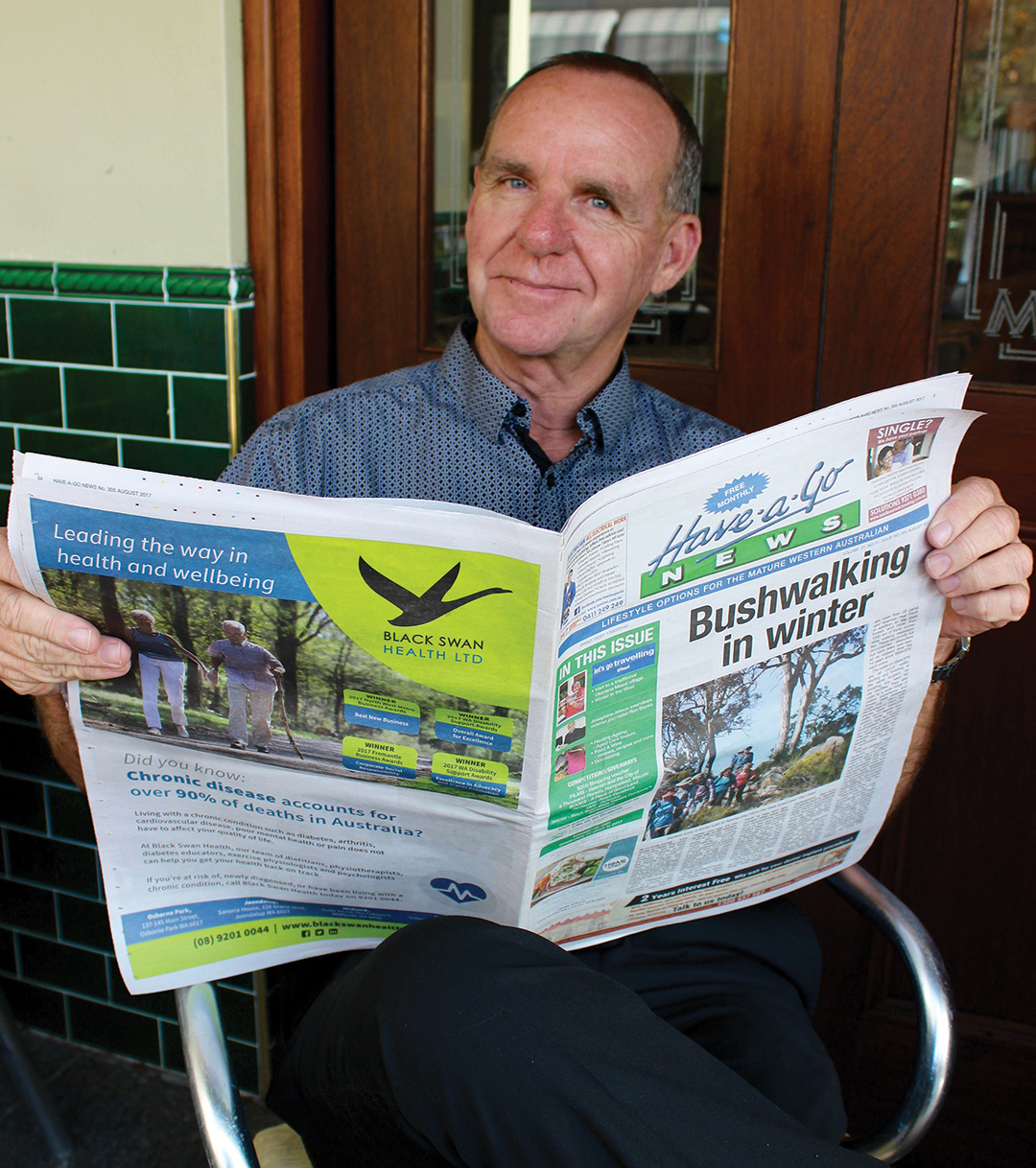 Steve Mills says he is inspired by people every day and loves sharing their stories.

The man behind the microphone on Radio 6PR’s breakfast show each weekday morning from 5am to 8.30am loves his job and being proactive in the community.

I sat down with Steve to find out a little more about this man of the people.

“My father used to say to me that ‘bad things happen when good people say nought’ and that inspired me to stand up for things I believe in and not to be a spectator but to get involved,” said Steve.

Steve says his job is to make sure people are aware of things that are happening in the community and to make sure that we are representing the main stream and that they’re not left behind.

“The refreshing nature of a lot of our callers to 6PR is that they’re people who have seen a lot of life and are quite happy to call it as they see it, without any frills or any form,” he said.

“My challenge as an announcer is that times do change and to educate the listeners that sometimes you’ve got to try and take on a new point of view,” he said.

Steve says that he comes from a generation that learned to respect those who came before us.

“The heritage that we have here in Perth is really good and I think not enough respect is given to the people who laid the foundations for the things we enjoy today.”

He says talkback radio provides a great opportunity for debate.

“When people don’t say what they really want to say or when we don’t debate issues, whether we are talking about religion, cultural differences or politics, if we’re not encouraged to talk about these issues then people can become ingrained with false beliefs. Debating issues allows us to educate people.

“You may not agree with me on every issue but we need to agree that I’m entitled to my opinion and you’re entitled to yours,” said Steve.

One of things that Steve loves about working on radio is that it is constant in people’s lives, radio is there 24 hours a day, seven days a week and provides company and support for people.

“When we (co-host – Basil Zempilas) hit the airwaves at 5am – I kind of see ourselves as the demarcation line to the wee small hours of the night which can be a real battle for people and we signify the new day which brings hope,” said Steve.

I asked Steve what he thought was a priority for our ageing population in WA.

“I think the group of people that you and I deal with underestimate their political voice and as a block going forward they have to recognise they are a force.

“I do worry about the level of care available for older people and who is looking after them and I worry about people getting ripped off.

“We need to make sure the older demographic are represented and in touch with real issues. Anyone who ignores them will ignore them at their peril,” he said.

Steve said that life in general is all about taking advantage of opportunities that come along and overcoming obstacles and challenges that are put in front of you.

He’s a passionate man who is excited by life and thinks that passion is contagious.

And one of his great passions is sport.

“I love sport, any kind of sport, I love the contest – to me that’s what it’s all about.

“In recent times I’ve achieved a lifetime goal of becoming a bookie, I’ll never be any good at it but I love it.

“The first time I walked onto a racetrack I just loved the whole thing, the beautiful majestic nature of the horses, everything, to me it’s like a grand final day.”

As for his favourite footy team Steve still barracks for his childhood team St Kilda, but says he always watches the Eagles and the Dockers when they play.

He says that it’s going to be St Kilda’s year soon.

Steve Mills is a happy chap who strives to be a better person everyday. He loves mixing with people from all walks of life, talking to them and finding out their stories.

He is a man of the people and his advice: “Live today like it’s your last.”