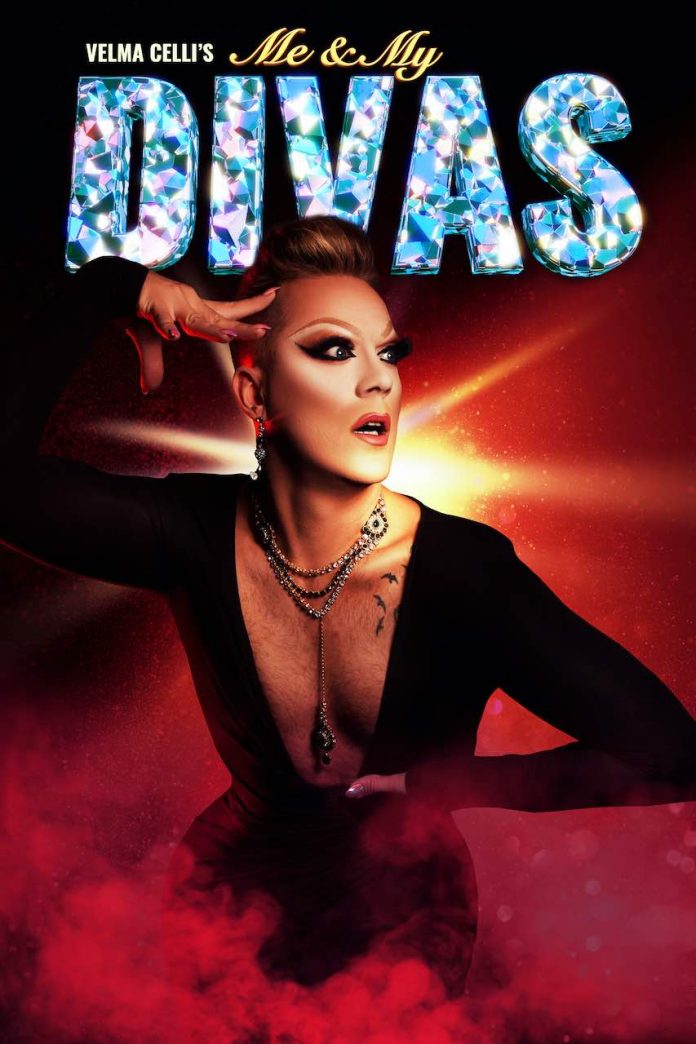 No diva is safe and there’s no riff she won’t sing when UK Queen of live vocal drag, Velma Celli, returns to FRINGE WORLD 2020 with her brand new show Me and My Divas, 20 to 28 January.

Me and My Divas is an overindulgent diva fest celebrating the hit songs, idiosyncrasies and mannerisms of all of your favourite divas including Celine, Mariah, Whitney, Aretha, Cher, Britney (maybe not!) and many more.

Joining Velma on stage is her music director Joe Louis Robinson, who together were nominated for Best Cabaret at FRINGE WORLD 2019 for A Brief History of Drag.

Playing to sell out houses and charming audiences across the globe for the past 10 years, Velma is the alter ego of West End star Ian Stroughair who has appeared in hit musicals Cats, Fame, Chicago and Rent, to which he received critical acclaim.

Velma has also appeared on BBC’s Eastenders (as herself), sung with Broadway legends Ruthie Henshall and Olivier award-winning and Perth favourite La Soiree, performed privately for royalty, can be spotted in American comedy series Piss Off, I Love You, and has a self-titled album on iTunes, to name a few.

Reflections of Life from an Essex Girl by Linda May Johns

Closed: A double pass to DOWNSIZING