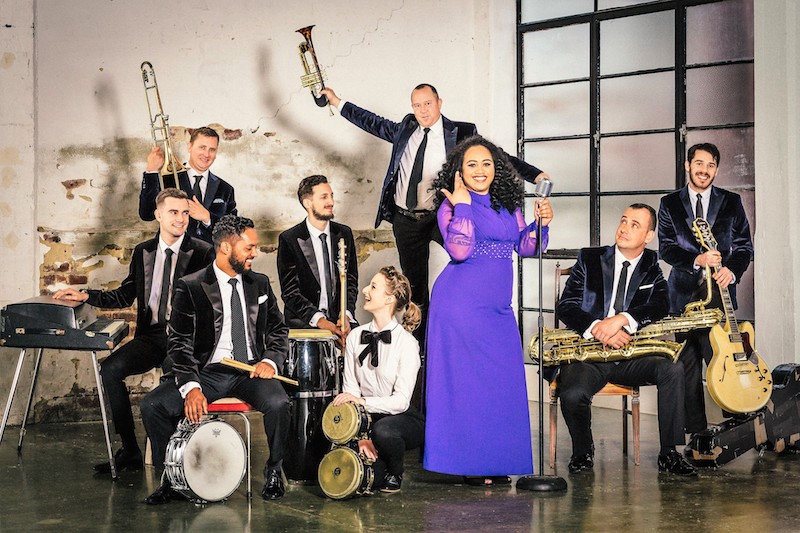 IN 2018, the Milford Street Shakers are set to shake the hills with their Motown Hits the Hills concert at the Parkerville Tavern.

Band leader Dom D’Leno said performing in Parkerville is was one of the band’s favourite gigs of the year.

“The historic old pub, with its glorious setting on the lawns surrounded by the forest, creates a magical place for us to belt out the beautiful blues music we love,” Dom says.

This year’s concert will be supported by singer songwriter Reo Dunn (Te Reotakiwa Dunn), a well-known New Zealand artist who won Best Maori Album in 2006. His voice is compared to that of Stevie Wonder and his repertoire of rhythm and blues will be a perfect complement to the Milford Street Shakers.

On the menu will be wood-fired pizzas and hot pork rolls, in addition to the tavern’s weekend á la carte menu, so customers can enjoy a fabulous meal to the sound of some great music.

In the last 12 months The Milford Street Shakers have rapidly earned a name for themselves as one of the State’s most dynamic bands and the band’s style of music appeals to a wide age range.

The performance will feature the big soul music from musicians like Aretha Franklin to Ray Charles and James Brown to Etta James.

“It will be a fantastic night,” Dominic says.

The concert will be on Saturday, 7 April, from 6pm to 9pm.

Tickets are $25 per person with children under six years free. They are available from motown-hills-apr2018.eventbrite.com.au or on a first come first served basis at the gate on the night.

The Parkerville Tavern at 6 Owen Road, Parkerville, is around a 40-minute drive from the city.

We have five double passes to giveaway to this concert on Saturday 7 April for readers.
To be in the draw simply fill in the form below with Milford Shakers in the subject or write to Milford Shakers Competition C/- Have a Go News PO Box 1042 West Leederville 6901.