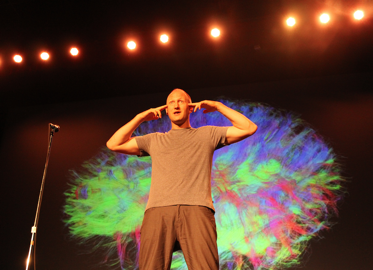 Quantum Words Perth, a festival dedicated to science, innovation and wonder, will be held at the State Theatre Centre from 8 to 10 November and feature outstanding thinkers, scientists and creators from across Australia and overseas.

Presented by Writing WA in association with Writing NSW, Quantum Words Perth will delve into everything from climate change to orangutan protection, water, ‘alternative facts’, and Indigenous knowledge.

Writing WA CEO Sharon Flindell said there was a groundswell of enthusiasm for meaningful discussion and thought-provoking content right now. “Quantum Words Perth is a writers’ festival that will enable scientists and writers to bring their work to the community and to explore what science has to say about how we understand the world and the pressing issues of the day,” she said. “We’re thrilled to have festival patrons Lyn Beazley AO, and Caitlin Revell, WACE Beazley Medal winner for highest academic achievement in 2016, on board to help us spread the word. They are wonderful ambassadors for science in WA.”

Writing NSW CEO and festival founder Jane McCredie said programming was already underway. “Quantum Words was established in NSW in 2016 as a biennial event, so we were excited when Writing WA approached us to collaborate on a Perth festival in alternate years,” Jane said. “With the major challenges our world is facing, it is more important than ever to provide opportunities for scientists, artists and leading thinkers to talk to each other and engage with the public.”

Festival guests already confirmed include New York-based rap artist and playwright, Baba Brinkman, best known for his “Rap Guide” science-based hip hop albums and theatre shows. Baba has been called “astonishing and brilliant” by the New York Times and was a Scotsman Fringe First Award winner at the Edinburgh Fringe. His latest science/rap/comedy show, about the neuroscience of consciousness, recently concluded an eight-month run off-Broadway.

For Quantum Words Perth, Baba will be performing three different works including his rap guides to Consciousness and to Evolution for the general public, and to Climate Chaos for schools.

Also confirmed is Leif Cox, founder and president of the Orangutan Project, International Elephant Project and International Tiger Project and author of Finding Our Humanity and Amazon bestseller Orangutans:My Cousins, My Friends. Additional guest speakers will be announced in coming weeks.

The Quantum Words program will include both free and ticketed events, with curated sessions for both kids and adults.

Quantum Words Perth is made possible thanks to Department of Local Government, Sport and Cultural Industries, the Department of Jobs, Tourism, Science and Innovation, Lotterywest, State Theatre Centre, Boffins Books, Alex Hotel, and the Science Teachers Association of Western Australia. 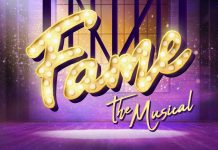