ONE of the world’s rarest motorcycles, a Honda CB750 that was one of just four built by hand in Japan in 1968, and now one of only two of those four still in existence today, will go to auction in England in March with expectations it could fetch up to 40,000 pounds sterling, or over AU$70,000.

The four hand-built CB750s were created to help promote the launch of the factory-made CB750 a year later in 1969, a four-cylinder machine dubbed “the world’s first superbike” and with a never-before top speed of 201kph.

Two others of the four hand-made models went to the USA and were eventually bought by enthusiasts after they’d completed their promotional duties, with one being re-sold there as late as 2014 for US$148,000 (AU$187,000) and the other crushed for scrap five years ago. A third hand-made went to France for the CB750 launch all those years ago but what happened to it after that no one knows, and the fourth is now going to auction in March.

H&H Classics that will conduct that auction say that on its release, the CB750 was “the most sophisticated production bike ever… one of the top landmarks of Japanese automotive technology.”

The 50 year old hand-made machine to be auctioned on March 4 at England’s National Motorcycle Museum, was owned by the one motorcycle enthusiast for 35 years until his recent death.

For more information about the CB750 and other motorcycles and cars going to H&H Classics’ March auction, go onto info@handh.co.uk 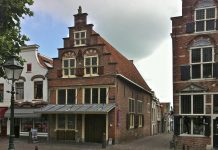 Struth! Prove to the world you ain’t no witch

Struth! Price that’s something to wine about