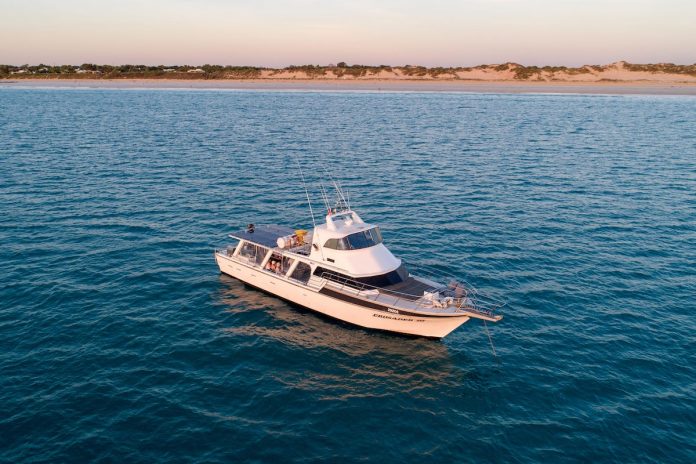 Holidaying in beautiful Broome is back, with a dream-like day trip offering visitors a dining experience with a difference. Launching in May, Broome Cruises’ popular Sunset, Seafood and Pearling Cruise returns for a second season, with a new menu, rare live pearl harvest and next-day pearl appreciation among the alluring extras for guests in 2022.

The all-in-one, ‘best of Broome’ experience uniquely blends the region’s seafood and produce with its pearling, culture and iconic sunsets. The new, enhanced tour package runs over two days, offering local hotel transfers as part of a long list of inclusions.

Cruise Broome’s pristine waters on board a 69-ft triple-deck pleasure boat to harvest a precious Cygnet Bay pearl at sea. Dine on a seven-course seafood degustation menu prepared by a private chef on deck, while sipping premium West Australian wines and boutique beers, served throughout the four-hour voyage.

The following day, a hosted visit to Cygnet Bay’s showroom takes you to an exclusive grading of the harvested pearls.

The experience also offers the chance to spot turtles, whales and dolphins in season, while cruising.

Broome Cruises is operated by Sea West, the company behind the successful Rottnest Cruises, South West Cruises and Mandurah Cruises.

Owner Myrianthe Riddy said the 2022 Sunset, Seafood and Pearling Cruise was designed to give visitors a taste of Broome’s best, in one experience.

“With WA’s borders now open, we know people are seeking authentic experiences that reflect a true sense of place. We have designed our tour to present just that, with some added indulgence.

“To harvest a live pearl and dine on seafood cooked before you, while drinking WA wines and Broome beers on a boat at sunset, feels like pure holiday escapism,” she said.

Pearling the precious and delicious

The cruise visits native pearl oyster beds at Cygnet Bay, the oldest Australian owned and operated pearl farm. Nets of live shells are pulled up and expert crew demonstrate how to shuck the shells. Guests can touch a live shell and witness the extraction of a precious pearl. Carefully cultured over many years, Cygnet Bay’s world-class pearls are over a thousand times rarer than diamonds.

A pearl meat delicacy is then served for you to taste. Pearl meat is the adductor muscle of the oyster, which allows the shell to open and close. Often referred to as a blend of scallop and abalone, it has a fresh, sweet taste, with plenty of health benefits and even aphrodisiac qualities.

“Only very small quantities of pearl meat are harvested in Australia. It is a rare and attractive shellfish product, selling for around $200 per kilogram,” he said. 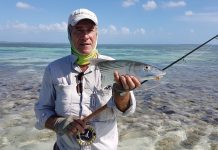 Nipping-up to Northam… a happy hamlet and true escape from the...