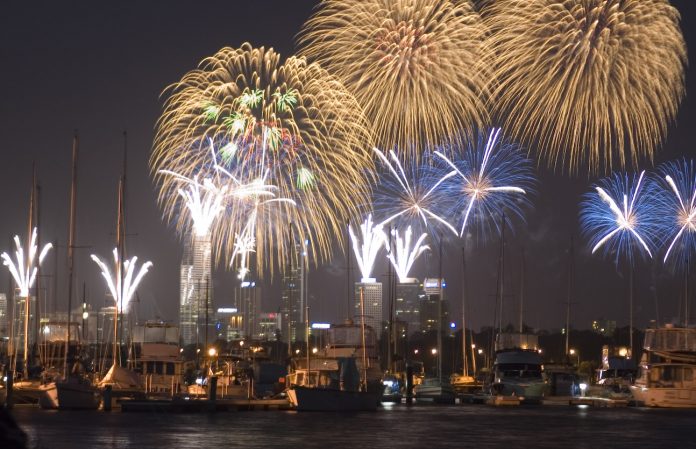 Nine Perth is proud to be the official television broadcast partner of The City of Perth Australia Day Skyworks, with exclusive coverage starting with a special edition of Nine News at 6pm this Sunday.

Live from their studios at the top of the terrace, Louise Momber will cross to presenters situated at vantage points across the suburbs, the city and the foreshore – including Michael Thomson positioned in South Perth amongst the hive of spectator activity and Scherri-Lee Biggs presenting the weather from Langley Park.

Nine News will keep viewers up to date throughout the one-hour bulletin, with the latest information ahead of the biggest Australia Day event in the country.

On the ground, Nine Perth will also showcase its free entertainment zone in Langley Park from 3pm, where spectators can take part in family-friendly activities, meet and greet Nine personalities including The Block’s Matt & El’ise, and also remain sun-smart with complimentary sunscreen and hats.

This will also be one of the many donation points situated around the foreshore for those wishing to donate via cash or eftpos to the City of Perth bushfire appeal.

Then, following Nine’s coverage of the Australian Open after 9pm, The City of Perth Skyworks television special will be hosted by Nine News Perth’s Michael Thomson, together with Scherri-Lee Biggs and sport presenter Paddy Sweeney.

This 45-minute broadcast will recap all the excitement and entertainment from the day, before culminating with a replay of the fireworks spectacular with cameras strategically positioned across the city, including Kings Park, Elizabeth Quay and the main control barge, giving viewers a unique perspective like never before.

The City of Perth Australia Day Skyworks is one of the numerous high-profile community events Nine Perth supports throughout the year.

Thommo keeps fit and healthy as he clocks up 60 this...