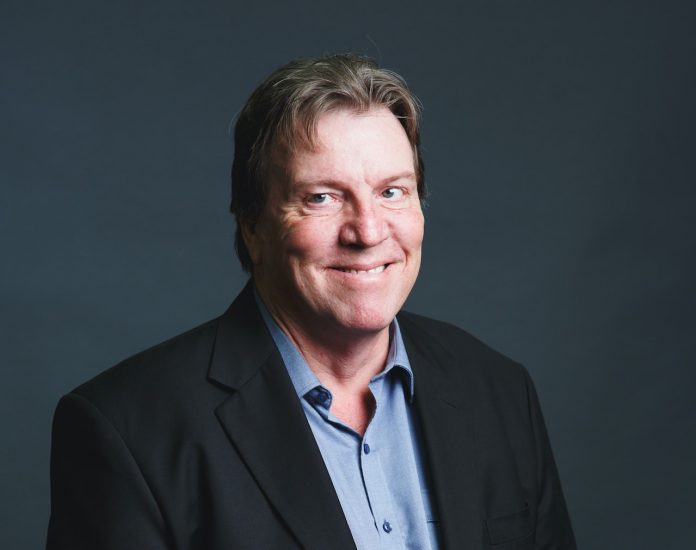 “I never intended to become a Graham Mabury-lite,” said 57-year-old Chris who took over the 6PR night-time microphone after Mabury switched-off his 33-year stint in 2014.

“I never applied for a job at 6PR. I was happy playing records on Bunbury radio and when I was up in Perth, I dropped into 6PR.

“I’d worked for their program director, Kevin Newman, before. He said: ‘Have you ever thought of doing talk radio. You’ve got an opinion on everything and you’re not afraid to express it.’

“I had been playing music on country radio stations up till then. Kevin said: ‘You’ve got to grow-up sometime. You’ll get to the stage when you’re older and playing hot hits isn’t cool anymore.’”

So Chris joined 6PR as a floater presenter in 1998, filling-in whenever a broadcaster was absent.

It was a role he relished and where he showed an intense interest in current affairs, history and music and a phenomenal memory.

“I just have this annoying habit that when someone tells me something, I remember it. In my mind, when I look back, I see them telling it to me.”

With his genuine interest in people, a consistent listening ability and healthy sense of humour, Chris was a good and reliable bloke to have in the radio station’s hot-house conditions.

Stories about the radio industry’s metaphorical revolving doors abound. Media candidates train for half a lifetime and juggle jobs endlessly to score a plum post at the microphone on a major city radio station.

Chris, whose love of radio began at age five when his grandfather gave him a little transistor radio in Narrogin, was in the right place at the right time to become 6PR’s night-time voice.

I never applied for a job at 6PR.

It was also a blessing for 6PR management. Filling the shoes of Perth’s venerable and much respected radio personality would always be a challenge. To have a proven, informed and respected operator already working in-house, saved the station’s bacon – and ratings.

Chris knew it would take time to win over listeners and build his own loyal base but he would have to do it his way. He immediately renamed the 8pm-midnight slot, Perth Tonight.

“I was no Graham, of course, and obviously this program was never going to be an extension of Graham’s Nightline program,” Chris told me.

“I was also the first presenter in that slot since 1978 not to be an ordained minister of religion.”

Father-of-three Chris was thoroughly grounded in country radio. After leaving Narrogin schools he was DJ in Albany, Katanning, Northam, Geraldton and Bunbury.

His switch to talk radio was seamless and his nightly program has kept to its successful format of current affairs, talkback, humour and Chris’s regular spot of musical history, when he gets to play a few songs and provide background on the artists.

“The immediacy of the material, being relevant to our audience and the response we get are all the important ingredients of the program.

“Of course, there’s always the unexpected. When we’re preparing the program, it can be hard to predict what will get the most response but that’s always a part of it, every night,” he said.

Chris comes from the old school of media: Checking all the facts in the time available, seeking both sides to every story and making clear to listeners the difference between fact and opinion.

“People will get angry at something that someone says and I’ll say: ‘don’t get angry. That’s just their opinion. It’s not fact. Understand the difference’.

“These days on social media, anyone can write anything that somebody has told them in the pub. It usually takes only 30 seconds to show people are talking a lot of crap.

“Many criticise mainstream media, yet it still remains the most reliable source of accurate news.

“Maybe one day, social media will seek to emulate the accuracy of traditional media,” Chris said.

News is in their blood