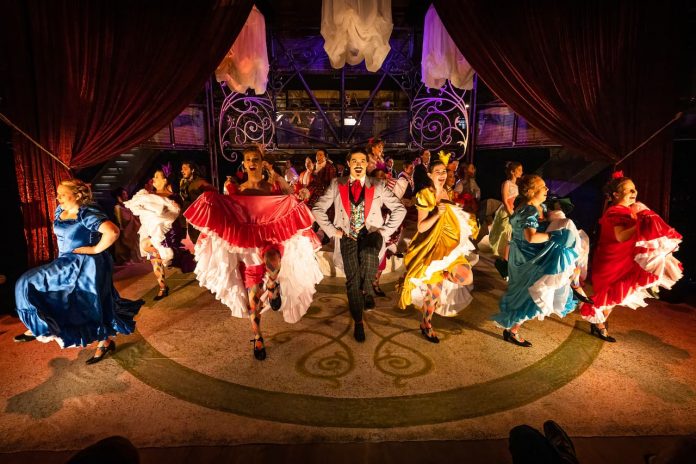 With COVID restrictions limiting live performances and audience numbers in theatres, many productions had to be creative to continue to thrive and Edith Cowan University’s WAAPA is no different.

The students of the performing arts academy are thrilled to offer their supporters a week-long digital season of its annual opera.

“This is a party of a production.”

Orpheus in the Underworld, performed by WAAPA’s Classical Voice and Symphony Orchestra students at The Rechabite Hall in Northbridge, will be available on their Facebook timeline from 7.30pm Saturday 24 October until 11.59pm Saturday 31 October.

With music by Jacques Offenbach and a new libretto by director Nicole Stinton, this comic opera is a satirical take on the famous Greek myth.

In this all-singing, all dancing version set in 1889, an abandoned musician named Orpheus attempts to rescue his wife, Eurydice – from whom he has recently separated – from the legendary Moulin Rouge, the underworld of Paris.

Students hope the online performance will allow friends and family to watch the show they’d otherwise miss out on.

Kimberley Shaw from Stage Whispers is impressed with the quality that came out of these students, and directors Nicole Stinton and Vincent Colagiuri.

“Top notch performances from all soloists, a large, very involved and focused ensemble, orchestra and crew. I highly recommend catching the broadcast season if you are an opera fan, or if you feel you would like to dabble in the genre.”

“This is a party of a production.”

Total eclipse of the moon this July