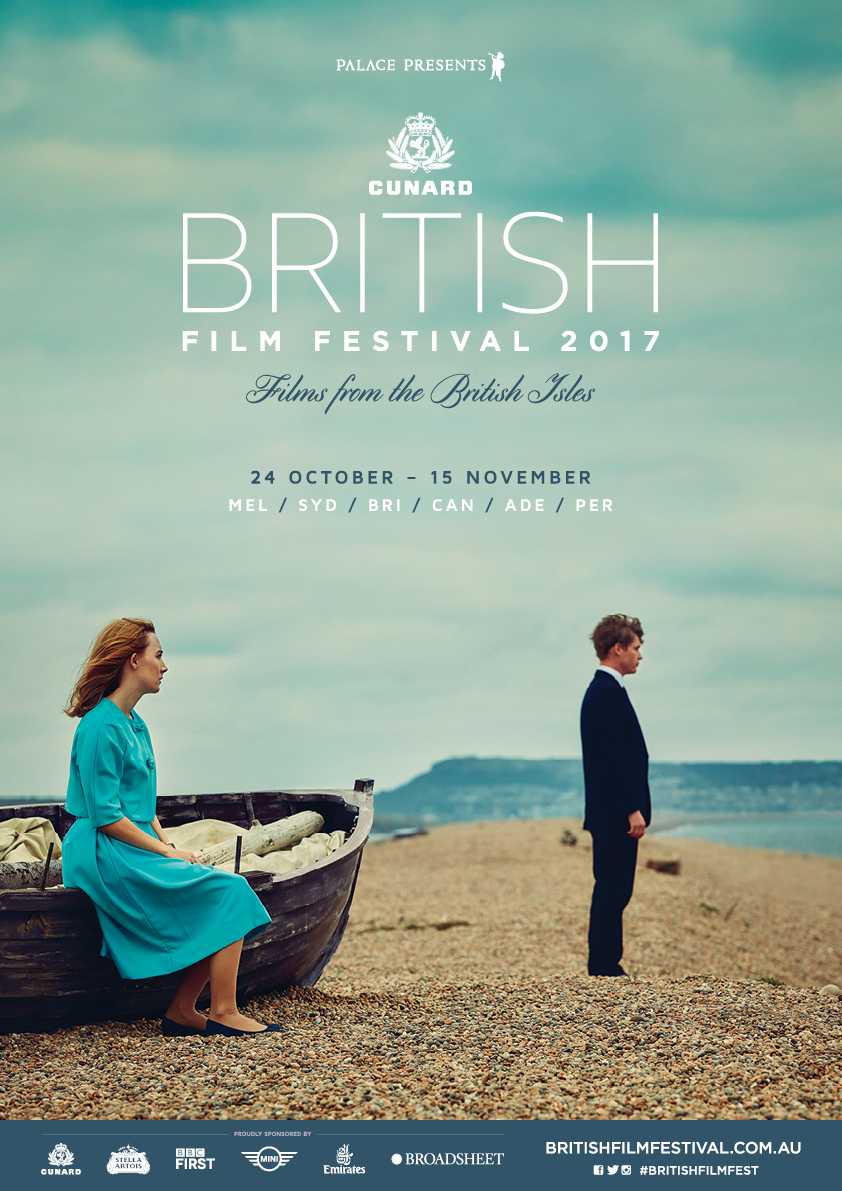 Exclusively at Luna Palace Cinemas, the Cunard British Film Festival is back for its fifth year and we are thrilled to announce highlights from its 2017 program. This year’s blockbuster line-up will feature a spread of British cinematic delights from sweeping romances and beloved book adaptations, to intriguing music documentaries and pulse racing thrillers – all featuring a variety of British cinema royalty, as well as the next wave of British talent lighting up the screen.

We are also delighted to announce this year’s specially curated retrospective, CLASSIC CLUES – SOLVING A BRITISH MYSTERY – a six film program which includes four Agatha Christie classics, all selected to capture the intrigue and suspense of a classic British mystery.

The festival will open with the Australian premiere of actor Andy Serkis’ (The Lord of the Rings, Planet of the Apes) directorial debut BREATHE, which comes straight from opening the 61st BFI London Film Festival. Starring Oscar nominated Andrew Garfield (Hacksaw Ridge, The Amazing Spider-Man) and Claire Foy (The Crown) BREATHE is the inspiring true story of a couple who refuse to give up in the face of a devastating illness. This is a heart-warming celebration of human possibility and two indomitable spirits, who defy the odds to pave the way for change.

ON CHESIL BEACH, starring Saoirse Ronan (Brooklyn, BFF 15) and Billy Howle (Dunkirk) in the adaptation of Ian McEwan’s unforgettable novel about a young couple on their honeymoon is the directorial debut from former Royal Court Theatre head Dominic Cooke, which comes together as a beautifully precise anatomy of thwarted desire.

The highly anticipated and delightful GOODBYE CHRISTOPHER ROBIN also features as part of the program. Domhnall Gleeson (Star Wars: The Force Awakens, About Time) and Australian actress Margot Robbie (The Wolf of Wall Street, Suicide Squad) star in this rare glimpse into the relationship between beloved children’s author A. A. Milne (Gleeson) and his son Christopher Robin, who inspired ‘Winnie the Pooh’.

Changing pace, the festival is excited to announce A LIFE IN TWELVE BARS, from the producer of Searching for Sugarman. This music documentary looks at the life and work of guitarist Eric Clapton, featuring extensive interviews with Clapton himself and drawing on a range of clips, iconic photos and stories as told by those who have known him best, including BB King, Jimi Hendrix and George Harrison.

Also announcing THE BOOKSHOP, starring Emily Mortimer, Patricia Clarkson and Bill Nighy. Set in 1959, this lively period drama tells the story of a woman who decides to open her small village’s first bookshop –  bringing a cultural awakening to a town that has not changed for centuries.

This year’s retrospective, CLASSIC CLUES – SOLVING A BRITISH MYSTERY, is a six-film program which captures the intrigue and suspense of a classic British mystery. Four Agatha Christie classics will screen as part of the selection with titles including MURDER ON THE ORIENT EXPRESS (1974), DEATH ON THE NILE (1978), EVIL UNDER THE SUN (1982), THE MIRROR CRACK’D (1980); as well as VICTIM (1961), the brilliant mystery thriller that daringly smashed through 1961’s homosexual taboos; and the 50th anniversary restoration of Antonioni’s 1967 Cannes Film Festival Palme d’Or winning masterpiece, BLOW-UP (1966).

This is just a taste of the full 2017 British Film Festival program. The full program will be announced early October.

The Cunard British Film Festival presented by Palace Cinemas and Luna Palace Cinemas comes to Perth from October 26 to November 15 at Cinema Paradiso, The Windsor and Luna on SX.

Kilted crusader embraces living life to the full and giving to...