DISNEY Pixar’s newest film Coco reminded me of Up (2009) with the importance of intergenerational relationships and family.

Coco is based around the Dia de Muertos or as we know the celebration Day of the Dead and director Lee Unkrich thought it essential to have an all Latino cast for the film.

Our main character Miguel (voiced by newcomer Anthony Gonzalez) carries us through the story, introducing us to his family of shoemakers from Mama Coco his great-grandmother to his strict Abuelita (grandmother) who enforces the family’s one rule – that music is banned.

Through his love of music, we follow Miguel on his journey that takes him to the stunning and colourful Land of the Dead.

Along the way we meet the charming trickster Hector (voice of Gael García Bernal) and together they set off on an extraordinary journey to unlock the real story behind Miguel’s family history.

Throughout the Land of the Dead we also meet Miguel’s family and even Frida Kahlo. And we can’t forget Miguel’s trusty animal sidekick Dante.

One aspect of the film that I really loved was learning more about the traditions and beliefs of the Dia de Muertos and how the Mexican people celebrate it.

Pixar has taken the serious topic of death and added colour, love, music and humour.

The colourful setting of Dia de Muertos shows that the festival is about love and remembering the happy times.

The love that Miguel has for his family, even if they’re not always right and how much love they have for him really comes through strongly in this film which I found really poignant.

The music will have you tapping your foot and Anthony Gonzalez has an amazing voice.

And let’s not forget the humour injected into all the right spots especially from Hector.

One thing that has stayed with me from this film, especially having lost a close family member fairly recently, is that as long as there is family to remember them, they’re not forgotten and you will always have the memories of them.

I would definitely recommend taking the grandchildren to see this film as it’s highly enjoyable for both adults and children. 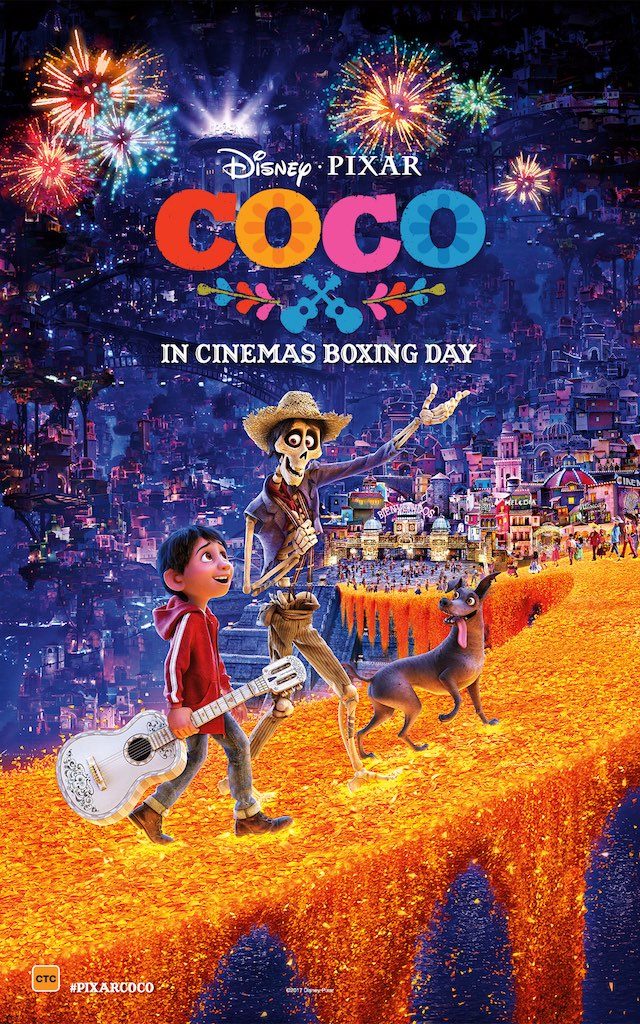 To be in the draw to win one of 10 family(admit 4 passes) to Disney Pixar’s Coco – simply send an email to win@haveagonews.com.au or fill in the form below with Coco in the subject line or call the Have a Go News office during business hours on 9227 8283 closes 18/12/17.

Courtesy of AGL win a chance to see the West Coast...