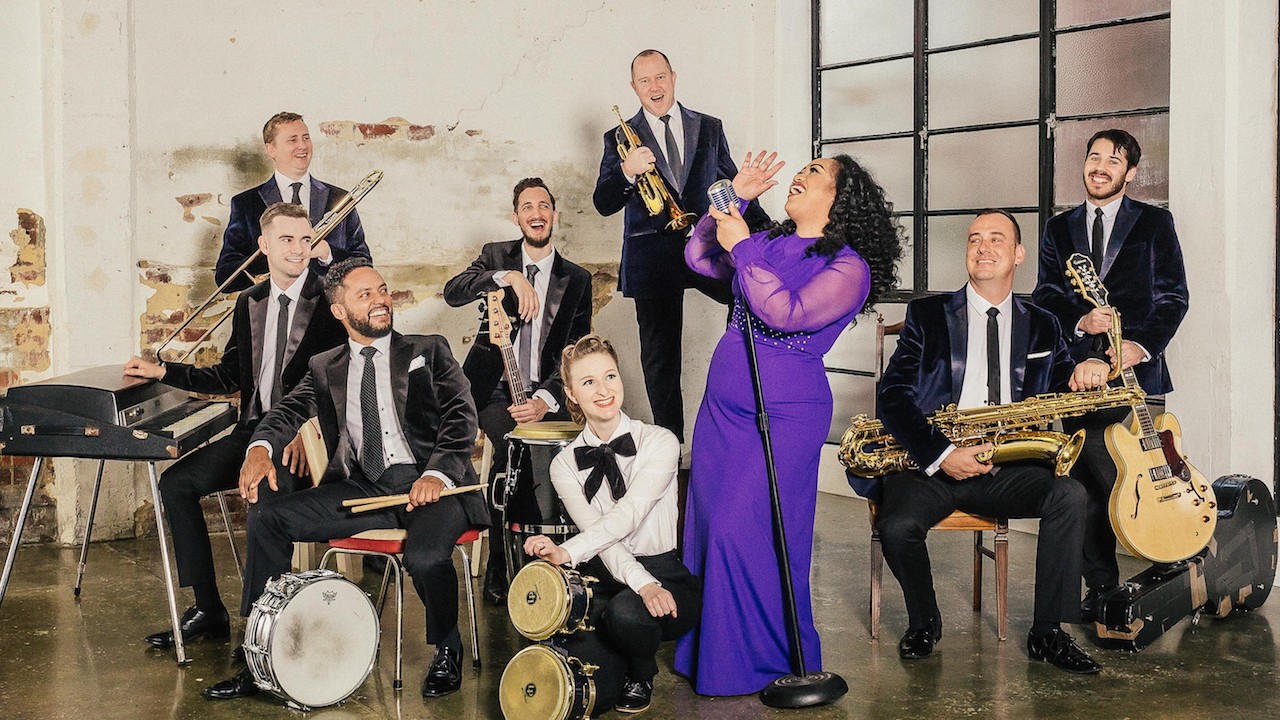 THE Milford Street Shakers wowed an audience at Subiaco’s Regal Theatre last year and they are set to do it all again this year.

The 60s soul and R&B band will bring back their Beyond Hitsville: Motown to Muscle
Shoals concert to the Regal on 29 June.

Band leader Dom D’Leno said the concert, featuring the get-up-and-dance music of America’s fabulous 60s Soul and Motown music, proved incredibly popular in 2017 and audiences had been asking for a return.

Timeless music from performers such as Aretha Franklin, Marvin Gaye and the Supremes were incredibly popular with audiences of all ages.

“People just love the sound of the nine-piece band and can’t resist grooving in their seats to the toe-tapping music,” he said.

Vinyl DJs and an after-party will again be part of the Super Soul Spectacular and this year support act, award-winning New Zealand musician, Reo Dunn, who has a voice that has been compared to that of Stevie Wonder, will set the scene for the main show.

It’s been a big 12 months for The Milford Street Shakers who have performed to audiences across the State from the Pilbara in the north to the Leeuwin Concert in the southwest, but Dom said the Regal concert was a real highlight for the year.

“The sound we can create in that venue is so powerful it really gets the audience going,” he said.

“It doesn’t matter whether you are 21 or 81, its music that’s impossible to resist.”

Doors open at 5.30pm with Reo Dunn playing at 7.30pm and The Milford Street
Shakers from 8.15pm to 10.30pm with a 30 minute intermission. Adding to the fun will be the Milford Street dancers performing alongside the band.

After that the party will move upstairs to the Regal Attic bar with a DJ.

Dom said The Milford Street Shakers takes its audience on a journey from the late 1950s to the early 1970s Chicago, Memphis, New York, and Alabama.

“It will be a fantastic night and the band is really looking forward to it,” he said.

“This band is so much fun, both to watch from an audience perspective as well as to perform in.”

Tickets are on sale now from http://www.milfordstreetshakers.com.au/

To be in the draw to win one of three double passes to the Milford Street Shakers at the Regal Theatre on 29 June simply fill in the form below with Milford Shakers in the subject line or write to Shakers competition c/- Have a Go News PO Box 1042 West Leederville 6901.