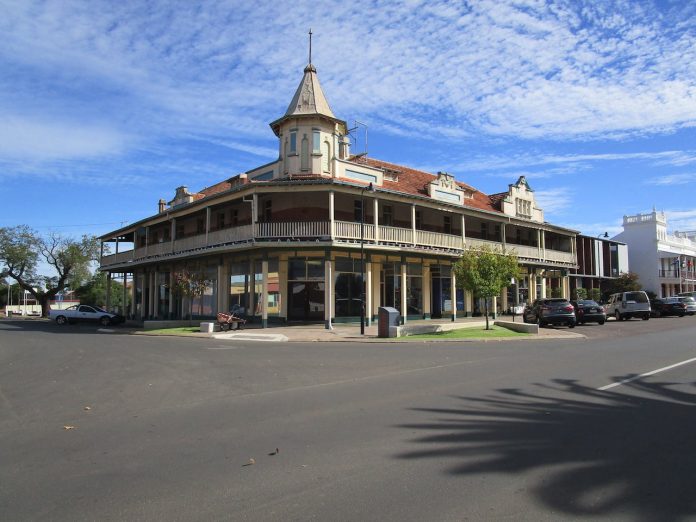 Katanning is cool. That’s the verdict from kids around the Great Southern, enthusiastically expressed by callers to country ABC radio.

We heard their praise while motoring along the Great Southern Highway on our first visit to Katanning.

We soon saw why. The forward-thinking leaders of the historic town have greatly extended its public playground into a showpiece. And regional kids are lapping it up, skateboards whizzing. It even has an official title: All Ages Playground.

The tidy town, 277 kms south-east of Perth with its wide streets and long line of welcoming international flags, is approached through a tree-lined section of country highway.

Given the sophistication of this delightful idyll, its population of about 4,000 is a surprise.

Katanning turns out to be a regional hub. We learn of the largest undercover sheep-selling complex in the Southern Hemisphere.

“Come and enjoy watching the truckers and sheep dogs unload the sheep on a Tuesday afternoon and enjoy dinner at the café or breakfast before or after the auction at 8.30am every Wednesday,” says the town’s blurb.

“Visitors should ensure they wear enclosed shoes when entering the saleyards.”

Opened by then premier Colin Barnett in 2014, the saleyards boast 1,008 selling pens and “the only saleyards in Australia with water in the selling pens.” It is capable of trading 1.5 million sheep a year.

Katanning proudly protects its 109 heritage-listed buildings and places with Frederick Piesse watching down from high on his town pedestal.

This historic figure would be unknown to most West Australians but deserves rightful recognition: State pioneer, businessman politician.

Northam-born, in 1853, the son of a policeman and magistrate, Piesse went to schools at Guildford and Northam before working at Northam’s general store. After pearl fishing at Shark Bay, he became a postmaster and telegraphist.

In 1880, Piesse and brother Charles launched a general produce firm, F. & C. Piesse, at Williams before he set-up a portable store, following progress of the Great Southern railway, finishing up at Katanning. He built a flour mill in the town and also produced award-winning wines. His orchard near the town grew 2,300 trees.

Piesse became a member and chairman of the Williams Road Board, a Justice of the Peace and joined the Katanning Road Board as well as the Board of Agriculture.  He was a member of WA’s first Parliament under responsible government in 1890.

From 1896 to 1900, he was Commissioner for Railways and Director of Public Works in the Forrest Ministry. A WA delegate to the Federal Convention of 1897, he was WA Acting Premier in 1900 and later became Leader of the Opposition.

The Piesse name is sprinkled around Katanning. But the first Europeans to explore the Katanning area, 186 years ago, were WA Governor James Stirling and Surveyor-General John Septimus Roe, travelling from Perth to Albany.

Sandalwood cutters came in 1870 and then the West Australian Land Company extended the Great Southern Railway from Beverley to Albany in 1889 and set-up Katanning as a town.

The ground-floor street frontages of the mill were later converted into shops for music, butcher, dress, barber and tearoom.

Acquired by the Shire of Katanning, it was sold for $1 to a private developer who turned it into a hotel and restaurant in 2018.

For city people, Katanning is a perfect country getaway along an alternative to familiar Albany Highway. The kids and grandkids will love it.

Delving into a new tourist attraction… the Horsepower Highway