Rottnest Island’s undisputed stars seem to have exploded. Of our many island visits over a generation, quokkas seem to be in their biggest numbers ever.

After dusk, along roads, tracks and trails there are hordes of nibbling quokkas including many young ones winning the hearts of tourists.

With quokka selfies dominating the island’s human activities, could it be that quokkas are being lured closer to settlements with nibbles?

Despite no-feeding, no-touching quokkas signs, there is clear evidence of our furry friends being hand-fed to get them closer for happy snaps.

There are also new chapters in our beloved island’s evolution: Road sealing, accommodation upgrades and greater choices of places to stay.

As well as the introduction of glamping, road-tested by Have a Go News, there are the basic Caroline Thomson cabins, abutting the camping ground. That’s where we stayed.

At the economy-scale end of accommodation, they were well-serviced and adequate for the busy tourist who’s out-and-about most of the time. The walk to other settlements, shops and beaches is not long, so carrying back supplies isn’t a deterrent.

Hotel Rottnest is a credit to its proprietors, with comfortable, stylish outdoor eating areas including a big sandpit with snow-white sand underfoot and a few easy-chairs and tables under brollies.

The island also has a cottage in Governors Circle that facilitates access for people with mobility impairment.

A strength of the island is its natural appeal.

Beach beauty, scenic strolls, trail trekking – including the Wadjermup Bidi series of walk trails across spectacular headlands and past inland lakes – are high on the Rotto must-do list.

The bus tour is the best way to get a starter’s feel for the island layout, before starting walks or bike tours.

We set out at different times of day and night to capture the natural environment.

Early evening on the jetty outside the hotel, a massive stingray – resembling a mighty manta ray – cruised through the clear, shallow water. Then, much to the delight of whooping, torch-bearing kids, comes a second gigantic stingray. Then a third! Brilliant.

During the day, black king skinks wander onto the warm bitumen – some quickly changing direction, fatally finding themselves under bus wheels. The island’s biggest lizards with long black tails, they are sometimes confused with snakes when ducking through bush.

Wedge-tailed shearwaters – mutton birds – are still a habitual breeder here and their nesting tunnels, up to 4m long, are easily sighted.

These birds spend most of their time out to sea in the Pacific and Indian Oceans and when diving for fish appear to be flying underwater. They come to Rottnest from halfway around the world to have their one chick a year.

Snakes are common with the Rottnest Island dugite smaller and genetically-distinct from its mainland relatives. All are venomous.

Unexpectantly, we come close-up to a pair of green rock parrots whose numbers are perilously-low. They are too quick for us to photograph.

Around the island are new bus shelters, more toilets, added showers and clear information signs. Protected bays, the Basin and Pinky Beach are favourites with families and camera-wielding groups.

Thankfully, there is vast variety of eateries although they operate at varying times. Limited eateries remain open outside normal dining hours. Prices between venues doesn’t alter much.

All eateries are much more comfortable, food and service standards are vastly-higher and so are prices. A careful plotting of food choices is recommended to contain costs.

Choices at the quick-eats, the bakery and the general store are greatly improved. More outdoor cover is also provided. Attacking crows and seagulls – plus quokkas underfoot – are a growing problem as a result of human-feeding.

Rottnest Island is easy to get to, retains a natural environment in parts, has history worth investigating (including its sad chapters of Aboriginal imprisonment and mistreatment, as well as the island’s war-time role), has abundant volunteer support and wide accommodation choices.

Ferries are cheaper than ever due to the new SeaLink ferries starting their service from Fremantle and Perth a few years ago.

These modern catamarans are a far cry from the old ferries of yesteryear, quick and stable, the SeaLink ferries are fully wheelchair and gopher accessible, have disabled toilets on the main deck and the big windows give it a light and relaxing feel. There is a real focus on service which makes the start and finish of the Rottnest adventure that much more enjoyable.

Prices have risen with standards and tourism is booming. For locals, off-season visits are highly-recommended. Take kids and grandkids. They’ll never stop thanking you. 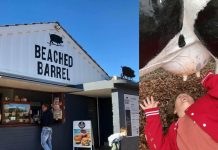 Some top tips to use when travelling around Western Australia 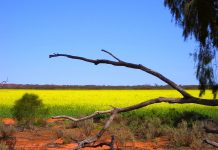 Broome Time beckoned – answering the call to discover the pearl...

22/10/2018
We use cookies to ensure that we give you the best experience on our website. If you continue to use this site we will assume that you are happy with it.Ok