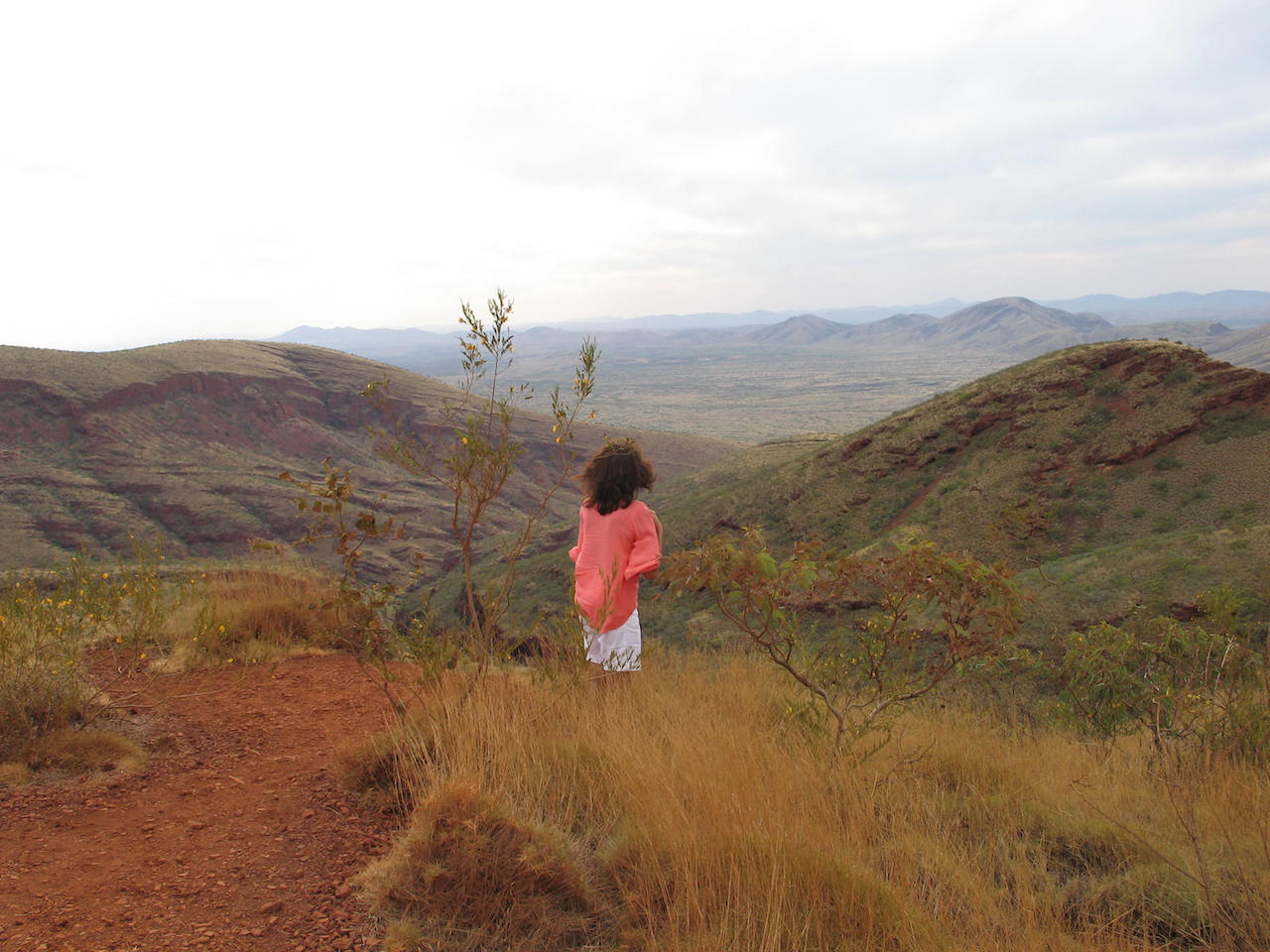 Chances are Tom Price isn’t on your travel bucket list despite being Western Australia’s “top town”.

It’s a title the locals like to use with tongue firmly in cheek because it refers to the place being the state’s highest town, at 747m above sea level.

Whatever, Tom Price is a top town. And, we discovered, well worth the long road trip: 1,470km north of Perth, 633km from Exmouth, 417km from Port Hedland. You get the picture: Tom Price is in the middle of nowhere.

The town and nearby peak, Mt Tom Price, are named after American Tom Price who was working in the region for a US company. Price strongly supported Lang Hancock’s case convincing governments and mining companies to mine the iron-rich hills.

Mr Price, 71, died at his desk two hours after being told of the discovery of a super-rich ore deposit at the place.

Iron ore mining is, of course, the biggest game in town and for $35-a-head, visitors can join a guided bus tour of Rio’s gigantic mine where the driver rolls-off statistics like the $70,000 cost of each tyre on a massive earth-mover. And the $1 billion conveying system. 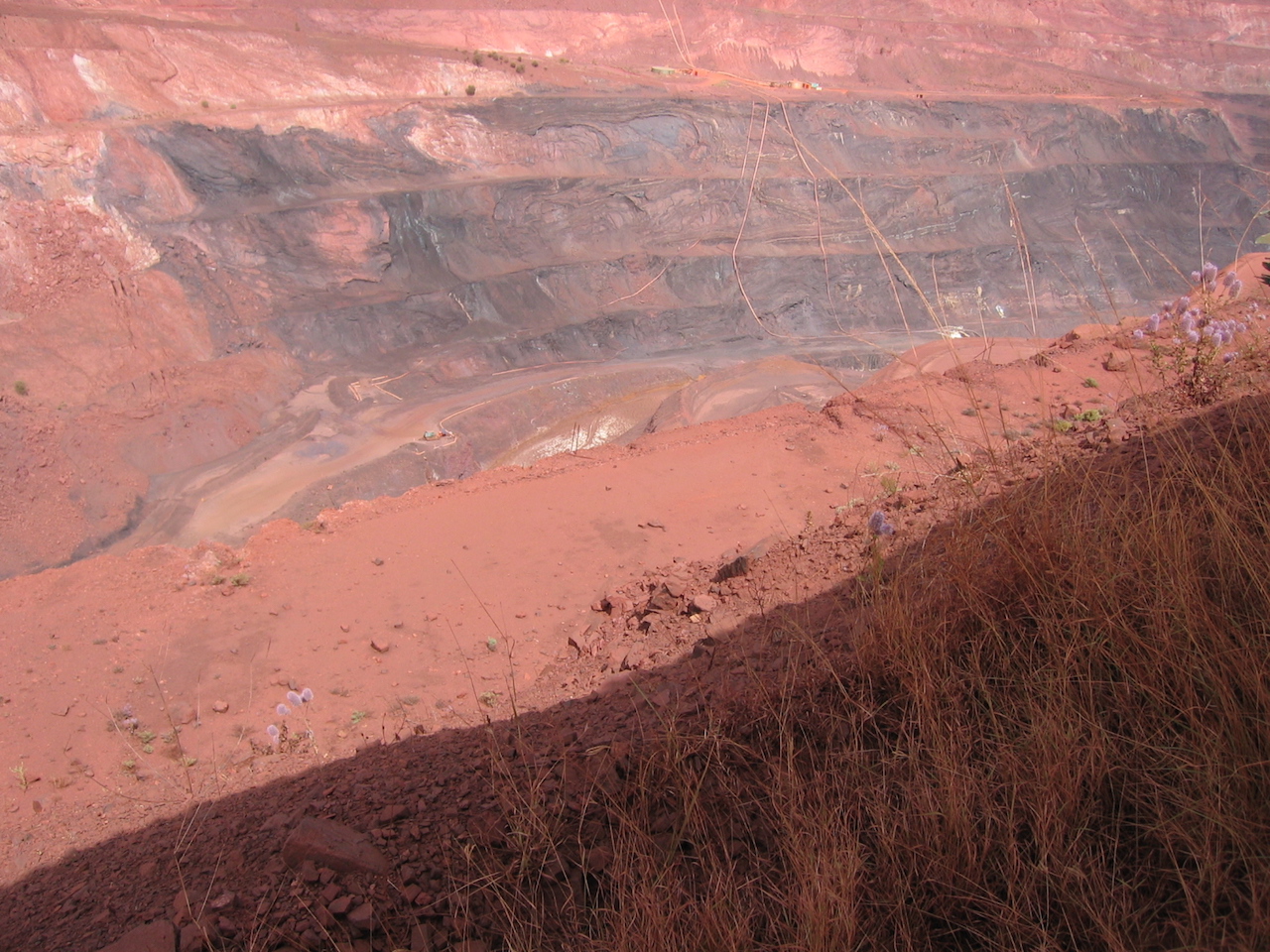 The result of 40 years of blasting, crushing, washing and moving the ore to waiting ships is, frankly, a dirty great gaping hole!

The crater has to be seen to be believed. It’s awesome. But so are the profits and royalties for the nation. And the jobs.

The company’s influence and support has made Tom Price a tidy town, a compact and well-behaved town with 4,000 inhabitants, two primary schools, a high school, an eight-bed hospital, supermarket with fair prices, pool, sports venues and a pub.

We wander into a café where the service is good – service is good everywhere here – with decent coffee and their own-made food. Lovely. And not at inflated north-west prices.

How welcoming to come in from days on the dusty trail to a town that has green grass, clipped gardens and imaginative, meaningful town sculptures.

A travel writer looks for the positives. Tom Price has positives in spades.

The town sits under Mt Nameless which isn’t nameless. It has an indigenous name, Jarndunmunha.

The 1,228m-high hill’s claim-to-fame in that it is WA’s highest peak that you can drive to. You can also tackle it on foot over three hours or join the yearly foot race where the record is an unbelievable 16min-8secs.

4WD is compulsory to the mountain top – and it’s a tough track you’d only want to tackle once. Bone-shakingly challenging – going up and down. Poor car.

But what a reward. You get a bird’s eye view of the sensational region with its impressive, red-ducted hills and dales, the town, the mine in the distance and a patch that is atop bucket-lists around the world, Karijini. But that’s another story.

Tom Price deserves to stand on its own fascinating feet as an example of what a town, a wilderness town, a place that was once a closed, company town, a former wild town can do for its citizens and its tourists.

For a taste of the Aussie outback, rising hills, picturesque landscapes, a respite from the endless open roads, to make you feel you are doing something different, for a break from the city, I really encourage you to take the adventurous route over a few sunny, warm days in the winter months.

We stayed a couple of days in the big caravan park (no bookings), then booked a couple more nights. We stayed a week and got a free night thrown-in.

Packing up, a regular big flock of birds screeches overhead and settles in the gum trees.

Further south you’d identify these raucus characters as white cockies. Here, the white birds are dusted red. Like pretty-much everything.

Retreating for a sojourn to the Great Southern’s Frankland River

Celebrating the abundance of the Great Southern for the Taste Festival