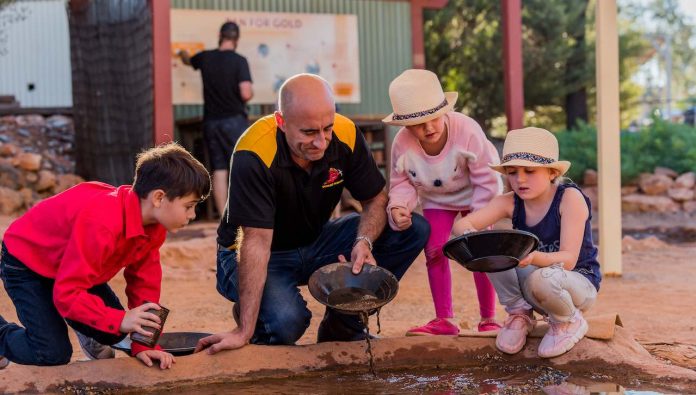 With people looking to explore and appreciate Western Australia more deeply, the state’s Golden Outback is a must. What better way to take a fresh look at what WA has on offer than a visit to magical Kalgoorlie and its many charms.

Melissa Chapman has been the supervisor-manager of Hannans North tourist mine in Kalgoorlie for seven years after settling in the city from Wollongong NSW.

“I was passing through Kalgoorlie on my way to Perth in 2011, fell in love with the town and decided this is where I wanted to live,” she said.

“As manager of Hannans North, I am a jack-of-all-trades, handling management planning, maintenance works, exhibit enhancement, market and advertising and the general financial running of the business.”

It has been amazing talking to our visitors, everyone has been so happy to get out and about and making the best of the COVID situation happening around the world.

“Groups consisted of people who came here years ago wanting to revisit, retracing Kalgoorlie family history, people visiting family and friends and FIFO workers stuck in WA using their days off to travel the state and see things they generally wouldn’t  get to see.

“There were families holidaying in places they hadn’t visited before. It has been amazing talking to our visitors, everyone has been so happy to get out and about and making the best of the COVID situation happening around the world.”

For people planning on visiting Kalgoorlie, Melissa says a trip to Hannans North involves a self-guided walking tour where people can get up close to giant mining machines, go inside a modern refuge chamber, listen to Paddy Hannan tell his tale of discovery and pan for gold and gems in the panning ponds.

“People can even picnic in our Chinese Garden of Remembrance and, on specific days, watch a gold pour demonstration in our 1920 Paringa gold room,” she said.

“Hannans North was formerly the Australian Prospectors and Miners Hall of Fame from 1991 until 2011 with KCGM taking over operation of the site in 2013.”

The Hannans North tourist mine site is historically important as it was one of the first mines in the Kalgoorlie area. DL Doolette first made the application for the lease at Hannans North in 1893, only five months after Paddy Hannan, Tom Flanagan and Dan Shea discovered gold at Kalgoorlie.

Gold was extracted from the site using the original shaft between 1934 and 1952 with the Great Boulder Propriety Gold Mine holding the lease until 1934. In 1935 the Broken Hill Propriety Company Ltd acquired the lease and worked the mine until 1952.

From 1952 to 1991 the mine was worked on an occasional basis by tributers; groups of independent miners granted permission to work company owned mines, with payment based on the value of the ore extracted. This site became a tourist mine in 1991 after the closure of the Hainault tourist mine due to the expansion of the Super Pit.

Melissa says she is extremely passionate about tourism in Kalgoorlie-Boulder. “I love nothing better than showcasing Hannans North,” she says.

“There have been many challenges along the way but seeing the smiles on our visitors’ faces when they find some gold and tell us they have had a great day at Hannans North makes it all worth it.

“I have the most amazing team who are just as passionate and that’s the key to making a great visitor experience.

“Living in the Goldfields means we are surrounded by the most amazing scenery and some fantastic outback trips where you can get away for a week or weekend. There is so much people can see and do and we have such a vibrant community spirit.”

There are 21 epic road trips through WA’s Golden Outback. People visiting Kalgoorlie might like the Golden Quest Discovery Trail. The six-day trip on sealed and unsealed roads unearths the riches of the Goldfield’s 120-year gold rush history – from open-cut mines to amazing ghost towns and the striking Antony Gormley statues on Lake Ballard.

The trail takes people from Kalgoorlie-Boulder on an amazing loop trail from Coolgardie to Laverton through incredible Goldfields towns rich in history, heritage and charm. This is a true outback adventure where people can explore the goldrush legends, landmarks, outback pubs and eerie ghost towns of what is still one of the world’s biggest gold producing regions.

The 965km trail takes people from the mind-blowing buzz of one of the biggest open-cut mines on earth, the Super Pit, to the striking beauty of the 51 steel sculptures on Lake Ballard.

There are outback pubs oozing with character, beautiful nature reserves and campsites including man-made lake Niagara Dam. Visitors can tour the once prosperous town of Kookynie which has a pub well worth the stop as well as old camps in the town of Gwalia, near Leonora, where the 31st United States President, Herbert Hoover, lived and worked. 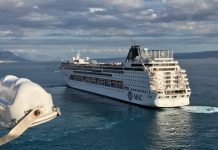 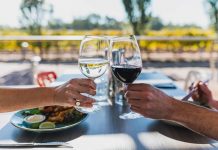 Be entwined in the Swan Valley

A star is born – Broome man makes good with the...