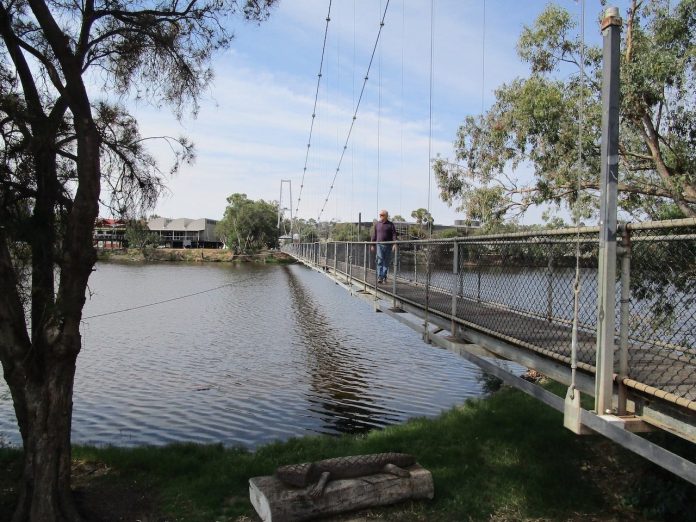 Northam wasn’t even on the family radar when a day-long, picnic getaway in the country was mooted. Plenty of places within a car’s striking distance of Perth were mentioned. And then Northam.

It turned out to be a great choice. A true escape from the city, lovely countryside with flowing rivers, heritage buildings, Indigenous culture and abundant eateries and wineries. Less than 100kms from Perth.

To a lot of city people, the best thing to come out of Northam is the Avon River; especially to those attracted to that annual watery/rocky challenge, the Avon Descent.

But they haven’t taken into account the personality of this happy hamlet, permanently populated by only several thousand people.

The Bilya Koort Boodja centre for Noongar culture and environmental knowledge sets an example of how to disseminate Aboriginal culture from its award-winning, multi-million-dollar base in the town centre.

“The Ballardong people of the Nyoongar Nation have lived with the Avon Valley’s rivers, plains and lands around Northam for thousands of years,” we are advised.

“Our Ballardong culture, our stories, are important for us to share, both the good and the bad.”

Northam, while an agricultural heartland, proudly declares its main drag, Fitzgerald Street, as being second only to Fremantle in historically-significant buildings.

Morby Cottage, home to pioneer John Morrell and the library, is one of the finest Australian examples of Brutalist architecture by renowned architect Iwan Iwanoff. Every street offers a glimpse into the past. Suburban gardens florish in historic homes.

The town hotels and tempting eateries include the original café, Lucy’s, where a roast beef and salad sandwich with a fresh fruit smoothie or milkshake (with metal straw) will rekindle memories of honest food.

No tourist can resist strolling 117 metres along Australia’s longest pedestrian suspension bridge above the river. Northam is at the confluence of the Avon and Mortlock Rivers.

The Avon, having flooded the town, is now contained by man-made banks.

The rivers and the soil impressed European pioneers from 1830 when Ensign Robert Dale led a party of colonists into the region. Formally founded in 1833, Northam was named after an English town by Governor Stirling.

Proclaimed as “the largest inland town in the State not founded on mining”, Northam was a jumping-off point for hardy, hopeful prospectors heading in Kalgoorlie’s direction to tap the Goldfields.

Commercial centre for the Wheatbelt, Northam railway station was opened in 1900 and the town continues to serve as a major railway junction. Northam is served by Transwa’s AvonLink, MerredinLink and Prospector rural train services as well as the famous Indian Pacific to Sydney.

Just south of the town, Burlong Pool in the 1890s provided water for the Goldfields water trains and quickly became a popular swimming pool.

Northam also became home to thousands of migrants during the 1940s and 1950s when displaced people and immigrants fled Europe.

Northam’s migrant centre was the third largest in Australia. By May 1954, 23,000 migrants had passed through the Northam camp and many post-war arrivals, thankfully, decided to stay. The Northam Migrant Accommodation Centre closed in 1951.

Undoubtedly, a lot of hot air comes out of Northam – a favoured site for hot air ballooning. American Steve Fossett launched from Northam on 19 June, 2002, and became the first person to fly around the world solo, non-stop, in a hot air balloon. Steely Steve returned to Australia and landed in Queensland on 3 July.

We can’t mention hot air and politicians in the same hot breath but Northam has turned out more than its share of prominent politicians including our Governor’s father, Kim Beazley Snr, a senior Federal Government minister and Carmen Lawrence, State premier and federal minister.

Bungle Bungle Ranges – the world heritage site – a must...