We’ve all heard the complaints from people travelling out yonder that accommodation prices in WA are too expensive in comparison to a Bali break in pre-Covid days.

Rottnest Island, Cable Beach, Karijini Eco-Retreat, El Questro, all very lovely, but punters complain they can’t afford to shell out hundreds per night for a room.

But those with an eye for a bargain should take a look at what was the equivalent of the old post office social club and is now the revamped API My Reward Club.

It’s been around for nearly 100 years and boasts ocean-side holiday apartments which it owns and operates at Kalbarri, Preston Point, Busselton and Albany.

These are clean and tidy, well-equipped, modern apartments – with prices starting at $99 per night for members – and that’s per apartment, not per person.

Anybody can join the club for $99 plus GST each year. As well as holiday accommodation, it offers a host of discounts on everything from electrical goods to groceries.

Non-members are welcome to book apartments, although rates are slightly higher.

API CEO, Linda Ross, said long term investments made by the organisation meant its operating costs were low and its not-for-profit status meant that all proceeds go straight back to benefit members.

“While its inexpensive to rent our units that doesn’t mean they are run-down or second-rate,” she says.

“The units are maintained meticulously by local caretakers and feature modern appliances and fittings.

“They make for great family accommodation.”

All units are self-contained with crockery, glasses, pots and pans, cutlery and bed linen and towels so guests need bring only themselves and their beach towel. 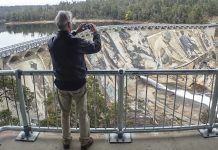 People urged not to travel to Wittenoom… ever 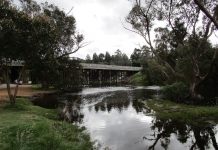 Bridgetown – the perfect spot to enjoy winter in the south west

Stargazing events to participate in around WA

30/08/2021
We use cookies to ensure that we give you the best experience on our website. If you continue to use this site we will assume that you are happy with it.Ok