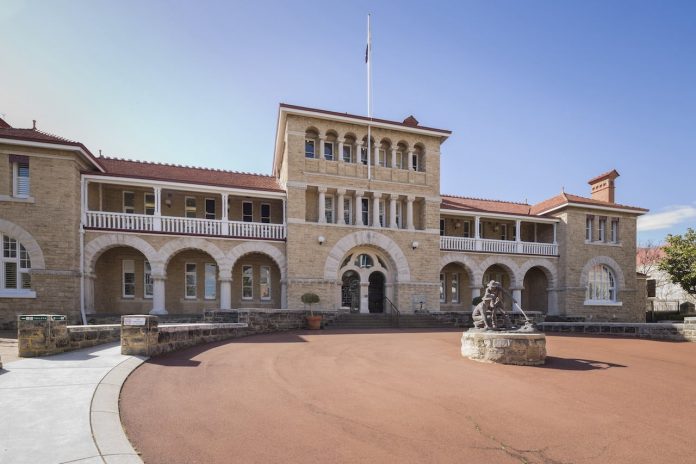 Perth Mint, with its strong allure for international and interstate visitors, has fresh appeal for West Aussies who haven’t trodden the grounds for a while.

Perth Mint has had a slick makeover, modernising while reflecting its amazing historical roots, dating to 1899.

Joining an 11.30am tour group (concession, $17), we watch a gold pour in the original 1899 melting house. It’s something we’ve done before but the process and theatrics still appeal.

Our party of 15 watches how it’s done while the kids marvel at the magic of it all: sizzling liquid gold that cools and hardens in seconds, converted into a gold bar before being placed back in the furnace to repeat the experience for the next tour group.

Perth Mint’s ownership and all its riches was transferred from the British Government to the WA Government only in 1970.

The original purpose was to refine gold discovered in Western Australia’s Goldfields and produce bullion bars and sovereign coins for the Empire and beyond.

Then, over the following 30 years, the Mint produced 106 million sovereigns and 735,000 half-sovereigns from WA gold.

Hundreds of millions of coins for Australian circulation were produced including 855 million decimal one and two cent coins on the Mint’s coin presses. Today, Perth refines 90 per cent of gold mined in Australia, the world’s second-biggest producer after China.

This year, the Mint has renovated the original, heritage-listed building which has stood the test of time, constructed with Cottesloe sandstone and Rottnest Island limestone.

“The result is a modern aesthetic, which blends seamlessly with the heritage features of the Mint, arguably one of the most beautiful buildings in Perth,” said shop and exhibition group manager, Alison Puchy.

The $963,930 project embraces an enhanced foyer and an upgraded luxury jewellery boutique with a new ‘Pink Diamond Room’. It’s a class act.

The Mint has also extended its reach into “the rich bounty of Western Australia.”

South sea pearls make an appearance as well as pink diamonds in the Pink Diamond Room. The backdrop is a hand-painted wall mural of a Kimberley boab tree.

“The overhaul of tourism and retail areas in our heritage building was well-overdue,” said chief executive officer, Richard Hayes. More than 80,000 visitors file through the East Perth premises every year.

The organisation’s stylised swan logo is incorporated in customised black and gold carpet.

Our jaws drop at the sight of the world’s biggest coin that rises on a lift from its own secure housing safe every morning. The one-tonne coin, with the Queen’s head on one side and a kangaroo on the reverse, is 99.9 per cent solid West Aussie gold and worth tens of millions of dollars. It’s one-tonne weight is a further deterrent to would-be thieves.

The Mint’s gold exhibition includes two “drawcard geological specimens” – the ‘King Henry’ and the ‘Karratha Queen’ two of the world’s most valuable gold and silver specimens.

For more than 90 years, before modern protective work gear, workers felt the furnace heat through their leather clothes and gloves and in that time smelted, refined and cast 2,596 tonnes of WA gold.

Over the decades, gold dust became imbedded in furnaces, floors, walls and even the Mint’s roof. Workmen have since been despatched to the roof and assigned to the walls to scrape and dig out gold dust which amounted to hundreds of thousands of dollars.

In the Mint’s forecourt is a statue of two men, unknown to most West Australians, gold prospectors Arthur Bailey and William Ford. Their Coolgardie gold discovery in 1892 set-off one of the world’s greatest gold rushes and Western Australia was set for its golden future.

Age is no barrier…

Do you remember marching?