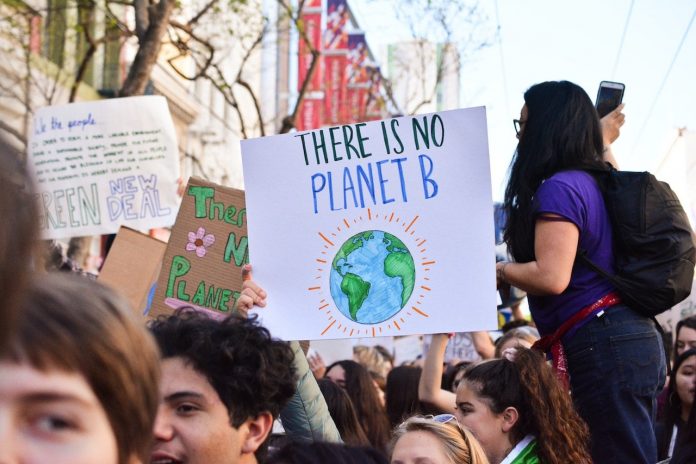 According to the Australia Talks National Survey conducted by the ABC, Australians have enormous trust in our doctors, nurses and scientists. They say this insight may explain why, when chief medical officers told Australians they needed to socially distance, most people paid attention.

Ninety three per cent of respondents trust scientists somewhat or a lot. However when it came to the statement that “climate change has been established as a serious problem and immediate action is necessary,” just 60 per cent agreed.

There is a disconnect here. We’ve known about the potentially devastating impacts of climate change for a long time. More than 50 years ago, the Stanford Research Institute warned the American Petroleum Institute that rising CO2 levels, if left unabated, could bring about climatic changes. These could include temperature increases, melting of ice caps and sea level rise.

In 1998 we saw the first global attempt to tackle carbon pollution, the Kyoto protocol.

Since that time countless conferences, assessments from the International Panel on Climate Change, scientific studies, climate observations and modelled predictions have built up a solid proof.

I found a research paper in the Australian Government Parliamentary Library dated 2008 on ‘Climate change: the case for action’ that states:

“Scientific evidence demonstrates unequivocally that the climate is changing. Furthermore, the overwhelming weight of evidence suggests that most of this change is very likely due to human influences on the climate system. The likely consequences of unmitigated climate change present serious risks to our environment and consequently to our socioeconomic productivity, security, and health. These risks can be reduced to manageable levels with mitigation action. Delaying action will require more drastic measures to achieve a desired mitigation target than early action. Early action enables businesses and industries to adjust gradually and allows time for new technologies to emerge and be commercially deployed.”

Every step of the way, the fossil fuel industry has invested in campaigns to discredit and cast doubt on the science.

Reading the survey results raised a number of questions for me. Why has it taken so long for our community to demand urgent action on climate change? What is the role of the media in providing accurate information so that people can reach informed opinions?

Looking at the link between age of respondents and agreement that “climate change has been established as a serious problem and immediate action is necessary” sheds some light on the situation. Young people are more likely to agree (75 per cent of 18 to 24 year olds) whereas in my age group (65–74) it drops to 49 per cent.

Young folk obviously have more of a stake in the medium to long-term future, but surely parents and grandparents want a safe future for their family?

When it comes to accessing information, just under half of those surveyed thought that the Australian media generally do a good job of keeping people informed about important issues. Only eight per cent said they trust journalists a lot, 46 per cent somewhat. It seems that there is a fair bit of scepticism about the veracity of the news. Maybe the publicity about ‘fake news’ during the Trump administration played a part in seeding doubts. The blatant political alignment of some large media organisations must also be a factor.

We know social media is a breeding ground for opinion rather than fact and some sensationalist climate change denier media personalities have built up a following. The tendency to report opinions of climate change deniers in equal proportion to scientific information to provide a balanced story has made people wonder who is telling the truth.

If reporting had weighted coverage according to the extent of scientific consensus, then the balance would be nearer 99 per cent about the growing certainty around observations and modelling. The public has a right to be confused.

People are seeking out a variety of news sources, with over half the people who responded to the survey question nominating the internet (news websites, blogs and social media) as the media they used the most to keep informed on news and current affairs. Only a quarter said television and even fewer nominated radio and newspapers. This doesn’t mean, of course, that these aren’t important. I know how much I value selected programs even if, individually, they aren’t my main source.

Clearly media outlets have an important role to play. So who do we trust for factual reporting of the climate situation? As a writer whose first discipline was science, I have a great trust in evidence-based peer-reviewed information.

Online, The Conversation is a great source of news, research and analysis on climate change and many other issues.

The independent, community-funded Climate Council provides authoritative advice to the Australian public on climate change and solutions based on the most up-to-date science. Their website has reports on many issues that impact us including bushfires and health.

Agencies including the CSIRO, Bureau of Meteorology, and for the south west, SWCC (the South West Catchments Council), have heaps of local environmental information and you can check out predictions by region. My ‘go to’ for daily news is the ABC. If, like some in the survey, you are unsure about the reporting on your chosen news source, you might like to check out what you are hearing against reports by the Climate Council.

International pressure for Australia to take stronger action will mean more media coverage in coming months. Many people are concerned that Australia is falling behind and missing important opportunities to develop new technologies and support business. It’s an important time to be informed. We can act at a personal level too, and support local community efforts to lower emissions. We have a voice and a vote.

Our kids are crying out for action to protect their future. Let’s get behind them.

Perth Heritage Days – celebrate the remarkable city that we live...

Preparing your home for bushfire season