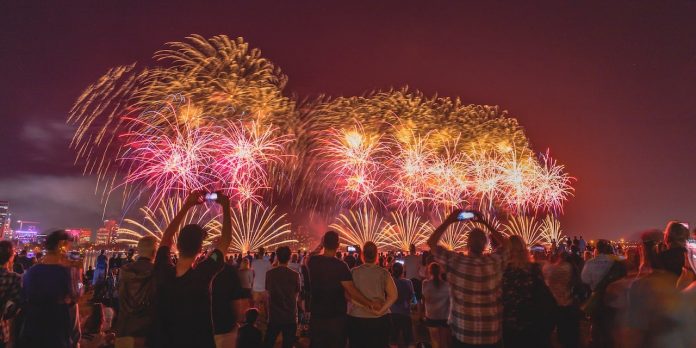 Australia, a colourful, multi-cultural nation, is facing a date with destiny to fully embrace its diversity – the date of our future national day – Australia Day. The issue won’t go away.

January 26 immediately invokes thoughts of division. That won’t do.

But we also have a patchwork of calendar dates for significant events, cobbled together since European settlement.

While considering the Australia Day date, perhaps we should be reviewing our national and state calendars. The envy of workers around the world, Australia has 11 national public holidays. Most have little national or state importance.

We take religious days off at Christmas and Easter in a nation where only a minority of people are religiously-committed and even fewer attend churches.

The vast majority of Australians accept Christmas only as a festive season for children and gift-giving. We even take a day off for New Year’s Day.

Our states have a pot pourri mix of “significant” dates. Victoria famously has a day off for a horse race. NSW has a bank holiday. Brisbane has a Show Day. Tasmania has a Royal Hobart Regatta plus a Recreation Day (in some parts).

WA has Labour Day which has significance but is rarely understood or acknowledged. The ACT has its own Reconciliation Day which is significant but limited to our smallest territory.

But our shining light is the Queen’s birthday.

The Queen’s birthday is ridiculously celebrated with a patchwork of holiday dates across Australia – none on the date of her birth. Her Majesty (who we still admire) was born in 1926 on 21 April.

In Australia, the royal birthday is held (but rarely toasted or celebrated) in June. Except for WA (September this year) and Queensland. South Australia holds the Queen’s birthday holiday in June but shares the date with Volunteers’ Day.

Will we declare a King’s Birthday when Charles takes the crown? On what dates across Australia? Perhaps WA could hold a toast in His Majesty’s Theatre).

How much relevance does 26 January have to Australia Day? Clearly, our Indigenous peoples have no reason to celebrate it.

Being the date for the start of settlement for NSW, 26 January is a milestone in the history of New South Wales. But this has no direct bearing on all other Australian States and territories.

Europeans had landed on Australian soil more than a century ahead of Captain Cook’s flag-raising and proclamation.

Like so many dates on our federal and state calendars, 26 January has questionable significance to Australia. Other countries have altered their national days and Australia could too.

What date has meaning and importance to our unique evolution over our 60,000-plus years?

That’s for a national committee to resolve. Perhaps for all Australia’s calendar dates and public holidays. After all, we are a federation.

For most national and state holidays, Aussies generally don’t know or acknowledge why they are having the days off. But they’ll take ‘em all the same.

What do you think? Email info@haveagonews.com.au with Opinion in the subject line.

Iconic blue whale skeleton will be a highlight at the new...